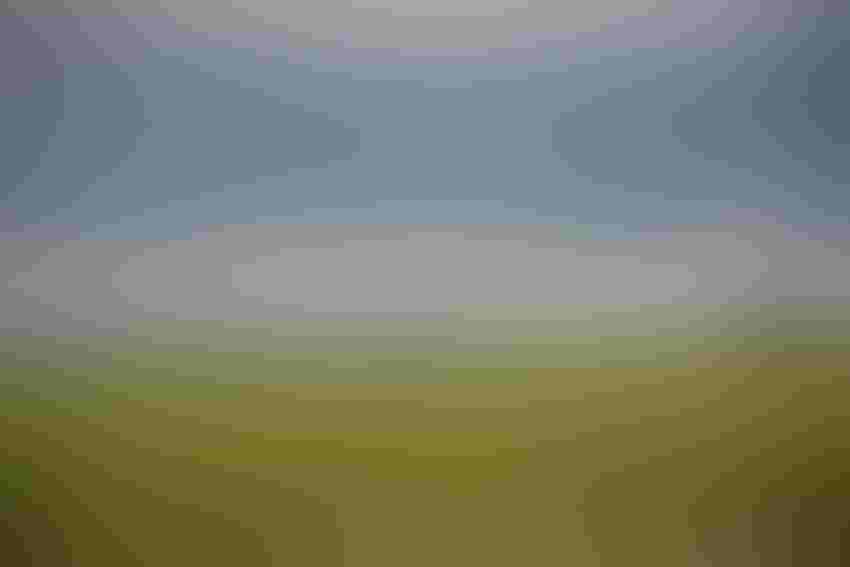 The stars at night, are big and bright,

Deep in the heart of Texas,

The prairie sky is wide and high,

Deep in the heart of Texas.

The song, written by Don Swander with lyrics from June Hershey, was a big hit in the early 1940s, especially after Bing Crosby scored a top hit when he recorded it in 1942. The song epitomizes the great open spaces of Texas, at least the way they were back in the day.

But modern times represent a contrast to the way it once was largely because of sprawling urban growth and a population explosion growth as big as, well, as big as Texas.

Even in a year of lower commodity prices, lower farm income and pressures of global marketing, agricultural land remains in high demand in parts of Texas, as noted by escalating rural land prices and extensive growth around many Texas cities.

Coastal Texas may paint a good picture of a growing trend in competition for available farm land to lease, especially property near fast-growing population centers in Southeast Texas, in the mid-coast area around Victoria and Corpus Christi, and in Deep South Texas in the Lower Rio Grande Valley.

The expansion of the Port of Corpus Christi is grabbing up a lot of land once well-suited and popular for growing grain and cotton, much of it grown on leased land. A few miles south of the Port area, the sprawl of the popular coastal city is widening on the south side of the community, where vast amounts of property being leased to farmers is now being absorbed by real estate developers trying to keep up with the demand for new homes to support the city's growth.

While cash rent property is not as hard to find around Victoria this year as it was in years past, previously farmers were vying for rental property and often competing with other farmers on price.

To the south and north of the mid-coast, expansion of industry in and around McAllen and demand for more homes and business to support urban growth is helping to shrink rural fields that not long ago supported citrus groves and fields of sugarcane and cotton. And on the outskirts of sprawling Harris County, competition for cash rents is growing rapidly in all directions as urbanization spreads and seems to be growing at a faster rate.

In Central Texas, the rapid growth around Austin and San Antonio enhances the squeeze of demand as cities grow and more and more with the influx of out-of-state businesses, industry and the need for workers to support that growth.

Back on the mid-coast, Jason Ott, Nueces County Extension agent, says in spite of low commodity prices, farmers in the southern stretches of the county have long competed for the prime agricultural land between Corpus Christi and as far south as Kingsville in Kleberg County.

"There's been a lot of interest in that area for a number of years and getting good cash rent farm land has been a competitive process," he reports.

But Ott says he is not aware how much of that is caused by urbanization of Corpus Christi's growing south side. But state and city planners in the Coastal Bend say they are having a hard time widening roads and converting rural Farm-to-Market roads because of that ongoing challenge. State Highway 286 that connects Corpus Christi to the Chapman Ranch area is a two-lane road that now serves as both a commuter route connecting north Corpus Christi's industrial district around the port to southwest residential areas of the city, and is becoming a major back road connection between Corpus Christi and Texas A&M-Kingsville. It is heavily traveled by students who reside in Corpus Christi.

Expansion to a four-lane highway has been under construction for years, an extension of Crosstown Expressway, and even road construction has been eating up fair amounts of rural farm land, not to mention the large number of residential developments in the area.

The trend expands far beyond the Texas coast. From 1997 to 2012, more than 1.1 million acres of farm and ranch land was converted to non-agricultural use in the state, according to a study from Texas A&M's Institute of Renewable Natural Resources.

Darren Watkins, county executive director of Victoria County Farm Service Agency, says a decline in the oil boom around Victoria has eased pressure on rural land for urbanization. He and agricultural economists cite Houston and Corpus Christi as two examples of what can happen when urban development replaces rural lands.

According to a report in the Victoria Advocate, Russell said producers can be deal with different types of contracts from the typical cash rent or share arrangements they typically have with land owners.

Their profit margins also decrease because the value of land rises when the development value increases, he said.

"As non-ag value increases, obviously all of that is captured by the price of land," Russell said. "Right now, we're seeing, in inflation-adjusted terms, land values in Texas are very high.”

But he admits in his area they are starting to come down, mainly because of financial factors.

He notes that breaking up plots of land, whether by being bought out or by inheritance, can pose issues for producers renting land.

Rancher Trey Ruschhaupt leases land in Victoria County to run cattle. He says he never knows how long he is going to have any of those leases.

"We have actually leased some land since 1967, but that's one of those deals that you just never know. So you have to be able to roll with it."

In the Texas Valley, the issue is not only that urbanization is requiring more and more acres of rural land, but also other problems like the availability of irrigated acres and available water, become prime issues for South Texas growers. Valley officials say heavy competition remains for production property available to farmers.

Economist predict that while agriculture will remain a major industry across Texas, there is little doubt that pressure from expanding cities and larger populations will make less land available for lease around major and expanding population centers. In the very least, it will make land rentals more difficult and potentially a lot more expensive.