Rolling walls of dust moving through Cimarron County, Oklahoma, in early January may have reminded some old timers of the devastation of the Dust Bowl. 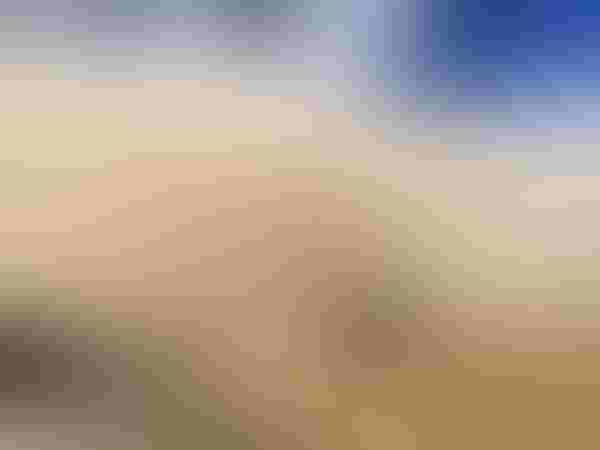 Rolling walls of dust moving through Cimarron County, Oklahoma, in early January may have reminded some old timers of the devastation of the Dust Bowl. A cold front that moved into the state from Colorado January 12 did stir up a lot of dust, according to observers, but a return to the devastation of the dust bowl is not likely.

Drought makes the land more prone to blow, says Kenneth Rose, a director for the conservation district. And drought is a common denominator with the dust storms of the 1930s and the 1950s. But different production practices in use now help farmers and ranchers hold soil on the land.

“Our area has been in ongoing drought conditions off and on since the early 2000s,” Rose said. “And at the moment no change is in sight, as is the case for most of Texas and all the Southwest U.S.”

But landowners have options.

“The best weapon against blowing dust here has been the practice of strict no-till,” he said.  “Various forms of minimum till have been used, but in the years when there have been no crops, it has been the two- and three-year old wheat stubble residue that has been our savior from blowing dust when the winds are like they were on that Sunday.

“It was interesting that day to see areas in the frontal cloud that were normal gray clouds and to see other areas that were brown with blowing dust, indicating bare fields.  No-till wheat drills that barely disturb the ground have also been a big help in maintaining ground cover.”

Rose understands the need to protect soil. He’s lived through a few dust storms. “My farm has been in our family since homestead days in 1907, and over the years it has been through several of these tough times.  I clearly remember as a child growing up in the ‘50s the dust storms that sometimes lasted for days at a time, days when the school bus would be afraid to deliver us to the country, so would drop us off in town.  After dark, when the winds would let up, our parents would come pick us up.

“Those memories remain an incentive to protect this fragile land.  Of course, irrigation has made a huge difference where water is available and adequate residue is not a problem.”

Reducing tillage and maintaining crop residue on the soil also goes a long way toward preserving the soil and minimizing damage from storms.

The worst drought since the Dust Bowl, but where’s the dust?