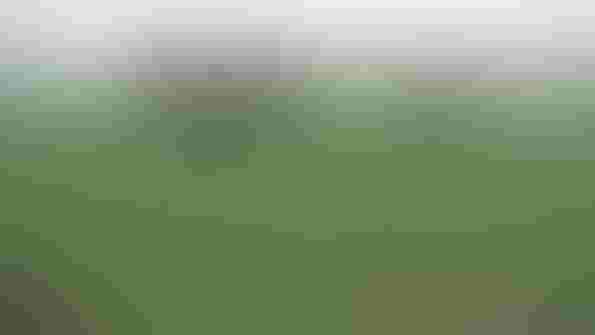 USDA scientists are developing strategies to help livestock producers control stable flies, the most damaging arthropod pests of cattle in the United States.

Stable flies are not only a problem in barnyards and stables for which they are named, but in pastures as well. AMRU entomologist David Taylor and his colleagues showed that this is partly due to the use of large bales of hay placed in fields as supplemental feed for cattle during winter. These feeding sites where wasted hay, manure and urine accumulate produce an ideal habit for stable flies.

To find an easy, inexpensive, quick way to control stable flies, Taylor tested cyromazine, an insect growth regulator that interferes with molting and proper development of an insect's external skeleton. A single application of cyromazine sprinkled on a hay-feeding site reduced the number of emerging adult stable flies by 97 percent. The treatment took 10 minutes, cost $10 per site and was effective for 10 to 20 weeks.

Other potential methods for controlling stable flies include what AMRU entomologist Jerry Zhu calls a "push and pull" strategy. The "push" requires using a repellent to drive flies away from livestock. Treatments contain effective plant-based repellent chemicals like catnip that are low in toxicity. The "pull" involves developing natural attractants or substances associated with the flies' environment to lure and trap them.

So far, Zhu and his team have developed several catnip oil formulations to reduce stable fly field populations. In collaboration with Microtek Laboratories, Inc., of Dayton, Ohio, the researchers are testing a new granular catnip product that prevents stable flies from laying eggs.

Read more about this research in the January 2013 issue of Agricultural Research magazine.