The Senate plan’s most pronounced differences from the House bill include provisions to delay a corporate tax-rate cut by one year and to make various individual tax breaks expire by 2026. 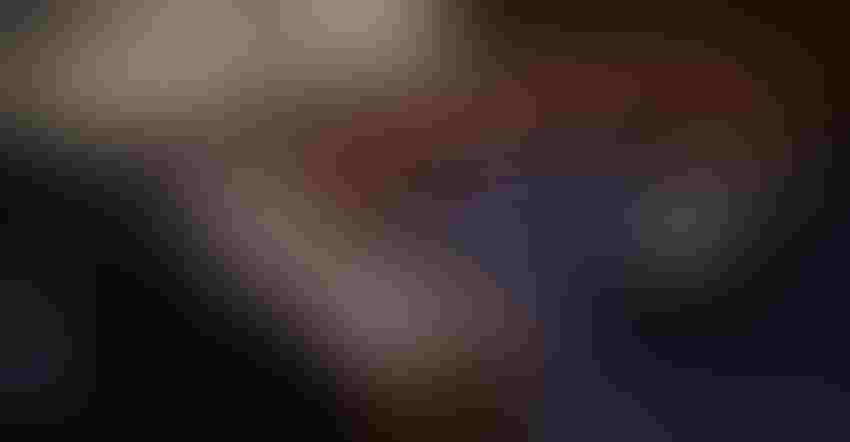 Members of the Senate Finance Committee participate in a markup of the Republican tax reform proposal on Nov. 15, 2017 in Washington, DC.Win McNamee/GettyImages

Hours after House Republicans jubilantly passed their tax bill, their colleagues on the Senate Finance Committee approved a far different version -- one that postpones difficult questions as lawmakers rush to refashion much of the U.S. economy on a tight timeline.

The Senate plan’s most pronounced differences from the House bill include provisions to delay a corporate tax-rate cut by one year and to make various individual tax breaks expire by 2026. Thanks to an 11th hour change in the Senate Finance panel, the two plans would both create new limits on the carried-interest tax break that benefits investment managers.

The GOP’s sternest challenges may arise from other provisions. Early opposition among Senate Republicans has emerged over the tax treatment of partnerships and other pass-throughs, the repeal of the Obamacare individual mandate and the potential deficit implications of the plan. Questions abound regarding international tax measures.

For Republican leaders, each such dispute represents a loose thread -- if any one is pulled too hard, the entire tax package could unravel.

The four-day long Senate Finance Committee markup, which lasted almost 12 hours on Thursday, was filled with heated exchanges. Democrats fumed about what they described as an unusually speedy and secretive process, while Chairman Orrin Hatch called Democrats’ efforts to use the amendment process to attack the legislation “a charade.”

Tensions boiled over Thursday night as Democratic Senator Sherrod Brown of Ohio said the GOP just stood for tax cuts for the rich. Hatch responded: “This bullcrap you guys throw out here really gets old after a while.” Then, as a vote was being recorded on an amendment Democrats sought, Hatch said he forgot to say “nay” because he was so mad. The amendment -- like many others Democrats offered -- was defeated on a party-line vote.

Senator Ron Wyden of Oregon, the panel’s top Democrat, slammed the process, saying Republicans were offering up “one partisan provision after another, when we’ve been kept in the dark” by the majority.

The rancor reinforced what many had already anticipated -- that the GOP tax plan is unlikely to get any Democratic senators on board. That makes it crucial for Senate Republicans -- who control only 52 votes in the chamber -- to lose no more than two members. Under budget rules that Republican leaders plan to use to fast-track their bill past Democratic objections, the tax bill’s revenue cost must stay under $1.5 trillion, and it can’t add to the long-term deficit.

The legislation is likely to change on the Senate floor to address Republican members’ concerns. Senator Ron Johnson of Wisconsin has come out against the package as is, complaining that it unacceptably disadvantages pass-through entities relative to corporations. During the Finance panel’s markup of the plan, Senate Majority Whip John Cornyn said Republicans “still have quite a bit of work to do” to ensure pass-throughs are properly addressed in the legislation.

Senators Bob Corker of Tennessee, Jeff Flake of Arizona and James Lankford of Oklahoma have said they don’t want tax cuts to add to the deficit. Senator Rand Paul of Kentucky has demanded no middle class tax hikes for “every American,” a high bar the plan doesn’t meet, according to many recent independent analyses.

The proposal would lead to a 13% tax hike on Americans making between $20,000 and $30,000 per year by 2021, according to a study released Thursday by the Joint Committee on Taxation. After that year, that income group would continue to see a tax increase -- rising to a 25% hike by 2027, JCT said.

Senators Susan Collins of Maine and Lisa Murkowski of Alaska have said it’s a mistake to include repeal of the Obamacare individual mandate in the tax bill, fearing that would disrupt the health-care system.

How Senate GOP leaders will bridge those concerns remains a mystery. The GOP’s narrow vote margin in the chamber scuttled efforts to repeal Obamacare earlier this year. But the tax effort represents the party’s last best chance to go home for Christmas with a major legislative achievement during President Donald Trump’s first year in office.

Senator John McCain -- who was opposed to the so-called skinny repeal of Obamacare that scrapped the individual mandate back in July -- applauded the Senate Finance Committee for completing its tax legislation markup. McCain has pushed for a regular-order process for a tax bill with bipartisanship.

“I am pleased that the Finance Committee has followed the regular order by holding numerous hearings and spending four days debating the bill and considering amendments in committee,” McCain said in a statement Friday.

Even if the GOP can get 50 Republican senators on board, it also has to get 218 representatives to support the final plan. As it stands, the House bill has key differences from the Senate version.

One major sticking point will be individuals’ state and local tax deductions -- the Senate bill ends them entirely, while the House bill allows as much as $10,000 in deductible property taxes. The House version’s compromise was critical to winning the votes of lawmakers in high-tax districts such as New Jersey’s Tom MacArthur, Virginia’s Barbara Comstock, New York’s Tom Reed and Pennsylvania’s Ryan Costello.

The Senate has no Republicans who represent the states most dependent on SALT -- New York, New Jersey, California and Illinois -- and its tax writers are relying on fully repealing the tax break to raise revenue to comply with Senate rules. But that could mean jeopardizing the legislation when it returns to the House. Comstock and Costello -- who are top Democratic targets in the 2018 elections -- both described their “yes” votes on Thursday as intended to advance the process, and wouldn’t commit to backing the final bill.

“We’re going to continue to work on it,” Comstock said. “Legislation is a process. It always is.”

To contact the reporter on this story: Sahil Kapur in Washington at [email protected]

To contact the editors responsible for this story: Alexis Leondis at [email protected]