Program would pay $100 per acre for conservation practices. 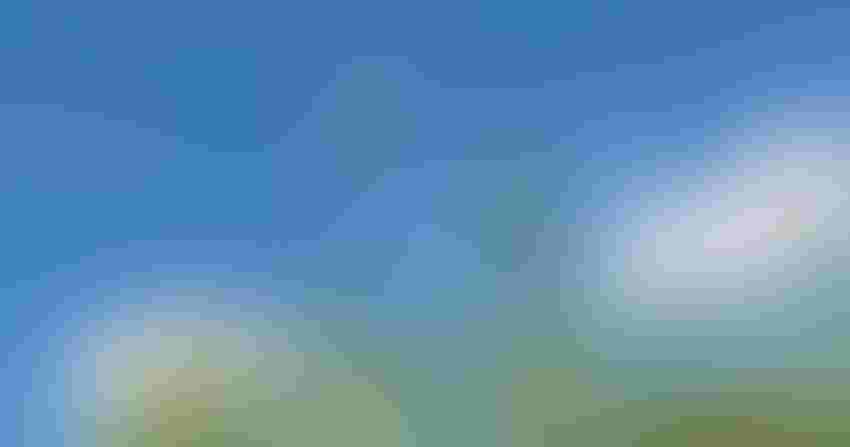 The RIPE program is trying to help create a national climate smart program to provide producers a reasonable return to their practice.Farm Press

Farmers in Arkansas, Minnesota, North Dakota and Virginia could soon be eligible to participate in a USDA pilot project that would provide up to $100 an acre for climate smart practices such as cover crops, planting no-till or manure management.

The Rural Investment to Protect Our Environment or RIPE has applied for a USDA pilot project in which growers could work with their local conservation districts in those states on soil and carbon-conserving practices.

RIPE is a coalition of farmers, ranchers and agricultural trade association representatives who have been working on building a consensus behind the concept that farmers shouldn’t have to bear the expense of conserving soil and water and keeping carbon in the soil rather than releasing it into the atmosphere alone.

“These practices are all things we know deliver more than $100 an acre in public benefits,” said Aliza Wasserman-Drewes, executive director of RIPE. “So farmers would then be compensated with $100 per acre for adopting these practices.”

RIPE has submitted a proposal to USDA’s Partnership for Climate-Smart Commodities for $100 million to fund a pilot project. As part of the project, local conservation districts would provide support or technical assistance if needed.

The proposal was submitted in partnership with the Arkansas Department of Agriculture Natural Resources Division, Minnesota Board of Water and Soil Resources, North Dakota Farmers Union and the Virginia Department of Conservation and Recreation.

“A big part of what we’re trying to do is create the architecture of how a national climate smart ag program could provide producers with a reasonable return above their practice and policy costs, and that reflects the public benefits,” said Wasserman-Drewes.

“We would work with these organizations and many others to host roundtable discussions where producers will get together, learn about the pilot and provide feedback on improvements they would want to see for a national program. There’s a lot of refinements that need to be made, and we would be soliciting input from producers around the country to make those refinements.”

The request for funding comes as Congress is conducting hearings on the farm bill that is scheduled to be passed when the Agriculture Act of 2018 expires in 2023. RIPE is attempting to advance its policy architecture as part of the 2023 farm bill authorization.

“A core goal is to not compete with existing safety net programs,” according to a statement on RIPE’s website. “The program would be authorized within the farm bill, and the program’s main funding would come from new money for climate programs.”

Wasserman-Drewes says she believes USDA wants to start the pilot project in the next few months because of the Biden administration’s emphasis on new initiatives to combat the devastating impacts of climate change such as drought and wildfire conditions in the West and extreme weather in the remainder of the country.

“USDA says they plan to announce some of the Climate Smart Commodity Program recipients in July or August,” she said. “Because we’re so far into the season, we would probably spend the first few months planning and getting everything ready. We would love to get started sooner, but, realistically, it would probably be the 2023 growing cycle before stuff gets in the ground and money gets out the door to producers.”

Another element of the pilot proposal is working with scientists at Virginia Tech University on developing an air quality model specific to livestock that would “analyze the public benefits from livestock conservation practices and create a payment proposal that reflects benefits in a more precise way,” she said.

“Another element of the proposal is to partner with sustainable food labs and work on what a private market certificate could look like? A producer would join this USDA program called RIPE100. Then you would get a certificate to take to the private market and show you’ve participated in these practices that are beneficial and be able to sell them to private market participants. Those participants can then demonstrate they’re investing in supporting producers.”

The four states were selected for the pilot project because the Rural Investment to Protect Our Environment coalition has existing relations with producer groups such as the Arkansas Rice Federation and the Agricultural Council of Arkansas in those states.

“This also provides us with thinking about different ecologies and diverse agricultural commodities in these regions,” she said. “Our goal, again, is to make this relevant for the whole country. So we want producers in every state to be able to participate. This is just to get things rolling.”