Globally, the market is strong. However, change is in the air. 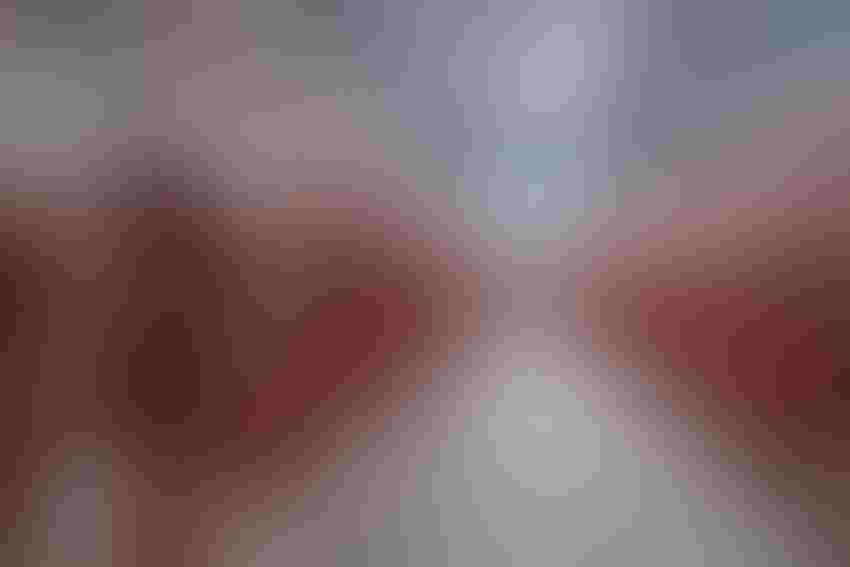 Rabobank has released their third quarter outlook for 2022. The global beef market remains strong. However, that could change depending on consumers pocketbooks in the remainder of the year.

Most beef retail prices continued their upward trend in the second quarter or remained steady. Although quarter two prices did not rise much above the first quarter, most are sitting between 5 percent and 11 percent higher than the second quarter of 2021. The United Kingdom is a notable exception with negative growth both month-on-month and year-on-year for the quarter, as consumers respond to high prices.

Retail beef prices in Brazil have seen a significant growth of 51 percent in the last two years, driven by strong export volumes. While government stimulus and the FIFA World Cup may support consumer interest in beef over the coming months, in the longer term, higher prices will be a test for the Brazilian consumer and will likely shift beef into export trade.

Evidence of declining consumer confidence in the face of slowing economies and rising inflation is building. In general, beef markets are resilient to changes in economic conditions. However, Rabobank sees movement within supply channels and price points that tend to favor cheaper options, such as ground beef and quick-service restaurants over mor expensive cuts and consumption channels.

Cattle markets remain favorable, supported by either seasonal conditions, in the case Australia and Brazil, or by strong demand, in the case of the USA. Cattle prices in some countries experienced a decline: Australia, Brazil, Argentina, and New Zealand all saw cattle prices drop from quarter one to quarter two. This is despite the support provided by many of these countries’ currencies depreciating against the USA dollar over the same time.

Production volumes across major exporting areas are expected to remain relatively balanced over the next 12 months with volume increases in Australia and Brazil off setting an expected decline in the USA. With ongoing drought conditions, cattle liquidation continues in the USA, while production volumes remain restricted in Australia due to processing capacity limitations.

Will prices be trimmed?

Tight global supplies and strong summer demand pushed global beef prices to record highs over the past year. However, the spillover effects from the easing of Covid restrictions, rampant inflation and slowing economic growth-are starting to impact consumer’ spending habits. Typically, consumption of trimmings, a lower priced beef item, remains firm in slower economic downturns as consumers trade down into this category.

Globally, beef production has been relatively flat. Among the major producing and exporting countries, growth is expected to be more or less in balance through the second quarter in 2023, as expansion in some countries is offset by contraction in others.

Among the large global beef exporters, Brazil, Australia, and New Zealand export large volumes of trimmings. As production in Brazil and Australia is forecast to grow into 2023, Rabobank expects the volume of trimmings exports to increase. In the case of Australia, where increased herd inventory will generate additional grass-fed and female slaughter numbers. New Zealand’s lean trimmings supply has remained steady despite processing constraints caused by labor shortages.

Current demand for trimmings is firm

After being supported in the first half of 2022, trimmings demand is expected to lift further in second half of 2022. Major importers of trimmings include the USA, China, Japan and South Korea. With these countries facing slower economic conditions in second half of 2022, Rabobank expected consumer purchasing decisions to favor the consumption of trimmings. The USA and South Korea face high inflation pressures, while China and Japan continue to struggle with slower economic growth off the back of Covid.

Rabobank expected consumption volumes of trimmings to remain strong and potentially increase in the second half of 2022, as consumers are expected to trade down to lower-value beef cuts and cheaper proteins. This should support the US demand for trimmings from both domestic and imported sources, given its large consumption of ground beef.

In the USA, the slowing of cow liquidation is the key factor influencing an upside potential for lean trimmings prices over the next six months. However, current forecasts indicate that the likelihood of a La Nina for the second half of 2022 has increased slightly, suggesting no change in season conditions and expect the cow liquidation to continue until the weather improves. Current high volumes of domestic production are reducing the need for imported products, but if domestic production contracts, higher import volumes would be needed.

Australia and New Zealand would be best positioned to take advantage of any increase in the USA lean trimmings imports in the second half of 2022. Brazil increased its exports to the USA in the first quarter of 2022 filling the available USA quota. The out of quota tariff rates make it less attractive for Brazil to continue exporting beef to the USA for the remainder of 2022.

Demand for China through the second half is anticipated to remain firm, despite ongoing COVID restrictions and a weak economy. Brazil is the largest supplier of beef into China and should see ongoing demand for trimmings and other cuts.

Back in the USA

Poor pasture conditions has sent calves and feeder cattle into feedyards at a faster pace in the first half of 2022. That kept July 1 on-feed inventories near year-ago levels at 13.4 million head, but reduced supplies outside of feedyards by 1 million head. As a result, Rabobank expects a more noticeable shortfall of market-ready cattle by winter.

Beef production through quarter two ranged from steady to larger than last year and that will continue into year end. A 1.5% increase in 2022 cattle slaughter will more than offset a two-pound decline in carcass weights, resulting a 1.2 percent beef production increase for 2022.

The USA beef cow herd has liquidated at a record-high pace inside the start of 2022. Beef slaughter was up 12.7 percent for the first six months of the year and the 4 million head forecast for annual slaughter is nearly 500,000 head above last year.

The USA beef cow herd has liquidated at a record-high pace since the start of 2022. Beef cow slaughter was up 12.7% for the first six months of the year, and the 4 million head forecast for annual slaughter is nearly 500,000 head above last year.

In late July, 54 percent of the beef cow herd was battling at least moderate drought levels. Over the last 20 years, only 200 and 2012 saw more the July herd in drought-affected areas. With a La Nina weather pattern forecast into the winter, the downtrend in cow numbers, feeder cattle supplies and ultimately beef production could mirror the 2014 cycle lows by 2024 or 2025.

Fewer pandemic-related disruptions have led to less volatility in supply, demand and ultimately price. Recent price trends have shown more resilience during what is typically a seasonal downtrend in the late summer months, The boxed beef cutout has traded in a +/- 2 percent range around a USD 262/cwt average since May 1, which is the tightest trading range over that period in 20 years.