Building on success with the Solix Scouting robot, the new tool allows machine to take action if it spots weeds. 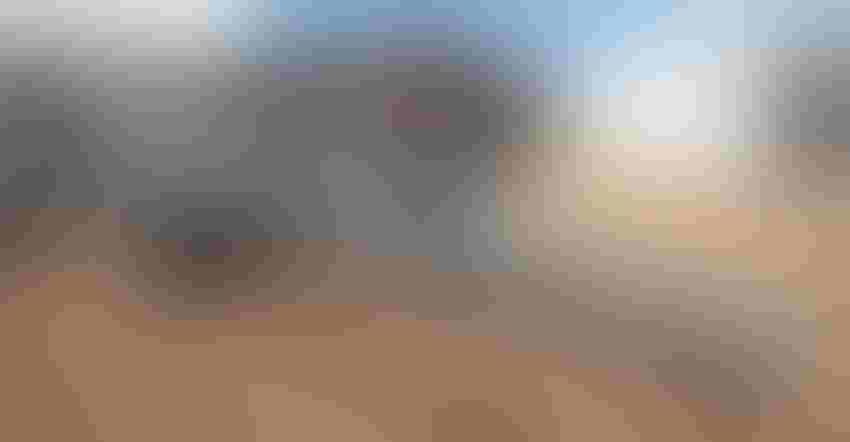 REALLY SMART SPRAYER: The new Solinftec Solix Spraying Robot is design to scout the field and spray weeds as it ‘sees’ them. The company works with a number of U.S. partners and will launch the sprayer in 2023.Willie Vogt

Check out a video with Solinftec at the end of this story.

When Solinftec, a Brazil-founded technology firm, started expanding in the United States it garnered plenty of attention. The company is working with a range of partners including Growmark and Purdue University to deploy its solar-powered Solix Scouting robot.

But Leo Carvalho, Solinftec director of operations, found that in that experience, the company learned something. “Farmers not only wanted to know if there was a problem in the field, they wanted to be able to do something about it,” he explains. That drove an innovation launched at the 2022 Farm Progress Show this week – the Solix Sprayer Robot.

Built on the base Solix Scouting robot, the new sprayer adds 12-gallons of tank capacity and a 40-foot spray boom. Along the boom there are cameras that can see trouble and using machine learning and artificial intelligence, the system can identify weeds and spray.

“Instead of seeing a problem then bringing a full-size spray rig to the field, this robot can spray as it sees a problem,” Carvalho says. That speeds reaction to trouble, but also means keeping heavier, compaction-causing machines, out of the field.

The autonomous sprayer weighs in at just over 500 kilograms, about 1,100 pounds, and Carvalho notes this reduces compaction concerns. In addition, the machine is always at work powered by four solar panels that control the drive system and spray system while providing reports on crop populations, weed identification, disease identification, insect populations, nutrient deficiency identification and densities, normalized differential vegetative index map layers and more useful data. And the machine is operating 24/7.

And while it can provide all that data, for crop management, the new sprayer is focused on weed control.

In a single day, the machine can provide weed spot spray maps with analysis on inputs saved and can service up to 96 acres per day depending on field shape and terrain. Carvalho adds that with its spot spray design it can reduce crop protection use by up to 70%. In addition, the electric-power design means less greenhouse gas emissions on the farm.

Carvalho notes that global agriculture is under pressure to produce more food on the same or less land in the future, pushing the need for greater efficiency. The autonomous crop scout provides a constant stream of information as the machine moves about a field, adding a sprayer brings quicker action.

“Weed detection is a leading issue in fields across North America and the Solix Sprayer is designed not only to monitor and scan fields like the original scouting version, but detect and manage weeds with technology that allows the device to spot spray into the plant instead of from above, eliminating drive and compaction caused by larger machines,” he adds.

The original Solix robot is a kind of chassis on which the sprayer has been mounted. Carvalho notes there are other tools that could be added to the system in the future to help farmers manage more inputs. What the company has created is a starting point for more autonomous work in the future. “We’re already using different sensors in Brazil with this machine,” Carvalho says.

Pilots for the Solix models are currently running in North America in partnership with Growmark, Purdue University in the U.S., and Stone Farms and the University of Saskatchewan in Saskatoon, Canada.

The new sprayer will be manufactured in the United States by McKinney Corporation, and Carvalho says the company has already sold machines to users in Canada. Full launch of the autonomous sprayer is targeted for all of North America in 2023.

Founded in Brazil, Solinftec has U.S. offices in Indiana. You can learn more about the machine by visiting solinftec.com.