For 70 years now we’ve been throwing increasing amounts of money at problems we created in the name of efficiency. 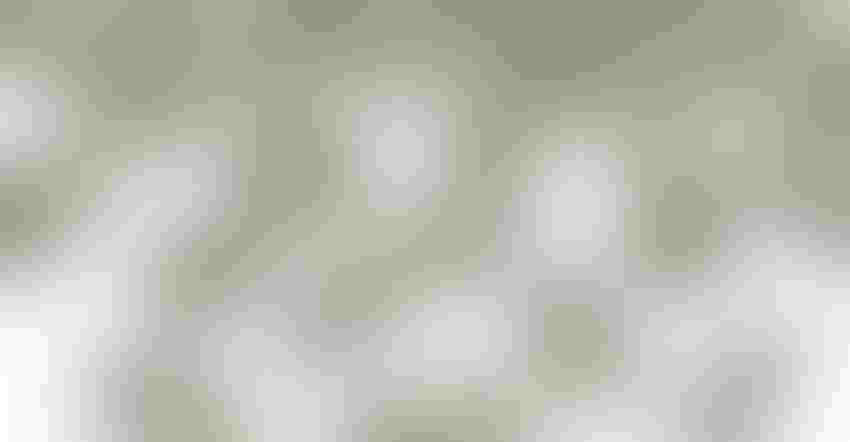 Our society has had relatively ample money for a long time and we have tended to supplant management solutions with money solutions to our detriment, the author says.ONYXprj-iStock-GettyImagesPlus

Agriculture has become an endeavor with extremely low returns on investment. Routinely, more money is put at risk than can be justified by the potential for profit. This would be troublesome for a low-risk business, but given the amount of risk common in agriculture today, it is deadly.

The deficiency of income to expense is primarily due to a tremendous increase in the number and amounts of inputs utilized. Large sums of money are spent in efforts to counteract problems such as infestations of weeds, disease and insects, which are caused by the decline in health of soils, plants and animals. Those losses are brought about or made worse by damage from agricultural practices to the foundational ecological processes.

There are direct correlations between losses of ecological health and increased expense of production. There are also strong relationships between these losses and the nutritional quality of foodstuffs. The mineral contents of foods, both plant and animal, have decreased dramatically since industrial agriculture became the norm. Soils that have lost organic content, including soil life, produce plants lacking in nutritional value. Animals and humans fed these lower-quality plants suffer nutritional deficiencies and accompanying health problems. Soils that have lost organic content also lose the ability to take in and store water and air. The “expert” remedy for such soils is irrigation or deep tillage. Both solutions have high costs and neither solves the sick-soil condition.

To address these and other problems, modern agricultural management theory stresses two factors.

1. Supply missing nutrients from outside sources.

2. Kill off competing organisms of all sorts.

Both these practices overlook, and in fact denigrate the ecological, financial and sociological values that derive from a healthy and diverse soil-plant-animal complex managed to create wealth and benefit humans.

In the name of efficiency, successful practices and philosophies developed and tested over hundreds of years have been consigned to the trash bin. These include multi-species animal-based agriculture, green manure crops, cover cropping, and diversity of cropping enterprises.

The doctors’ Hippocratic oath of “first do no harm” is good advice, but better advice that would cure the problem rather than only treat symptoms is this: “Use no practice that does not benefit all parts of the soil-plant-animal-wealth-human complex.”

Few agricultural practices currently in common use can meet this standard. Instead, we spend time and money searching for “silver bullets” to treat weeds, insect pests, and other maladies. Problems can be greatly decreased and results greatly improved if this energy were directed toward improving growing conditions for all parts of the local ecology.

Agriculture should be about promoting life. Such a goal should be to increase the total amount of life of all kinds. Weeds, insect pests and host-specific pathogens all flourish in areas of low biological diversity. Since World War II, the advice from all sources has been “bigger is better.” Bigger equipment, higher yields, bigger animals have been the goals and they have been met. Profitability, both financial and ecological, has received little attention.

There are numerous practices that can reduce the damage to the ecological processes and improve financial pictures, but few techniques offer as much benefit as returning pastured animals to the cropping regime. The values of biodiversity have been largely overlooked in the rush for efficiency.

Monocultures, whether they be of plant, microbe or animal, concentrate pests of the favored organisms and create shortages of resources in heavy demand by these entities. We have become very good at killing pests of all kinds but are woefully lacking in creating the conditions that prevent these pests from proliferating.

The good news is that most of the pest organisms that so bedevil our production plans do best in degraded environments. For example, weeds cannot stand prosperity. Understand that this prosperity does not mean high levels of nitrogen, phosphorus and potassium fertilizer. Instead it means the creating the conditions established by functioning water cycles, balancing the quantities of mineral nutrients cycling back and forth between organic and non-organic forms, and capturing large amounts of solar energy so it flows through the local ecological system.