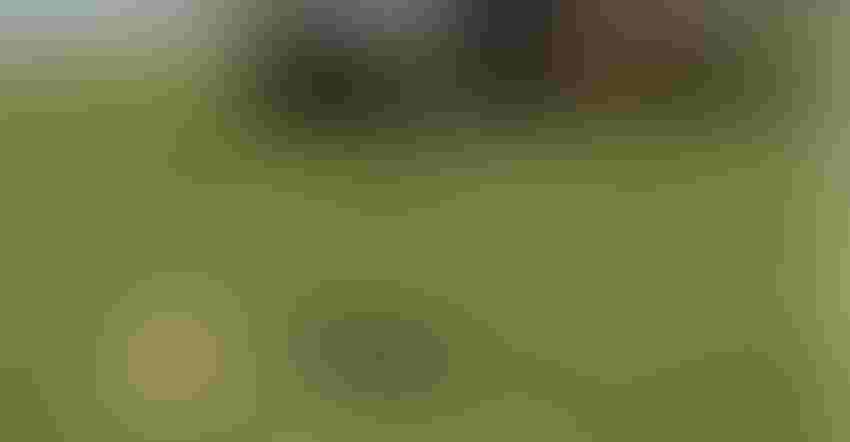 GOOD GRASS: Although 99% of eastern Nebraska brome pastures are seeded to the old Lincoln smooth brome, an ENREC study finds cow-calf pairs and feeders do better on pastures seeded with newer varieties.

When we look at grazing, we often forget that all forage seeds are not created equal when it comes to digestibility. When Dennis Bauer, Nebraska Extension educator emeritus, spoke at a beef profit tips meeting in Center recently, he noted how much difference in-vitro dry matter digestibility can make among different pasture grasses when it comes to average daily gain on calves.

A 1995 study at the Eastern Nebraska Research and Extension Center at Mead looked at mean yield on intermediate wheatgrass. Among four different kinds of wheatgrass planted in the study, all of them produced more than 3 tons per acre, Bauer said.

However, in vitro dry matter digestibility (IVDMD) between the most digestible type of wheatgrass and the least in the study made a difference of 0.4 pound average daily gain on yearling steers. If you multiply that difference in gain by the number of days the steers were grazing, you come up with 90 pounds of beef per acre gain on the more digestible variety of wheatgrass in the study.

"That difference would pay for the fertilizer cost on the pasture," Bauer said.

Among intermediate wheatgrass varieties, Bauer suggested planting two new cultivars, Beefmaker and Haymaker, which have been selected for increased yield and IVDMD.

Smooth brome in some regions is considered more of a weed than anything else, but Bauer noted the high productivity of brome grass in the eastern sections of Nebraska.

"Ninety-nine percent of the smooth brome pastures we have in the eastern part of the state were planted to Lincoln brome, which was developed in the 1940s," he said. A fairly recent study at ENREC in Mead among brome varieties included the old Lincoln variety, Meadow brome, and the newer Newell variety.

In the study, both Meadow and Newell varieties had better digestibility than the old Lincoln brome, he said. "Newell had 14% to 15% greater ADG than Lincoln," he said. The average daily gain, for instance, for calves grazing Lincoln brome in one study was 2.76 pounds per day, compared to 3.15 ADG on Newell. That translates to 70 pounds more body weight gain per acre per year from Newell brome.

"If you consider the lifespan of a brome pasture is between 20 and 30 years, that adds up," Bauer said.