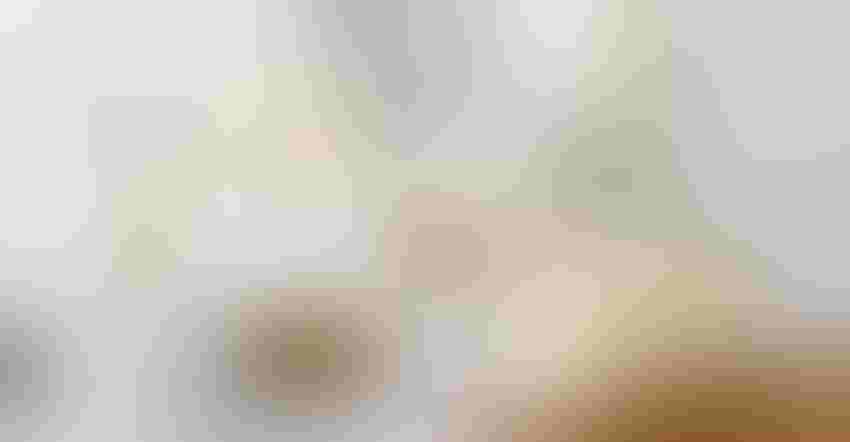 MIXED SALES: Fluid beverage milk sales declined another 2% last year, with modest growth in butter and cheese sales. According to economist Bob Cropp, this type of pattern is expected to continue through 2019. istetiana/Getty Images

Fluid beverage milk sales declined another 2% last year, with modest growth in butter and cheese sales. According to Cropp, this type of pattern is expected to continue through 2019.

By December 2018, exports on a total milk solids basis had declined to 12.8% of milk production. Looking ahead, there are some positive factors for exports. Milk production is expected to show only a modest increase in the European Union and a reduction in Australia, and a possible drought in New Zealand could dampen their milk production, Cropp says. “World dairy product prices are increasing. But as long as retaliatory tariffs exist, exports will be hindered. USDA forecasts 2019 exports on a milkfat basis to be down 3.8% and on a skim-solids basis up just 1%.”

Despite a slower growth in milk production, ample cheese stocks, modest growth in domestic demand and reduced growth in dairy exports have kept milk prices from showing much improvement.

“To get $16 Class III prices, cheese needs to get above $1.70 per pound,” Cropp says. “It looks like March Class III will increase to about $14.95. Dairy futures continue to show very slow price recovery, with Class III reaching the low $15s in April and not reaching the $16s until August, and only topping out in the low $16s in October. But I look for the Class III price to do better than this. After four years of low milk prices and starting 2019 with low milk prices, the growth in milk production is likely to stay below 1% for a while.”

The number of licensed dairy herds in 2018 declined 2,731, or 6.8%. Herd numbers continue to fall, according to USDA. Cow numbers will likely continue to decline through at least the first half of the year.

“Slaughter cow numbers continue to run above a year ago, and the number of dairy replacements expected to enter the dairy herd during the year are down 1% from a year ago,” Cropp says. “With some forage quality issues until a new crop and lower returns over feed cost, the increase in milk per cow is likely to be dampened. So, I see the possibility of much stronger Class III prices for the last six months, and reaching the mid- to high $16s by fourth quarter.”

Butter prices have held around $2.28 per pound and should stay there and strengthen some by the fourth quarter, Cropp predicts. Nonfat dry milk prices should hold close to 95 cents per pound and higher for most of the year.