Nematodes don&rsquo;t head south for the winter and other &lsquo;off season&rsquo; warnings. 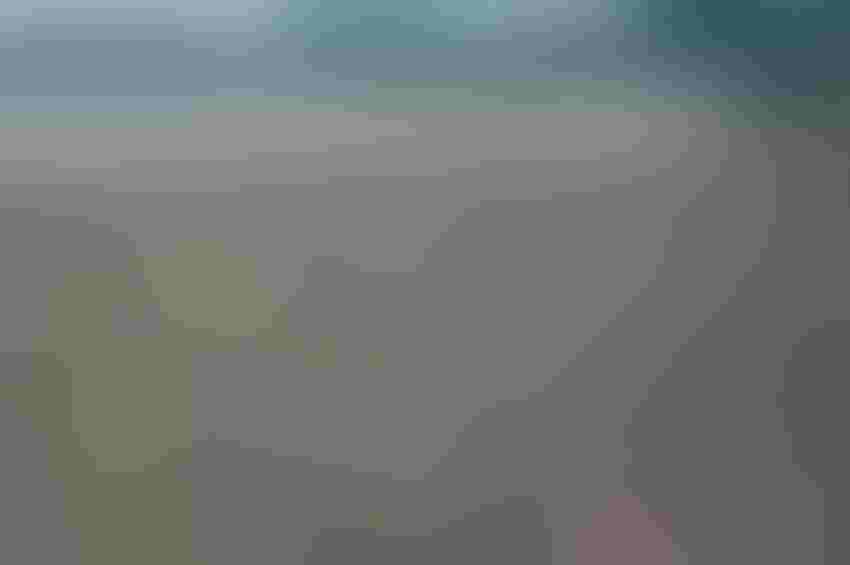 <p>Under optimum conditions, root-knot nematodes may complete a life cycle, from egg to an adult female that can produce eggs, in 20 days.</p>

Winter months are for many farmers the “off season” for row crop disease management.  This occurs not only because cotton, corn, soybeans, peanuts and most other agronomic crops are out of the field, but also because cold weather and soil temperatures affect the pathogens or disease-causing agents.

Although the nematodes do no more damage to the cotton crop once it is harvested, continued feeding following harvest may allow for increase of the population for the next season.  Under optimum conditions, root-knot nematodes may complete a life cycle, from egg to an adult female that can produce eggs, in 20 days.  Hence, if cotton is harvested in early October, but not killed by cold weather until mid-December, the possibility exists that two more complete generations of nematodes will be present in the field.  If stalks are destroyed earlier, then the increase in nematode population will be reduced.

The pathogens that cause some diseases, like southern corn rust, soybean rust and peanut rust, only survive on a living host.  Without corn and peanuts in the field, the pathogens causing rust diseases will not survive the winter.  Spores of the soybean rust pathogen can infect kudzu and other plants; however none of these is expected to survive except during a very mild winter or in southern Florida.  Until spores of these rust fungi are reintroduced to our fields in the coming season, sometimes from great distances, new disease will not occur.  Sentinel plots programs for management of soybean rust and southern corn rust have been so effective because such scouting for first detection gives growers the “heads up” for when to best initiate a fungicide program.

Most pathogens that affect our southern row crops actually remain in the field after harvest and are “waiting” to infect the next susceptible plant.  Some fungal pathogens survive on the residue and debris from the previous crop.  They remain largely inactive throughout the cooler months and become infective when conditions are favorable in the spring.  Examples of such include diseases caused by Rhizoctonia solani, peanut leaf spot diseases, northern and southern corn leaf blights, grey leaf spot on corn, frogeye leafspot of soybean and target spot of soybean and cotton.  It is unlikely that conditions will become so averse, e.g., cold, that the overwintering pathogens will be killed.

Other pathogens, to include those that cause stem rot (“white mold”) of peanut and soybean, charcoal rot affecting corn, cotton and soybeans, and Cylindrocladium black rot (“red crown rot”) produce durable “seed-like” propagules that can survive several years in the residue and soil until they re-infect a susceptible host.

There are two very effective strategies for management of pathogens that overwinter in the crop debris or as survival structures in the soil.  The first is crop rotation.  Planting non-host crops in a field following a susceptible crop allows for the passage of time during which the infected crop residue may deteriorate, depriving the pathogens of a food source.   Durable survival structures may lose viability as energy reserves are depleted.  Complete depletion of energy reserves may take more than one season; however rotation away from a crop for even one season will reduce disease severity.  A second strategy is to take steps that will hasten degradation of the crop residue.  Harrowing, chopping and deep-turning debris will hasten degradation and reduce the use of such as a nutrient source for the pathogens.  Also, deep-turning of disease-causing propagules and spores will expose them to microbial degradation.

The old adage “out of sight, out of mind” is true for plant pathogens and parasitic nematodes.  Without symptoms of disease in the field, it is easy to forget that disease-causing agents are not only present in the soil but are also vulnerable to tactics deployed by the grower.  Destruction of crop debris and cotton plants, deep-turning of soil and even fall-soil fumigation are all ways to reduce the severity of disease and nematodes in the spring.