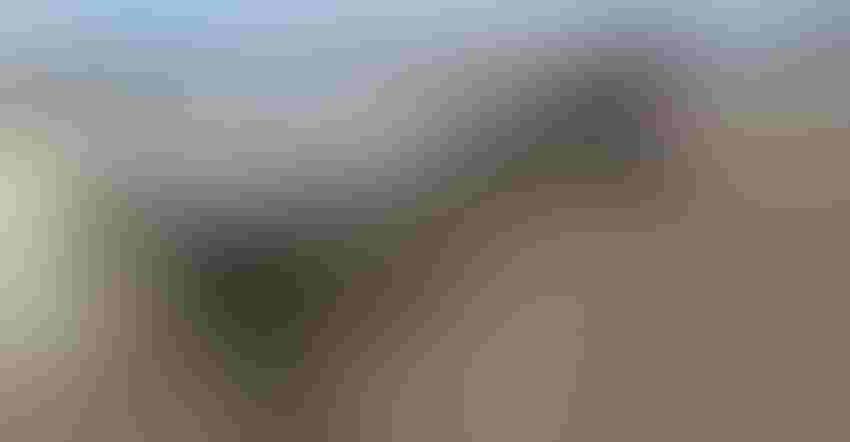 But what if you could get 100% beef calves from those same cows, potentially bringing more value. Select Sires, through a partnership with J.R. Simplot Co., thinks it has a solution. Select Sires is now the exclusive marketer of Simplot’s SimVitro HerdFlex branded beef embryos in the U.S. — except for California, Oregon and Washington.

According to a Select Sires press release, beef calves with superior genetics have the potential to earn a better return on investment compared to dairy beef crossbreeds or straight dairy calves.

Simplot, according to the press release, is the largest beef cattle producer in the West with extensive farm and ranch holdings.

Chris Sigurdson, general manager of Minnesota Select Sires Co-op, says the decision to partner with Simplot goes back two years when the firm started looking at possible business opportunities in the embryo space. At the time, Simplot was finishing construction on a meat production plant in Kuna, Idaho, and had come up with a way of sourcing unfertilized ovaries from beef cows at a much higher volume and at a lower cost.

“So really, it’s the fact that they had 18 years of IVF experience and a vision for … large-scale production of embryos that caused us to look deeper at … the possibility of working with them,” he says.

Breeding programs are important for dairy farms not only to ensure the next generation of cows produce as well or better than the previous generation, but also to see if there are opportunities to make money off cows that don’t produce.

Dairy farmers, he says, have become much better at calf care and reproduction over the years, so it’s become standard for extra cows to be bred for beef. But there are questions about how these crossbred calves perform from a feeding and processing standpoint, and market prices haven’t been too favorable lately for these calves.

“So the concept of a straight-bred beef calf via a beef embryo is intended to still utilize those extra pregnancies but re-boost the value of those calves," he says. “At the same time, we're challenging dairies to give some serious consideration about not just being a dairy producer, if you will, but also being a beef producer.”

The fertilized embryos are usually mated with proven Angus sires from the Select Sires catalog, but Sigurdson says that you can also specify an embryo to come from whatever sire you would like.

“So if you want a white face, or a heat-tolerant or disease-resistant breed, or even a Hereford, you can do that,” he says, though those won’t be in broad inventory, and those embryos take a month or more to get.

“People that sell milk for a living ought to be able to utilize these technologies to the betterment of their businesses," he says.

A study on five dairy farms in Minnesota showed that these in-vitro beef embryos were at least comparable to AI semen in terms of pregnancy rates.

Select Sires worked with five dairies, one a 200-cow dairy and the rest averaging 1,000 head, in 2019. Cows were mated to have beef semen but got the HerdFlex embryos instead. In early June, when the cows came in heat, the technicians waited a week and put the embryos in.

The conception rate across lactating classes was consistent, he says, except in third-lactation or older cows, where the conception rate was lower. Older cows just don’t breed as well as young cows, he says, since cows with deeper reproductive tracts are harder to get pregnant.

A key finding, he says, was that the embryos, at least in times of heat stress, got a higher fertilization rate than semen.

Alison Van Eenennaam, an Extension specialist in animal biotechnology and genomics at UC Davis, says that depending on the practitioner, AI semen typically has a 60% to 65% pregnancy rate while good embryo transfer averages 30% to 40% pregnancy rate.

Sigurdson says that many of the cows chosen for the study — originally bred for beef semen, later mated to an embryo — were mostly older cows that would have had comprised fertility to some degree. These cows were ineligible to gestate a calf for the dairy likely because they were genetically inferior, produced less or something else.

“So, the results that we got using the beef semen as a control were as expected. The study was about seeing how embryos compared to that in the same group of females. Equivalent or better than was very good,” he says.

Still, he admits that there is room for improvement.

“We’re not satisfied because we think our embryo transfer technicians [that were brand new to this] will get better with time. Not sure on what the ceiling is, but ideally, we’d outperform semen all year round, not just during times of heat stress,” he says.

Two dairies in Minnesota have 100 of these beef-bred embryos on the ground already. He says the goal is to get at least one dairy or two in each member cooperative to be up and running by the end of the year. Select Sires member cooperatives cover the entire U.S. Premier Select Sires is the cooperative covering the Northeast, the Mid-Atlantic and the South.

He says the firm is also in the processing of learning how to best market these calves to capture their value. With the cost of these HerdFlex embryos at $55 — compared to $8 to $10 per semen unit — getting value will be important for farmers to justify the cost.

Sigurdson is confident that dairy farmers will find value in these embryos.

“I’m pretty bullish. Nobody has scaled this yet,” he says.