While many people only associate the local food movement with local produce and farmers markets, Kentucky producers of beef, chicken and pork are also seeing the demand for local products increase.David Burris, a farmer in Adair County, Kent., is relatively new to producing local meats. Burris got into the local food market five years ago after being a dairy farmer for 20 years. 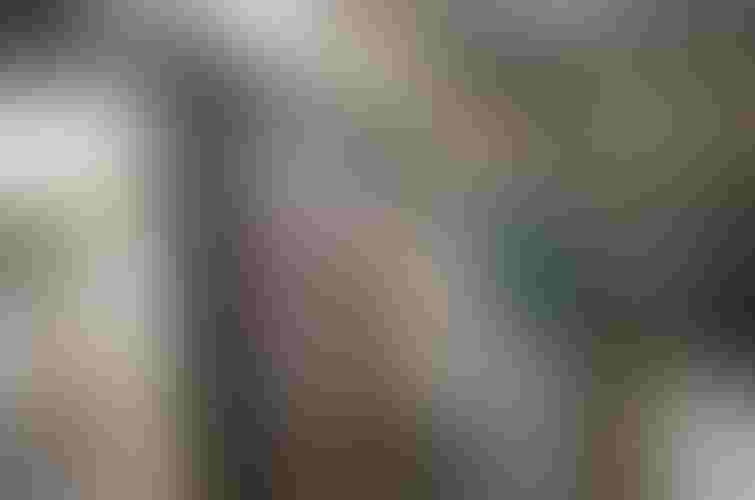 <p>KENTUCKY FARMER David Burris shows some of the products made from his beef at M&amp;amp;W Milling in Columbia, Kent.</p>

On a chilly day in late fall, in a scene typical of rural Kentucky, Danny Ray Spalding watches his angus-based cattle graze on the grassy hillsides of St. Catharine Farm in Washington County.

As the farm manager of the property, which is owned by the Roman Catholic order, the Dominican Sisters of Peace, it’s Spalding’s job to not only care for these cattle but to market the end product to a continually growing consumer base. Spalding, like many other Kentucky producers, raises beef cattle for local consumers.

“We’ve been selling to the public for the last 15 to 18 years, and we really got big in the last seven to eight years,” Spalding said. “The reason is the demand for local beef. We sell to the neighboring motherhouse and St. Catharine College and families in Washington County and around Lexington, Louisville and Bardstown. I also have a small restaurant in Lebanon and a country club in Bardstown that I supply. The demand is getting better every day.”

While many people only associate the local food movement with local produce and farmers markets, Kentucky producers of beef, chicken and pork are also seeing the demand for local products increase.

“It’s really been interesting to watch over my career all the different fads that have come and gone, and I was kind of watching to see what local food would do, but it’s here, and it’s only going to get better,” said Rick Greenwell, Washington County agent for agriculture and natural resources with the University of Kentucky Cooperative Extension Service. “Extension needs to make a home for it, because we can help people zero in on some things, get rid of some obstacles and run down some contacts for them.”

Greenwell has worked with farmers like Spalding and Patrick Wimsatt as they have expanded their market to local foods. He said extension is uniquely positioned to help educate producers just getting into local foods and consumers as to what each can offer and what to expect out of local foods.

Wimsatt got into the industry in the past year after spending several years backgrounding cattle. He sells a variety of beef and chicken to a market in Louisville and a year-round farmers market in Springfield. He recently partnered with Spalding to produce and market value-added products including beef sticks and short ribs.

“There’s a lot more demand than I originally thought,” Wimsatt said. “If you can get the product processed and to the consumers, there’s a lot of people that want it.”

David Burris, a farmer in Adair County, is relatively new to producing local meats. Burris got into the local food market five years ago after being a dairy farmer for 20 years. He developed an interest in marketing his product locally because of the time he spent on the road as a cattle appraiser for the American Jersey Cattle Association.

“I’ve had the opportunity to travel and work in all of the lower 48 (states), and I’ve had an opportunity to eat in a lot of different restaurants,” he said.  “I’ve eaten a lot of really good food, and I’ve eaten some that I really didn’t care for. I really like to know what I’m eating myself, and basically that’s how I got started.

Burris began producing only enough meat for his family, but then began selling to his neighbors after they became interested in what he was doing. His business was growing by word-of-mouth until he started working with Mark Meyer, the owner of M&W Milling, a local feed mill.

Meyer was looking for a producer who could produce local meat for him to market. In his feed mill, Meyer sells Burris’ beef.

Meyer said the demand is there, and he has seen his sales increase in the five months since he began offering the meat.

“We brought in this line of beef and pork basically to offer to our customers a very good quality meat that’s raised right here,” he said. “It’s been unbelievable the customers that have come in here and really educated me on what they want and why they want locally grown and produced meats. It’s very important to our consumers right now.”