Here are a few ways working grazing and cover crops into the rotation can help boost your bottom line. 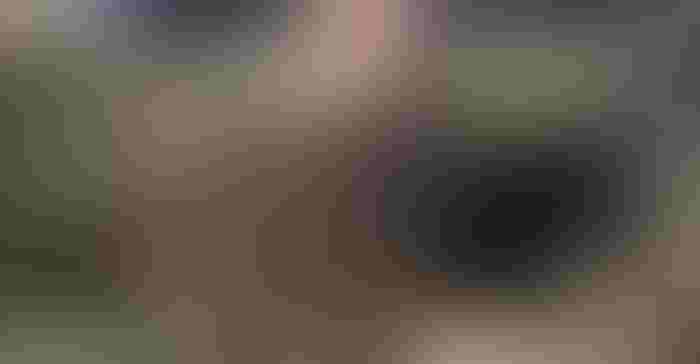 When most people talk about the possibilities for improving organic matter through no-till and cover cropping, they usually talk about an increase of 1% or 2% at most, depending on the time frame.

However, on a 4.5-acre field on Del Ficke's farm west of Lincoln, Neb., the organic matter rose from 2.6% to a whopping 6.9% over the course of 10 years, with an infiltration rate of 13 inches per hour.

"It would be great if we could reproduce every acre like that, and the patches closer to the farmstead are always the ones we improve faster," Ficke says. "We have a lot of ground that was around 2% organic matter five years ago that's around 4.5% now."

As Ficke points out, it's easier to concentrate cover crop and grazing efforts close by — and, that improvement in organic matter took years of continuous cover cropping and high-density grazing.

While that may not seem like the most attainable goal for many farmers, especially those just getting started in cover cropping, Ficke notes there is low-hanging fruit, in addition to long-term benefits.

Worth the investment
When it comes to planting cover crops, Ficke says, "The only mistake you can make is not planting them." Take Ficke, for example. He has, in a few cases, used a broadcast seeder mounted on a UTV and let his cattle tromp it into the ground.

"That was a $359 investment from the local farm store,” he says. “That first year, we overseeded our pastures and neighbor's pastures. I think we did 1,200 acres overseeding with that unit. If we had any actual cost it would be about $8 per acre including seed. That was a great way to get started doing that, because now we've got clover coming up in places we've never had it in 50 to 60 years."

With that in mind, Ficke takes a tactical approach to the species he seeds — typically for grazing at different times in the year.

"I'm not a big fan of having a million species in one cover crop mix,” he says. “It doesn't make sense to put something that needs a lot of sun, that's short, in with my forage sorghum, because it's probably not going to grow. One thing we love is forage sorghum and sunn hemp. It's like the Olympics of cover crop competition. They both compete for height for the sun. It's like hairy vetch and rye. That's amazing to see. The rye provides for the hairy vetch to reach up to the sun."

Ficke gets the most benefit from cover crops when they're grazed. In addition to nutrient redistribution through manure and urine, Ficke says there also is added moisture — and with the additional roots and earthworm channels from having residue on the soil, there's added water holding capacity to capture that moisture.

Bale grazing, or spaced bale feeding, also is a big part of Ficke's cattle enterprise — and one way to help bring in outside nutrients to redistribute in a pasture or field. For Ficke, this usually involves raising his own hay and redistributing it on other fields. However, even though he's taking nutrients off his own fields, he notes that he's realizing additional benefit by feeding it in marginal areas.

For example, on one marginal area where an alfalfa bale was grazed in February 2018, a forage analysis in May showed 4.92 tons per acre — compared with 1.79 tons per acre in the surrounding area. And that $60 cost per bale brings a nutrient value of $127.80, he adds.

"It's a 3.13-ton advantage if you were going to hay it the next year,” Ficke says. “With a cost per bale of $60, you have the nutrient value, hay makes us money every time we feed it. Ideally, I would graze year-round. But until I get to that point, I need those bales to build my soil."

Cattle contribution
Ficke's farm is one of 12 sites NRCS is using to test things such as cover crops and grazing, their profitability and effect on soil organic matter. The study on Ficke's farm, now in its third year, is focused on the effect of grazing versus not grazing cover crops.

In the spring, Ficke, grazed 13 of the 25 acres of cover crops, then swathed and baled (47 bales) in June, before drilling oats, which were baled in August (31 bales). In the fall, after seeding a cover crop blend on that 25 acres, he grazed 52 pairs on the cover crops.

At the end of the year, Ficke calculated a net revenue of $149.24 per acre, accounting for inputs and opportunity costs, as well as income from additional grazing days. And, there's an additional $157.80 per acre in nutrient value from manure and urine distributed by the cattle.

That's one reason Ficke says he's seen the improvements in organic matter, infiltration and earthworm populations over the years. Ultimately, this has helped cut back on his fertilizer costs.

"If you have animal impact and are grazing those areas correctly, in an acre of healthy soil, there can be up to a million earthworms," Ficke says. "In one day, in that healthy acre of soil, those million earthworms will deposit 700 pounds of castings [which contain nitrogen and other nutrients], everything we need, if that soil is right."