&bull; Hog producers generally should keep any expansion plans on hold awaiting better clarification of the size and prices for 2013 crops and the implications for hog production costs. 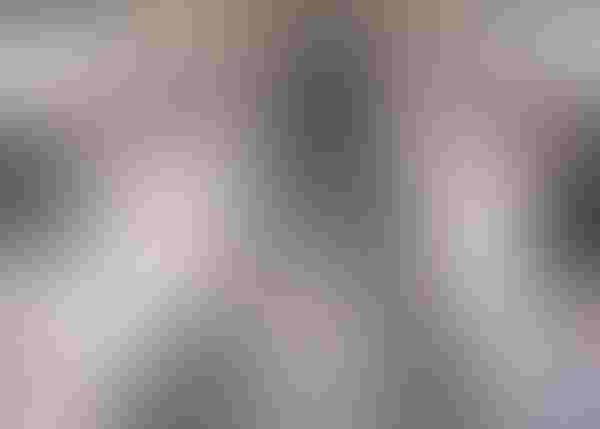 Hog production has returned to profitability as prices rallied from the mid-$50s per live hundredweight in March to the low $70s today (June 3).

Moderation in feed prices after the USDA’s March Grain Stocks report was released in late March also helped reduce costs of production with second quarter costs averaging about $67 per live hundredweight compared to an estimated $70 in the first quarter.

Delayed planting that is raising concerns about fewer planted acres and reduced yields has most recently sent corn and meal prices trending to the upside, raising concerns that hog production costs will not drop as much as some had anticipated.

Looking backward, the drought of 2012 caused large losses for pork producers due to high feed prices. Losses from the spring of 2012 to the spring of 2013 averaged about $23 per head. This was the most severe period of pork producer losses since the financial collapse and recession in late 2008 and 2009.

As a reminder, breakeven means all costs are covered including full depreciation and family labor. This means that a hog operation can continue into the future with breakeven returns calculated in this manner.

Prices for corn and meal are expected to drop sharply into the late summer and fall as markets make the transition to new crop supplies.

Current forecasts are that fourth quarter corn prices will be $1.25 per bushel lower than third quarter prices and soybean meal prices will be $40 per ton lower. That means costs will drop from about $67 per live hundredweight this summer closer to $60 for the final quarter of the year.

Hog prices are expected to be near the $60 level for the final quarter of 2013 and first quarter of 2014, thus continuing breakeven conditions.

Prospects for the entire year of 2014 have begun to come into focus, although the size of this summer’s crops can still have a strong influence on final outcomes, especially with regard to costs of production and to pork supplies in the second-half of 2014.

USDA has made its first forecast for 2014 hog prices and that was in a range from $56 to $60 per live hundredweight. That appears considerably lower than current lean hog futures are suggesting, with an average for 2014 around $62 to $63.

The primary difference is that USDA made their forecast in early May when they were anticipating very low corn and meal prices. In fact, the mid-point of the USDA 2013/14 marketing year U.S. corn price was $4.70 per bushel with high-protein Decatur meal prices of $300 per ton.

In contrast, futures markets never were that low and currently are roughly $5.60 per bushel for corn and near $400 per ton for Decatur meal. These substantially higher feed costs would be expected to keep the pork industry from expanding and result in hog prices more in line with current lean hog futures prices.

Hog producers generally should keep any expansion plans on hold awaiting better clarification of the size and prices for 2013 crops and the implications for hog production costs. The size of those crops should be more transparent in another 60 days, although late-planting likely means that frost will also be a threat for much of the month of September.

In general, if corn prices stay below $6 per bushel, the pork industry will be able to survive another year of low crop production. Corn prices above $6 would push the outlook back into losses. The opposite would be true of $5 or lower corn prices.

Expansion, if it occurs, is not expected until the fall. Retention of additional gilts at that time to expand the herd means pork supplies would begin to increase late in the summer and fall of 2014.

For now, industry losses have come to an end, and pork producers are keeping a close eye on weather just like their crop producer cousins.

Sensors designed to help growers irrigate crops only when necessary