Cousins Matt Dicks and Jason Dicks are working out ways to make row crops pay off as part of their families&#39; cattle operations.They both would like to expand but finding available land for farming or ranching is a challenge in the area. 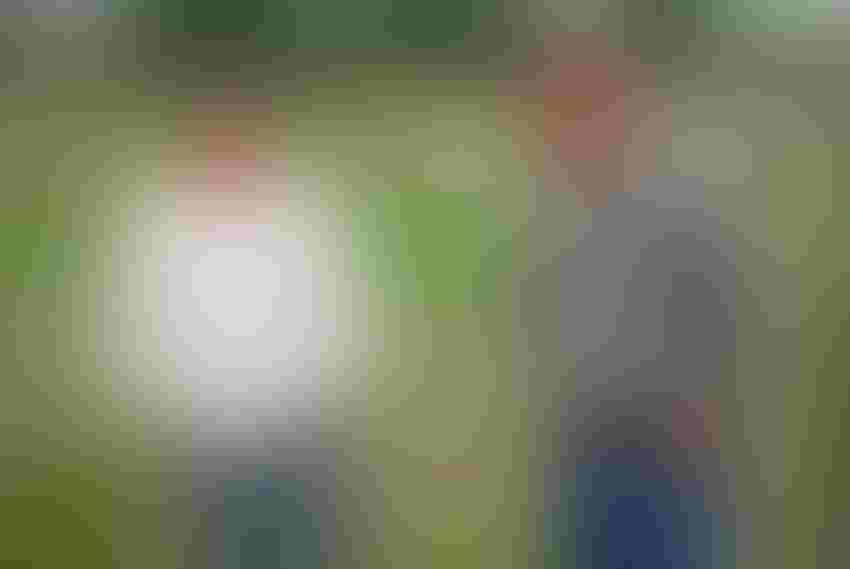 <p>Jason Dicks, left, and cousin Matt Dicks grew up in Columbia County, Fla. The young men are looking for ways to keep farming in the area by adding row crop production to what has historically been tobacco and cattle country.</p>

Matt Dicks and Jason Dicks are armed with wry humor and good-natured jabs but the young men are serious about making farming a career. Both cousins were raised in farming, both want to stay in Columbia County, Fla., and both have short- and long-term plans to make it in farming.

Matt never really left Columbia County. He commuted to the University of Florida in Gainesville, where he got his college degree in agriculture after high school. Jason, after high school, joined a harvest combine crew and explored the Midwest, “I guess to sort of sow my wild oats,” Jason said, as the two sat out on a late-March day too wet to plant.

Matt, 28, has been happily married for several years to Abigail, who he dated starting in the tenth grade. Jason, 29, was getting married to Kiersten the next day.

Columbia County farming has historically revolved around cattle, tobacco and timber. Cattle still plays a major role in the county’s farming industry, but making money with tobacco faded along with the federal quota program that ended more than a decade ago with the quota buyout, which has now ground out its last payment. In a county that once had thousands of acres of tobacco, there is only one farm left in the area that still grows tobacco, and it is owned by relatives of the cousins.

The Dicks’ farming legacy runs long in the area. Matt and Jason are fifth or sixth generations of his branch of Dicks to farm in the area, and both are already seasoned farmhands.

The first time Matt and Jason remember talking to each other, the topic was tobacco. Matt was in the fifth grade and Jason in the sixth. “We were at a baseball game, and I went up to him and started talking about setting out tobacco and kind of seeing what they were doing. … Should I tell the rest of the story?” he asked Matt, with a laugh.

A baseball to the head

“We were talking and not really watching the game, and somebody yelled, ‘Foul ball!’ Nobody ever really looks up and what are the chances? But the ball lands right on top of my head,” Matt said, laughing. “After that, we went up under the shelter to talk.”

Matt farms with his father, Delvey. They are out of the tobacco business. Matt still "fondly" remembers the hard work and says the crop was good to his family for many years. As of late, the family has beefed up its cattle operation, which has about 300 mama cows. 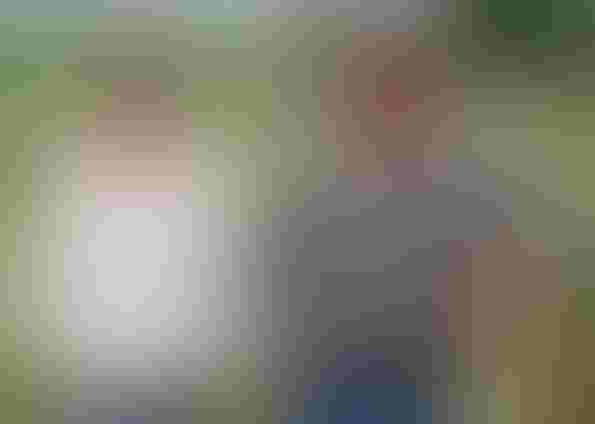 A few years ago, Delvey and wife Cindy started Fifth Generation Farms, a food market specializing in local products, particularly the Dicks’ all-natural Angus beef. It’s a way to add value to the cattle-side of the operation and provide an avenue for the next generation.

But Matt knew he’d have to do his part to help the operation expand to accommodate him, so five years ago he went looking for land he could rent, land suitable for row crops. “Since the tobacco buyout and tobacco left, we’d been hunting something else we could do to make a living,” Matt said.

“It was kind of like if we wanted to farm, we had to find something we could do. At the time, my daddy was still alive, and my uncle and the cows were kind of their deal. So, if you wanted to make a living, they’d work with you, but you were going to have to find your own thing,” Jason said.

After being out on his own farming for a few years and then with a partner, Jason now manages, with oversight by his Uncle Ralph, Kenneth Dicks Farms, his branch of the Dicks’ cattle and farming operation. Jason’s father, Kenny, died in 2011 at the age of 55. Jason’s older brother, Ken, died in an automobile accident at 17 in 2001.

The Dicks had always grown corn for cattle feed. Starting in 2010 and 2011, the cousins added cotton and peanuts to their individual operations for the simple reason, Matt said, “because prices were good.”

Last year, Matt had 350 acres of cotton and 200 acres of peanuts. Last year, Jason had 275 acres of peanuts and 225 acres of cotton. They’ll plant about the same acreage of peanuts again this year and would like to be able to find more land to plant a little more than last year. Also, they’ll likely grow a bit more corn. But cotton? They are not sure. This year is their first in row crops when prices have not been good. “We may end up not growing as much or any cotton and may be adding more brown-top millet or iron clay peas,” Matt said.

A few years ago, Jason bought a seed cleaner and now has a small operation cleaning grass seed locally.

Matt and Jason first grew peanuts in 2012, the same year Tropical Storm Debby dropped double-digit rain in almost two days over the region in June. The peanuts stayed under water for several more days. They learned two things: You never know what Mother Nature will throw at you and the peanut is a hardy crop. They ended up with good yields, nearly three tons per acre.

The cousins plan their row crops together and try to logistically plan planting times because they help each other out at harvest. They both have seasoned harvesting equipment and nothing new. “And between the two of us, we might can have a combine working when we need it,” Jason said.

"Matt and Jason are well respected among their peers in this small community, and they appear to manage wisely," said Mace Bauer, University of Florida Extension agent in Columbia County. "Modern farmers get stuck on a treadmill it seems: more acres, newer, bigger equipment, more debt, and then they're stuck on the treadmill.

“I think Matt and Jason have a heritage and background that taught them that a larger, less profitable enterprise does not improve the quality of life. They both seem to have a sense of making pieces fit together. I see this in their cattle enterprises, seed business, equipment sharing, crop rotations - basically all facets of their operations,” Bauer said.

The cousins would like to expand more if they could. But finding available land for farming or ranching is a challenge in the area, Matt said. There are a lot of subdivisions still popping up in the area, and cattle and timber operations take up a lot of land. The cousins say they have a cure for that, and all they need is about $40 million dollars.

They didn’t want to divulge the details of their plan "because we don’t want anybody stealing our idea,” they said with another laugh. But they admitted going public with the plan might help them find good investors.

The broadstrokes of the plan include using the $40 million to secure about 20,000 acres, maybe mostly in timber. Then, they'd cut the timber to help finance the deal, grass it, and put cows on the cut land and let Mother Nature take care of the stumps and cleaning up the land along with the cows. After that process, which would take a while - $40 million can buy you a lot of time - the land would be about ready for row crops as needed or replanted in pines, and the cycle would continue.

What isn’t surprising and what really points to both Matt’s and Jason’s priorities is that neither one of them wants the $40 million to lollygag with, or not to seriously lollygag with; they wanted the money to invest in ways they can keep farming.