The stewardship of animal antibiotics continues to be a topic for discussion in animal welfare. 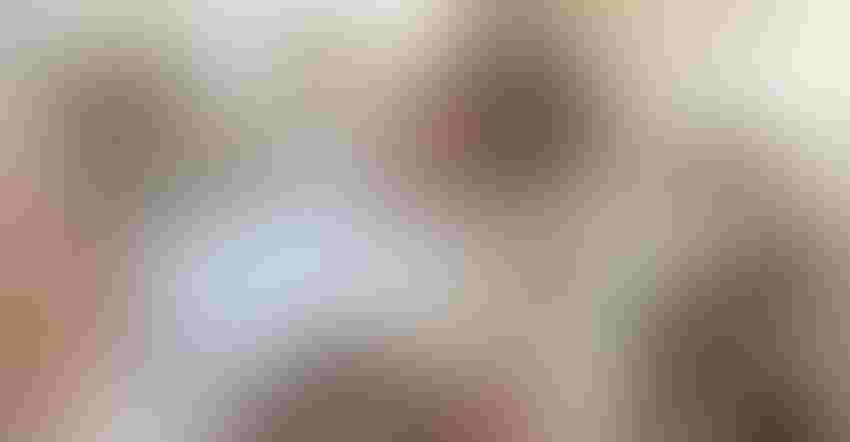 ANTIBIOTIC STEWARDSHIP: Veterinarians and the animal industry discussed the stewardship and sustainability of animal antibiotics during an April 6 pre-summit online seminar hosted by the Animal Agriculture Alliance. It’s imperative that farmers have access to antibiotics for animal welfare, and communicating that to the public is a challenge at times, says veterinarian Rick Sibbel.dusanpetkovic/getty images

What kind of veterinarian is Rick Sibbel?

“I say I am a passionate ambassador for your food supply,” he says.

Sibbel is the president and owner of Executive Veterinary & Health Solutions LLC. As an expert on the use of antibiotics in animals, he was one of a panel of speakers discussing animal antibiotics and public perceptions during the April 6 Animal Agriculture Alliance pre-summit webinar.

Livestock producers need to protect the health and welfare of their livestock with judicious antibiotic use, according to the webinar’s panelists, but they face increasing public pressure against the practice all together. The public needs to be taught that using antibiotics is critical to ensure animal welfare as well as a safe and plentiful food supply, Sibbel says.

The case for stewardship

The research and development pipeline for new antibiotics has slowed tremendously in the last two decades, Sibbel says. In short, there is no new broad-spectrum antibiotic on the horizon that can be used in animal, human or environmental medicine, he says. Even if a new antibiotic was introduced, doctors would likely use it as the very last resort out of a precaution against overprescribing — thus, making it obsolete too soon.

And that doesn’t exactly bode well for a company’s return on investment.

Instead, we’re going to need more government funding for research and development for the good of the public health, he says.

In the meantime, there is a very strong push for governments to regulate that antibiotics today should only be used for human medicine in the future.

And that would be apocalyptic, Sibbel says.

“If we don’t have a tool to raise an animal in a healthy way — so they are healthy and produce healthy protein — we will have a food shortage of epic proportions,” he says.

Ensuring the longevity of the antibiotics we currently have available and those that may come in the future is going to require the animal, human and environmental medical communities to come together and practice sustainable stewardship.

Several recent polls have shown that consumers think “sustainability” only relates to the environmental impact of a production method. But it’s critical we start to teach consumers that sustainability is a triad of people, animals and the planet, says Angela Baysinger, animal welfare lead for Merck Animal Health, North America. If the entire animal agriculture sector — from the farm to the fork — doesn’t start sharing that message with consumers, we risk the social license to use antibiotics on livestock.

When you get right down to it, losing an animal to illness is a loss on several levels, she explains. The producer loses the revenue from the sale of the animal, the feed and inputs that were expended to create and raise the animal, the loss of nutrients intended for the human population from that animal, and above all else, there is the loss of the animal’s health and welfare. That is the very definition of unsustainability.

Consumers who are concerned with animal welfare may be familiar with the Five Freedoms that were developed in 1992 by the Farm Animal Welfare Council. But today, those Five Freedoms are evolving into the Five Domains, to better connect with consumers.

“The Five Freedoms — freedom from hunger and thirst; freedom from discomfort and pain; freedom from injury and disease; freedom to express normal behavior; and freedom from fear and distress — are aspirational,” she says. Instead, the Five Domains — nutrition, physical environment, health, behavior and mental state — better help those who study animal welfare have meaningful conversations with consumers.

Those same consumers who vote and decide if animal agriculture will have the social license to operate.

Mandi McLeod of Systems Insight Ltd. says there is more public scrutiny on farmers today than ever, and the methods they use to raise livestock.

There is a market risk to not doing the right thing, she reminds producers. Making sure that programs improve the life of the animal is good not just for the animal, but for the humans who care for that animal, the community’s economic viability, and the environment as well. Helping consumers understand that animal antibiotics play a critical role in that is imperative.

“The ability to have antibiotics for generations after us will be determined on how well we educate ourselves and use them more appropriately going forward,” Sibbel says. It’s a matter of managing the safety of the food supply.