Texas Ag Law Blog: Tiffany Lashmet provides an update about a bill, how it relates to farmers'/ranchers' legal protection from liability. 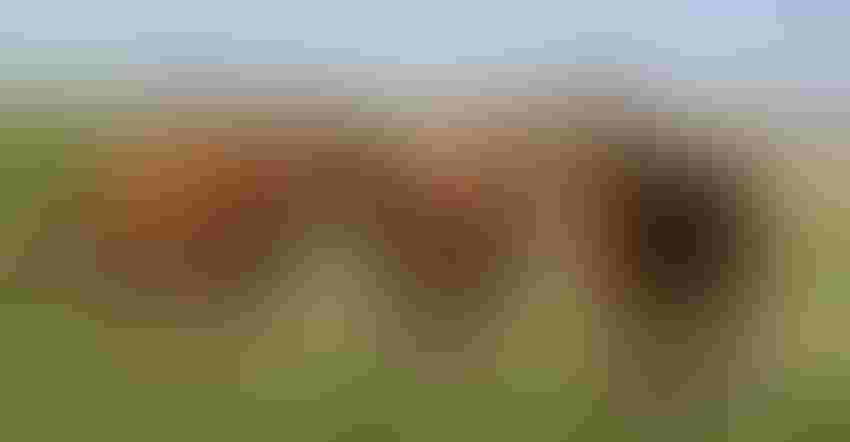 A bill that would seek to essentially undo a 2020 Texas Supreme Court decision limiting the scope of the Texas Farm Animal Liability Act (FALA) has been unanimously passed out of the House Judiciary and Civil Jurisprudence Committee.  For farmers and ranchers, this is an important issue as it relates to their legal protection from liability for injuries caused by horses or livestock.

The Texas Equine Act was passed in 1995.  The scope of the statute was amended in 2011 to expand the scope of the Act from just equine animals to all farm animals, defined as “horses, ponies, mules, donkeys or hinnys, bovines, sheep, goats, pigs, hogs, ratites (including ostriches, rheas, and emus), and chickens or other foul.”

The intent of this statute is to protect farm animal owners from liability if a participant is injured in a farm animal activity and the injury is the result of an inherent risk of the farm animal activity.  The statute recognizes that there are just inherent risks of being involved in activities with farm animals.  In my presentations, I always give the example that even if it’s Trevor Brazile on my 25-year-old kid horse, something crazy could happen and Trevor could get injured.  It is liability for this type of inherent risk from which the statute is designed to protect animal owners.  Texas cases have included situations where a horse collided with a tree, a horse who was bit by fire ants bucked and threw his rider, and a horse began running when he saw the barn and his six-year-old rider fell off.

See, Load'em up: From pasture to feedyard

There have been several appellate court decisions decided pursuant to the FALA.  One ongoing question was whether the Act was available as a defense if the injured party was an employee or an independent contractor.  The Texas Supreme Court has never ruled on this question, but a couple of appellate courts held that the Act was inapplicable to employees.

Mr. Zuniga was killed by a bull while working to move a bull from a corral to a pasture as a ranch hand for the Waak cattle ranch.  His family filed a wrongful death suit against the ranch owners. In response, the ranch owners raised the FALA as a defense.

The trial court dismissed the case, finding the FALA did apply because Mr. Zuniga’s injuries were an inherent risk of a farm animal activity.  The Court of Appeals held that the FALA was inapplicable due to Mr. Zuniga’s status as an employee.  Mr. Zuniga’s family appealed to the Texas Supreme Court.

The Texas Supreme Court, in a surprising opinion, held that the FALA does not apply in situations where the injured party is a rancher or ranch hand.  Instead, the Court found that the protections of the FALA are confined to “shows, rides, exhibitions, competitions, and the like.” Thus, the FALA was not a valid defense for the Waaks, and the case was remanded for trial on the issue of wrongful death. [Read more here.]

Two Justices issued a strong dissent in the case, beginning with the following language: “As the Court reads the Farm Animal Liability Act, ‘any person’ means only some people. ‘Farm animal activities’ are not covered if they take place on ranches. And not just anybody who engaged in a ‘farm animal activity’ is a ‘person who engages in the activity.’ Who decides whether these limitations exist and how far they extend?  Not the Legislature, which did not include any of them in the Act’s text. Instead, courts will decide when the statute’s words mean exactly what they say and when they mean something else.  The unfortunate result is that people cannot simply read the Act–and others similarly drafted–and know what it means based on grammar and sentence structure.  They must wait to see what the courts make of it.”

In the 2021 Legislature, Representative Andrew Murr introduced House Bill 365.  This bill is an attempt to essentially modify the statute to undo the decision in the Waak case.  To read a mark-up showing the exact changes to the statutory language, click here.

Specifically, this bill would add language to ensure its application to working farms and ranches.  For example, the title of the statute would change from “Liability Arising from Farm Animal Activities or Livestock Shows” to “Liability Arising from Farm Animals.”  Additionally, the definitions of “farm animal activity” and “engages in a farm animal activity” would be expanded to include language such as “owning, raising, boarding, or pasturing a farm animal,” and “feeding, vaccinating, exercising, weaning, transporting, producing, herding, corralling, branding, dehorning, or assisting in or providing health management activities for” farm animals.  Also included would be management of a show involving farm animals and “engagement in routine or customary activities on a farm to handle and manage farm animals.”   The statute would also provide that the terms “farm” and “ranch” are used interchangeably.

The bill would also change who would be required to hang up a Farm Animal Liability Act sign in order to seek applicability of the statutory protections.  Currently, it is only a farm animal professional–a person engaged for compensation in instructing a participant, or renting to a participant a farm animal for the purpose of riding, driving, or being a passenger on the farm animal; renting tack to the participant; examining or administering medical treatment to a farm animal as a veterinarian; and someone providing veterinary or farrier services–who would be required to hang the sign.  HBG 365 would expand the “farm animal professional” definition to add: providing nonmedical care or treatment to a farm animal, including vaccinations; assisting in providing animal health management activities, including vaccination; providing care, feeding, and husbandry of farm animals; assisting or conducting customary tasks on a farm concerning farm animals; and transporting or moving livestock.  Thus, if the bill passes, it would be required that all farmers and ranchers hang the sign in order to be protected if someone being compensated is injured while undertaking one of these activities.

Inclusion of Employees and Independent Contractors

Where Does the Bill Stand Now?

The bill was referred to the House Judiciary and Civil Jurisprudence Committee on February 25.  A public hearing was held and testimony heard.  On March 17, the bill was unanimously passed out of the Committee.  The next step will be to proceed to the House floor, and then, if passed, to the Senate.