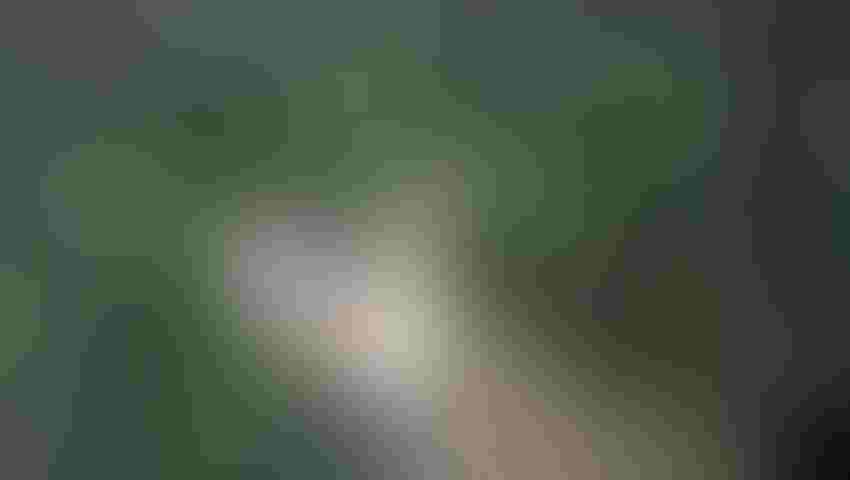 Researchers check for pests at a Christmas tree farm.USDA ARS

State agriculture officials in Oregon and Washington have abruptly pulled some Christmas trees and wreaths from big box stores after detecting an invasive pest, elongate hemlock scale, in products bought from out-of-state providers.

The two states are urging residents to check their trees, wreathes and other purchased winter greenery for invasive species.

“If you find these pests on your trees, wreathes or other holiday greenery, please report it to us and dispose of them immediately,” said Benita Matheson, plant services supervisor for the Washington State Department of Agriculture.

Elongate hemlock scale (EHS) is an exotic scale insect that prefers hemlock, spruce and fir, but will also feed on cedar, pine and yew.

The flattened, oval shaped insect is light yellow-brown to brownish-orange with a waxy cover. The waxy covers can be observed on the under side of the needle surface as well as on new cones. These waxy strands may be so abundant that it gives the lower surface of infested needles a white appearance.

This armored scale insect is thought to have been unintentionally introduced into the United States from Japan. It was first observed in Queens, N.Y., in 1908. It was most recently detected in Washingon on Christmas trees from North Carolina in 2019, but is not known to be established anywhere in Washington or Oregon.

Although EHS is not established in Oregon, it has the potential to establish and attack Oregon native conifer species, western hemlock, and mountain hemlock. This pest is also known to infest Douglas-fir, spruce, fir, and pine species – making this a concern for the Beaver State’s Christmas tree farms, the state Department of Agriculture cautions. Oregon is the nation’s largest producer of Christmas trees.

Anyone who thinks they have an infested tree or greenery should contact their state agriculture department's pest program. The plant material can be safely disposed of by cutting it up, double-bagging the pieces and disposing of the bags as trash.

“Proper disposal goes a long way in preventing the introduction and spread of invasive species that could hurt our environment and cause millions of dollars in damage to our economy,” said Justin Bush, executive coordinator of the Washington Invasive Species Council. “Do your part to protect the state you love.”

Residents can prevent introducing invasive species from out of state, such as elongate hemlock scale, by buying a locally grown tree and cut greens, which also supports the local economy.

“Everyone can keep an eye out for species they don’t recognize or symptoms of damage and report what they find. We need the public’s help to quickly detect and respond to newly introduced invasive species before they get out of hand,” Sven-Erik Spichiger, WSDA managing entomologist, said.