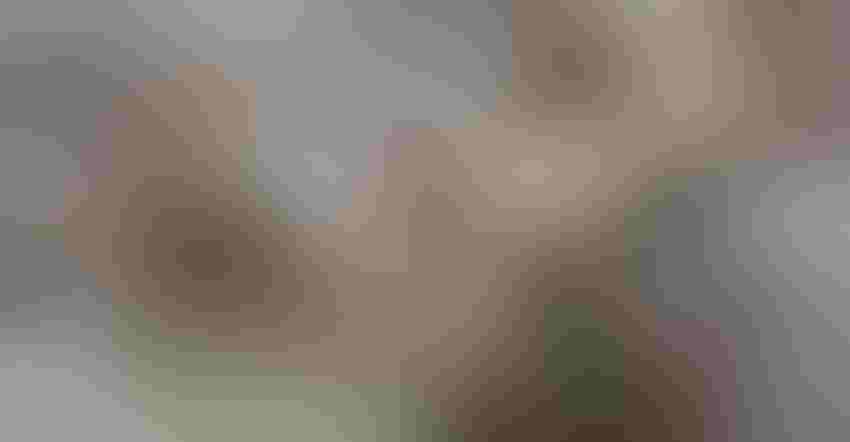 HOG MARKETS: Hog markets are expected to be near record-high in 2022, and producers are trimming production. Jennifer Carrico

Have you heard the one about the physicist, the chemist and the economist stranded on a desert island, with nothing to eat? A can of soup washes ashore. The physicist and the chemist devise ingenious ways to open the can like smashing it with a rock or building a fire and heating it. The economist merely says, “Assume we have a can opener.”

Economists often refer to the rational choice principle. The concept assumes that individuals will always make prudent and logical decisions that provide them with the greatest benefit or satisfaction. In practice, it means weighing the costs and benefits of any endeavor, such as a farmer deciding what and how much to produce. Producers commonly make rational choices by pitting the additional or marginal costs against the benefits of the proposed action, and then choosing the option with the greatest marginal benefit relative to marginal cost.

How well the real world approximates the theory depends on many people doing lots of work. In the pork industry, this consists of 66,439 hog operations with inventory, identified by the 2017 Census of Agriculture, and the backward and forward linkages in the supply chain. The backward linkages are to the purchased and homegrown inputs, supplies and services producers use. The forward linkages include value-adding economic activities occurring beyond the farm, such as slaughter, processing and preparation to get pork to consumers.

Results from USDA’s June Hogs and Pigs Survey provide insight as to how producers are evaluating and responding to these linkages. The survey results showed all hogs and pigs inventory down 0.9% from June 1, 2021. The breeding herd was down 0.8%. Producers indicated they intend to farrow 1% fewer sows from June to August 2022, and 1.4% fewer sows from September to November 2022, compared to last year. These farrowing intentions for the next two quarters are down 7.4% and 5.0%, respectively, from the same quarters two years ago.

On the surface, pork producers trimming production in the face of continuing strong hog prices defies logic. However, pork producers pulling back in the face of feed costs up almost 20% compared to a year ago — and up nearly 80% from two years ago — makes perfectly logical sense. Pork producers are calculating how much higher costs are hiking marginal costs to produce pork. Trimming production can improve the ratio of marginal benefit to marginal cost. That is a change in supply lower. It is driven by something other than the hog price. That something else is production costs — particularly feed.

Some view the distinction between changes in supply versus changes in quantity supplied as useless nitpicking. However, the more clearly one understands the various pork input-output relationships, the more accurately one might be able to forecast future hog-price action. The more reliably a producer can predict expected hog prices, the more likely the producer will make suitable production adjustment decisions.

A shift in supply is a result of a change in one or more production influencers such as technological advances, number of firms producing, the price of inputs, the price of other or alternative products that could be produced and unpredictable events. Change in hog prices is not one of those factors. A supply shift changes the amount producers are willing to supply at all price levels. The entire supply curve shifts left or right.

Supply elasticity of pork measures how much pork producers boost or cut production in response to a change in price only. It measures distance between various price-quantity pairs along an existing supply curve. If a large difference in production matches with a small change in price, supply is said to be elastic. Conversely, if the change in the quantity supplied is small relative to the change in price, supply is said to be relatively inelastic. Generally, a higher price will entice more production. Producers will respond to lower prices by cutting output.

Several factors influence the quantity of pork that producers supply in response to changes in hog prices. The factors include time, ability to store, cost structure of producers, ease of changing from production of one product to another and producer price expectations.

The influence of time may be short-, medium-, or long-term. In the short term, responsiveness of quantity supplied to a price change tends to be small, as changes cannot be made quickly.

Making short-term changes in pork production is difficult. Once a sow is bred, her pigs are almost certain to go to slaughter on a preset schedule. The conception-to-market period for pork is just under a year. With all the market hog weight classes down in the latest Hogs and Pigs report, and with fewer sows expected to farrow in the next two quarters, the quantity of hogs producers will supply over the next 12 months will be lower. From another angle, unlike corn, which is a storable commodity, live hogs cannot be stored.

If new entrants had cost structures only slightly above existing pork producers, a small rise in price might entice many more farms to enter the industry. This would generate a large supply response in total. As with any industry, there are barriers to entry such as economies of size, high capital investment, and permit requirements. Producers need a large movement in prices to make it worth their while to overcome those barriers.

The ease of switching inputs to different uses is related to the influence of cost structure on supply elasticity. Land can flip-flop from corn to soybeans relatively easily. They are relatively supply-elastic. Sow farms have specialized facilities and equipment. Producers will run at near-full capacity all the time, regardless of price. Inability to switch resources elsewhere makes hog supply inelastic.

Producer price expectations affect the supply curve. If many producers consider an increase in market prices to be short lived or too small, then the total supply response would be less. Conversely, if producers expect price increases to remain in the medium or long term, the elasticity of the total supply curve may be greater. Recent periods of more input and output price variability have created a “new price environment.” More uncertainty likely alters the risk–reward relationship as producers consider expansion. The more risk and uncertainty producers see, for a given level of expected profit, the more likely they will go slow on expansion.

Pork production is a competitive industry. That means long-run economic profits will gravitate toward zero. Producers will expand when they expect profits. Losses will trigger contraction. That is the hog cycle. It has been around forever.

Current levels of risk, uncertainty and input costs appear to have producers pulling back, in spite of near record and continuing strong hog prices. We’re seeing a change in supply — a retrenching of the industry, so to speak. It’s not a mere change in quantity supplied, as producers indicate they are cutting back despite expectations of strong prices.