California winemakers are predicting that business will revive within three years from a slump that began in 2007.Concerns: coming years will bring tax increases; water shortages for wineries; domestic grape shortages; and lower prices on imported grapes.Wine executives are looking forward to a groundswell in consumption from the Millennial Generation. 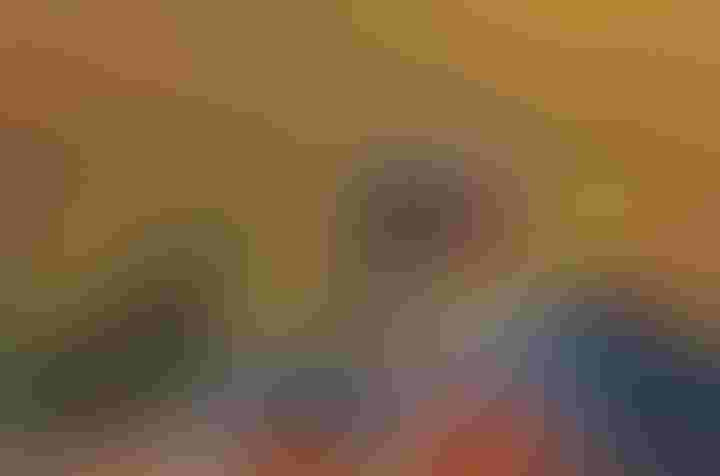 California winemakers are once again bullish on the future of their industry, predicting that business will revive within three years from a slump that began in 2007, reports Robert Smiley, dean and professor emeritus at UC Davis, Graduate School of Management.

“There never was a better time to be a consumer of high-quality wines,” Smiley said, noting that during the past two years the prices of higher-end California wines have been reduced on average by 15 percent to 25 percent.

Smiley's ninth annual wine executives survey tapped the opinions of the heads of 26 key wine operations. Most of the survey respondents represented wine companies; others were from firms that ranged from grape growing to wine-distribution operations. The responding executives said they anticipate that pending legislation, particularly bills aimed at curbing direct sales of wine to consumers, will be among the industry’s major “hot issues” for the next five to 10 years.

Results of both surveys are available online at: http://www.gsm.ucdavis.edu/2010winestudy.

“Legislation supported by wine distributors is pending in several states that would make it more difficult for consumers to purchase wine directly from the producers,” Smiley said.

He noted that the wine executives surveyed also were concerned that the coming years will bring tax increases; water shortages for wineries; domestic grape shortages; and lower prices on imported grapes, which will make it unprofitable for domestic growers to expand their plantings.

“The wineries were encouraged by an uptick in sales during the past year, however their optimism was tempered by the fact that many of those sales increases were achieved by cutting prices,” Smiley said.

He noted that many wine executives are looking forward to a groundswell in consumption from the Millennial Generation. This group of consumers — also referred to as Generation Y — is roughly composed of individuals born between the mid-1970s and the early 2000s.

“The Millennial Generation is very important, because their predecessors in Generation X have not been particularly fond of wine,” Smiley said. “Wine industry executives are hopeful that this new generation, which first learned an appreciation of flavors and place-of-origin as recreational coffee drinkers, will transfer that appreciation to wines,” he noted.

Smiley's survey of wine professionals, now in its 19th year, included responses from 109 wine producers, as well as wine grape growers, distributors, retailers and lenders from throughout California. It is the largest survey of its kind in the wine industry.

Fifty-six percent of the wine producers and more than 66 percent of the wine distributors responding to the survey predicted that the wine business will get “back to normal” within three years. The majority of survey participants reported that they believe consumers are continuing to look for bargains in wine purchases, are dining out less and purchasing lower priced wines, trends also noted in last year’s survey.

They also reported that they had altered their business practices since the economic recession began in 2007 by creating more flexibility in their business plans, reducing operational costs, increasing wine-by-the-glass sales rather than relying primarily on bottle sales, and adjusting to lower profits. They also noted that the prices paid for supplies and wine grapes had dropped, direct sales to consumers had increased and staffing had been reduced.

Additionally, they noted a dramatic increase in their business use of social media, including Facebook, Twitter and company blogs.

“Social media has been widely used, in part because it is quite inexpensive,” Smiley said. “The challenge is to make use of it strategically, without wasting time.”

The responding professionals predicted that among red wine varietals, demand for and sales of Cabernet Sauvignon and Pinot Noir will be particularly strong during the next three years. And among white wine varietals during the same period, Chardonnay, Sauvignon Blanc and Pinot Grigio will be moderately strong performers, they said.

The Graduate School of Management will continue its work with California wine executives when it collaborates with the UC Davis Department of Viticulture and Enology in offering the Wine Executive Program March 21-25 at UC Davis. The four-day program is designed to teach the fundamentals of winemaking and management skills that are necessary to be profitable in the wine industry and related businesses. More information about this spring program is available online at http://www.wineexecutiveprogram.com.