&nbsp;Moist soils are easily compacted because there&#39;s still air locked in the soilFreezing and thawing cycles can alleviate some compactionDeep tillage may fracture compacted zone and introduce air into soil 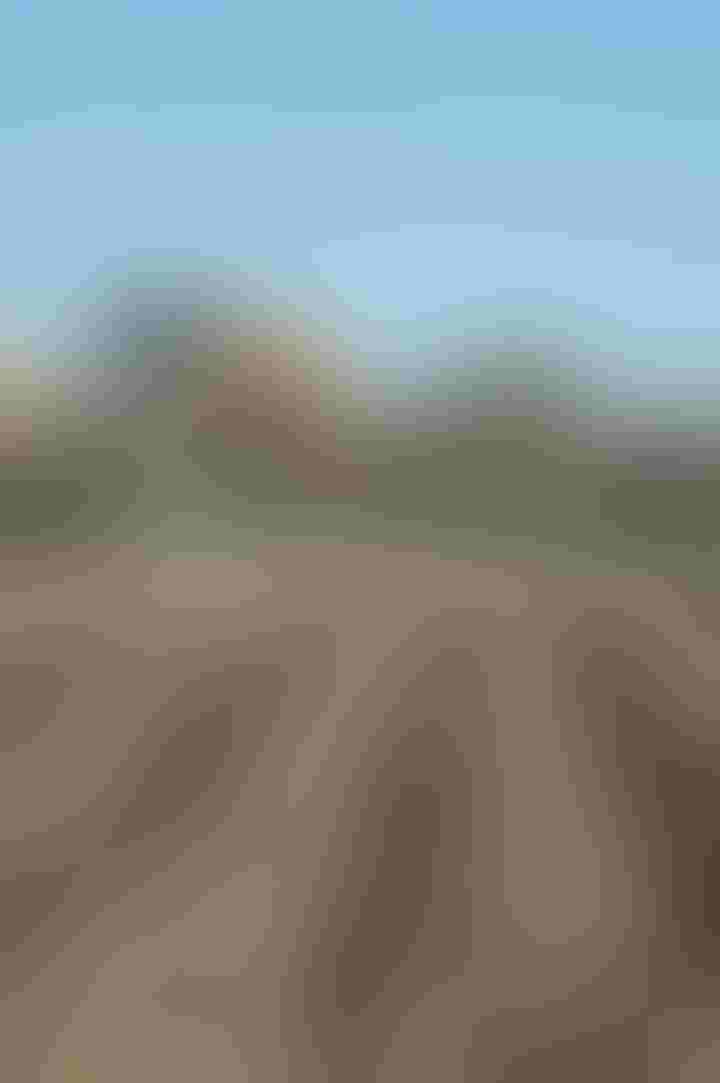 Who is done with fall tillage? Who has yet to start? Still quite a few in that last category, but in some pockets of the Corn Belt, the tillage equipment has been cleaned and put away for the year.

Fall tillage was underway early this year because of rapid crop drydown and a nearly rain-free harvest period. That means the soil is dry, which is a benefit, because wet soil will compact during tillage exercises. University of Illinois Crop Production Specialist Emerson Nafziger says soil in good condition is about half mineral and half organic material, and about half of it is pore space, which can fill up with water. His newsletter says when soil is compressed, the air is forced out, but dry soils will not compress because the dry mineral matter does not have the ability to be compress and stay in that condition.

Saturated soils cannot be compressed because water does not compress, but moist soils are easily compacted because there is still air locked into the soil. When soil is about 20-25% water and is being held despite gravity, Nafziger says the water is at field capacity. Compaction occurs when moist soils are compressed from heavy field equipment. But since that is generally on the surface, such crusting does not contributed to deep compaction. Last year, water remained in the soil through a large expanse of the soil profile, and compaction occurred at spring planting time, as well as at harvest. Consequently some of the compaction remained into the 2010 growing season. He says compaction will allow water to stand, instead of drain away, and poorly drained soils have the most compaction.

Freezing and thawing cycles can alleviate some of the compaction, but that compaction has to be near the surface so the cycles can break apart crusted soils. But soils that are compacted below the 6-in. level may not be helped that much by freezing and thawing cycles, since they may only thaw once during a season. Nafziger says that means the natural processes did not do much to alleviate the freezing zone.

Which tillage methods should you use?

If you have a deep compaction zone as indicated by a soil probe, one of your choices may be to use deep tillage to fracture the compressed zone and introduce air into the soil at deeper levels to enhance the shattering capability. Deep ripping is one alternative, which uses a tillage tool with five to seven heavy standards that will rip compaction zones that are 12-18 in. or less. It is possible to obtain tines that do a good job below the surface without altering the crop residue on the surface.

Regardless of your choice of tillage tool, Nafziger says there are several basic principles to guide your operations.

Most of your concerns may be about compaction in the soils that will be planted to corn next year that means deep tilling soybean stubble, which is already a mellow soil. Soybean stubble should be checked with a soil probe for any compaction. However, with bean yields as high as they were, one would wonder if there was a compaction problem. Nafziger says compaction does not always have a negative effect on yield and compaction layers may even hold moisture for the benefit of the crops planted in that field. But for the most part, he says there is more negative than positive to soil compaction.

Soil has a considerable number of pores, in addition to its mineral and organic content, which means it can hold moisture of varying amounts. Extensive water quantities mean there will be less compaction, but surface crusting will hold water. Dry soils will shatter more than wet soils during tillage operations. Freezing and thawing cycles will also facture compaction zones, but such zones will not benefit if they are too deep for only one cycle per year. Heavy equipment can compact soils, but primarily on the top. Deep tillage can be used to shatter the compacted layers, but its benefit is limited to how low it can go.