The new 5-model S-Series combines from John Deere ups the stakes in comfort and harvesting capacity. 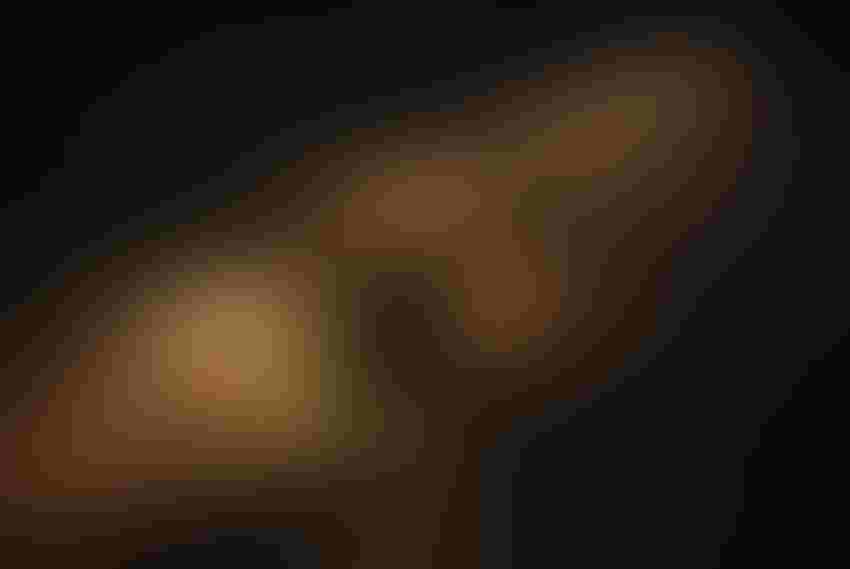 John Deere this month launched a new series of combines designed to handle high-yield corn and other tough crop conditions. The new S-Series consists of five models that range from a 271-hp Class 5 machine all the way up to a new 543-hp Class 9 model. These combines are the upsized replacements to the 70 Series launched in 2007 and incorporate extensive changes from front to back, says Tim Bauer, future marketing rep for John Deere Harvester Works.

First is a brand-new cab. The last time John Deere launched a new combine cab was in 1989, Bauer says. This time, the company increased interior space by 30% and added more glass for better visibility. A refrigerator has been tucked underneath the buddy seat to eliminate the need for a cooler. Controls are laid out similar to what you’d see in other John Deere vehicles so operators know what’s where whenever they switch vehicles.

The capacity gained in the chaffer is matched in the sieve, now 18% larger than previous models, to separate grain from chaff and get it in the tank. The two largest models, the S680 and S690, come standard with a 400-bu. grain tank, which is the largest factory-available tank in the industry to reduce the number of stops required to unload, Bauer says. Grain is unloaded at a rate of 3.8 bu./sec.

Several new residue options have been added, both of which can be activated from the cab. A Premium Residue System allows you to open a rear door that allows straw to fall directly into a windrow for baling. A new wind compensation feature fights side winds so residue gets distributed evenly.

Finally, header offerings have been expanded to increase cutting capacity. Both 16- and 18-row corn heads have been added to the 600 Series corn heads. Also new is the 600FD Hydra Flex Draper, available in 35- and 40-ft. models.

The new S-Series combines, corn heads, and draper headers will be available for the 2012 harvest season. You can get a virtual tour of these products in our upcoming videos. In the meantime, see your local John Deere dealer or visit www.JohnDeere.com for more information.