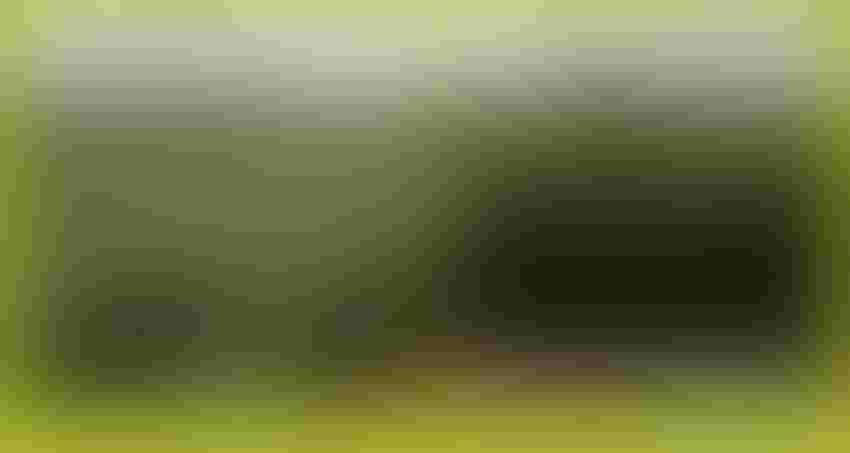 Andy and Nikki Dunn operate a 1200-acre farm in Falls City, Neb., that includes row crops, a cow-calf herd and a retail greenhouse where they sell ornamental plants and vegetables.

“We have been noticing more corn rootworm pressure for about three years. In certain places, we’ve seen it show up even in fields that were planted to soybeans the previous year,” Dunn says. “Our CRW control program has included using traits along with Force insecticide in a few places.”

Dunn became painfully awareness of the corn rootworm threat in 2013 when a strong wind struck a cornfield that was expected to yield between 200 and 205 bushels per acre. “The wind uprooted the entire plant,” Dunn recalls. While he was still able to harvest most of the grain due to the angle of the stalks, he was forced to slow his combine down to 1 mph, decreasing fuel efficiency and requiring much more time during the busy harvest season.

“The combine was struggling to maintain efficient operating speed,” Dunn says. “The header was bringing in the entire plant, roots and all.” Dunn estimates the yield loss at between 7.5% and 10% per acre, with a lot of dirt in the grain.

Dunn’s harvest incident made him look more closely at Agrisure Duracade trait stacks when its preliminary approval was issued. “As I considered trying new options for CRW control, I thought if it can keep the combine operating efficiently and harvest all the grain, then it’s worth a try,” he says.

“My experience is very similar to when Bt corn first came out, and we saw better standability and more plants going through the machine,” Dunn says. “I really feel it will be a plus in high corn rootworm areas.

“The biggest thing about Agrisure Duracade is that it brings dual modes of action to help fight the spread of corn rootworm resistance. We need to do everything we can to increase the longevity of the technology,” he says.

Dr. Michael Gray, Extension entomologist at the University of Illinois, conducted root evaluations in Urbana, Ill., on 27 CRW control options and four untreated checks during the 2014 growing season. The fields had moderate CRW pressure and the root systems were scored based on nodal injury.

“The Agrisure Duracade E-Z Refuge hybrid had slightly less than half a node missing, which was not significantly different from any of the other treated options, but significantly better than the untreated checks,” Gray says. “It’s always a positive to have another tool in the toolbox.”

Because two Cry proteins offer some corn rootworm protection, Agrisure Duracade E-Z Refuge hybrids are considered to have a pyramided trait. EPA allows pyramided hybrids to have only 5% refuge instead of the usual 20%.

“However, cross resistance between the mCry3A and the Cry3Bb1 proteins has been documented in several states,” Gray says. “In areas where resistance to Cry3Bb1 has been confirmed and Agrisure Duracade hybrids are planted, the efficacy of the mCry3A protein could be compromised, as well.

“In effect, only the new eCry3.1Ab protein would provide the bulk of the needed root protection,” he adds. “This would place significantly more selection pressure on this protein for resistance, especially since the refuge requirements have been reduced.”

The stewarded launch of Agrisure Duracade in 2014 was conducted to keep the grain out of trade channels until China allows its import. The terms of Syngenta’s 2014 Right to Grow agreement required that growers feed the grain to their own livestock, sell it to a nearby feed mill or market it through Gavilon Grain.

“We’ve partnered with Gavilon Grain to build a network of accepting elevators, livestock feeders and ethanol plants,” says Duane Martin, Syngenta product lead, commercial traits. “As growers choose an Agrisure Duracade corn hybrid for 2015, they can link to Gavilon Grain and be connected to an accepting grain outlet that will channel it to an appropriate end use market.

“Growers who comply with the Right to Grow program in 2015 will receive a per-unit stewardship premium for properly handling Agrisure Duracade corn,” he says.

Agrisure Duracade will be available for 2015 planting on Golden Harvest and NK seed corn, as well as from multiple regional seed companies to whom Syngenta has licensed the trait.