The Flint Irrigation Scheduling Tool (FIST) is aimed at conserving water and increasing the efficiency of water crops in southwest Georgia.FIST uses several proven state-of-the-art technologies to accomplish its goals.The project will include 10 farmer fields this year, ranging from 100 to 200 acres. 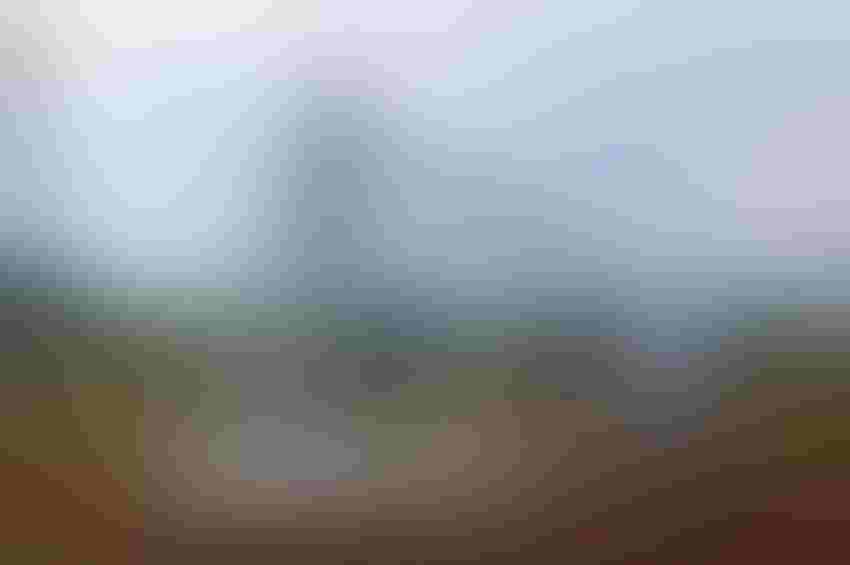 <p> IRRIGATION SCHEDULING TOOLS are seen as an integral part of conserving water and increasing efficiency.</p>

The suspension of irrigation permits last summer in portions of southwest Georgia came as a surprise to many in the region, but it should have served as a clear warning to farmers that it’s time to get serious about becoming more efficient irrigators.

To that end, the University of Georgia began the Flint Irrigation Scheduling Tool (FIST), a partnership between the Flint River Soil and Water Conservation District, UGA, the USDA-NRCS, USDA-ARS, IBM, and several participating farmers.

“This is a very exciting project because it’s not strictly research driven, but it’s driven by producers in a part of Georgia who are very interested in using irrigation scheduling tools and other means of conserving water, says Georgia Vellidis, UGA Department of Crop and Soil Science. “These are very forward-thinking producers who are concerned about their future and their access to water.”

Also included in this area is the watershed of the Apalachicola/Chattahoochee/Flint River Basin, which has caught the eye of legislatures and the public in the last 15 to 20 years because of disputes between Alabama, Georgia and Florida over water use from the basin.

“The metro-Atlanta area is the cause of much of the controversy because they are at the very top of this river basin and are consuming a lot of the water that they were never destined to consume.

Farmers in southwest Georgia are caught in the crosshairs because they are big users of the supply, and they’re juxtaposed to what the needs are in the metro area and to the oyster fisherman in the Apalachicola Bay. Center Pivot irrigation is what is driving all of the problems that we’re trying to address in the area,” says Vellidis.

The FIST project began last spring and summer, he says. “Our project goal here is pretty simple – it’s to provide the Flint River Basin farmers with some irrigation scheduling tools that will allow them to optimize the use of water and produce the maximum amount of food and fiber with the water they use. We also want to help them significantly conserve the amount of water they’re using. So another goal is to reduce water consumption overall.”

Proven state-of-the-art technology is being used to achieve the project’s goals, he adds. “We’re taking those technologies that have been proven and are state-of-the-art from the last five to 10 years. These solutions must be producer friendly and reliable, so we’re not trying to conduct a research project that requires researcher intervention at all times. The producers will be the ones using this, so it has to be developed so that they can.”

The technologies selected for use in FIST include a soil moisture sensor system developed at the University of Georgia, the UGA Smart Sensor Array (UGA SSA).

‘We selected this system because it has many good advantages for our purposes. It doesn’t mean that there aren’t very many other good commercially available systems out there – this one just suited our needs better.”

Variable rate irrigation – which also was developed by the University of Georgia but is now available through all major center pivot manufacturers – also is being incorporated into the system, says Vellidis.

“In addition, we’re using a suite of irrigating scheduling models that were developed by USDA-ARS in Georgia – Irrigator Pro – and they’re available for peanuts, cotton and corn, which are all important rotation crops in this area of southwest Georgia.”

Eventually, there will be two modes of delivery for these tools, he says. “There will be Internet-based so you can go to your desktop or laptop computer and access these, or you can use a smartphone to access these tools. The producers involved are very interested in the smartphone access because they don’t want to be tied down to a computer. They want to be able to pull up this information wherever they may be and direct their farm crew to do whatever is needed.”

“Our innovation is that we have developed the technology to transmit the data from Watermarks wirelessly and cheaply. Our antenna is mounted on a spring-loaded device so farm vehicles can go right over it. We chose to use mesh networks, which is a low-power, effective way to transmit information.”

As the name implies, mesh networks create a wireless network between the nodes. The RF transmitters act as a repeater to pass along data from other nodes to form a meshed network of nodes. If any of the nodes in the network stop transmitting or receiving or if signal pathways become blocked, the operating software re-configures signal routes in order to maintain data acquisition from the network. To overcome the effect of the plant canopy on radio transmissions,  the RF transmitter antenna is mounted on spring-loaded, hollow, flexible fiberglass rods approximately 8 feet above ground level. This design allows field equipment such as tractors and sprayers to pass over the sensors – something which no other truly wireless system offers. The effective range of the RF transmitter is about 2,500 feet.

“An important characteristic of our system is its affordable cost – a 20-node system can be installed for a onetime cost of $3,500. Installing irrigation sensors throughout an irrigated field is a key to understanding and managing the soil moisture variability which exists in all fields.  With extensive testing, we have proven that our system is robust, reliable, easy to use, and affordable.”

Variable rate irrigation, says Vellidis, is a very valuable tool for producers in this part of the state because it conserves water by allowing them to remove non-crop areas from being irrigated. “We use a system by Farmscan, allowing you to control water application rates from 0 to 200 percent of normal.”

The Irrigator Pro suite of models which is being incorporated into FIST is in the public domain and is readily available, he says.

“We’ll have high-resolution precipitation forecasts. IBM’s Deep Thunder team is partnering with us to use these, and all of this can be downloaded to a variable-rate irrigation map.”

The FIST project currently includes 10 southwest Georgia production fields, ranging in size from 100 to 200 acres, says Vellidis. “All of these fields have a variable-rate irrigation pivot. We’re developing the “dashboard” for farmers who are using this system. Producers will be actively using the system this season, and we’re planning to have a smartphone system ready by 2014.”