&bull; The important thing is having that water supply available when you need it during the growing season. There are a lot of options out there.&bull; Unfortunately, Alabama is at a disadvantage because we can&rsquo;t always drill a 100 or 200-foot well and begin to pump 500 to 1,000 gallons per minute. 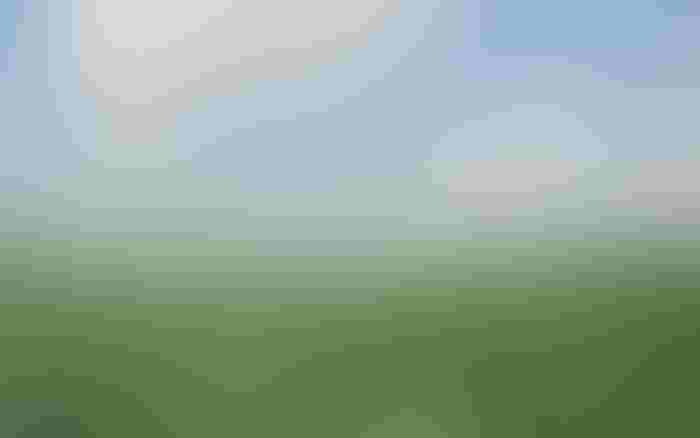 <p> FARMERS WHO ARE installing irrigation for the first time or expanding a current system should carefully consider the available water supply and the type of irrigation to be used.</p>

For a farmer who’s considering installing irrigation for the first time or expanding, there are several factors to consider, but first and foremost are water supply and the type of irrigation system to be used.

“The biggest issue we have to consider with water supply is making sure we have enough water during the growing season, especially during the latter part of the season when it’s most critical, such as the tasseling stage of corn,” says John Fulton, Auburn University Extension Specialist — Biosystems and Engineering.

“It’s typically the driest part of the year, and it’s the maximum water usage for the plant. So it’s critical that we have an adequate water supply at that time.”

Growers must consider the potential for significant water use with any irrigation system, says Fulton.

(For a look at how one Alabama farming operation is using irrigation, see Alabama's Dee River Ranch: state of the art irrigation technology on display).

“In Alabama, we commonly have droughty growing conditions, and corn or cotton could require anywhere from 1/10 inch starting out to 3/10 or 4/10 inch of water, depending on the growth stage. Growers need to ask themselves if they can supply that amount of water adequately and at a frequency to maintain or maximize our yields,” he says.

It’s important to factor in the crops you’re growing and the water-use curves of each, says Fulton.

“You also need to look at the type of irrigation you want to install and at the water supply or storage you would need.”

Alabama is blessed with adequate annual rainfall, but much of it occurs during the winter months, he says.

“The important thing is having that supply available when you need it during the growing season. There are a lot of options out there. Unfortunately, Alabama is at a disadvantage because we can’t always drill a 100 or 200-foot well and begin to pump 500 to 1,000 gallons per minute.

“Groundwater is very limited in many places in Alabama, so we have to look at other ways to make it economical. There are ways to gain access to groundwater and drill wells, but it’s very expensive.

If a farmer is planning on drilling for water, Fulton recommends hiring a reputable, experienced well driller.

“They’ll drill small test wells and look for the water, and they can see the depth and flow rate that can be expected for irrigation.

“There’s also the possibility of pulling water from a river or large stream that’s adjacent to your property as long as it’s flowing during the growing season and as long as you’re not having an environmental impact on the fish or wildlife in that body of water.”

Another option, says Fulton, is on-farm storage, whether it’s using existing ponds or constructed ponds or reservoirs that can then be used to supply water for irrigation.

“If you want to install two or three center pivots and water a larger area, you’d need a larger pond or multiple ponds to support the irrigation during the early season and not draw it down to the point of being dry when water is needed for critical crop stages.”

Water storage on the farm is now a proven irrigation technology, says Fulton, and the NRCS AWEP program has provided cost-share funds for developing ponds to be used in watering cropland.

Investing in any type of irrigation requires a lot of capital, says Fulton, but many farmers are seeing a quick payback, especially with current commodity prices.

Most producers who have adopted irrigation for row crops are using center pivots, primarily because of efficiencies they provide, the area of coverage, and the costs when compared with other options, says Fulton.

“The idea is to sustain yields and manage risks. If you can maintain corn yields of 200 to 250 bushels per acre during drought years or maintain three-bale cotton, it can mean something significant for your operation.

“Normally when we talk about center pivots, we’re talking about being able to cover a crop about every three days. If you’re able to make only a partial turn, it might take more than three days.”

Another irrigation option is traveler guns or hose reels that fill in areas where center pivot might not work, says Fulton.

“They are cheaper from a capital investment standpoint, so growers may start out with those. But they are a 24/7 operation and can be very tiring and labor-intensive.

“Also, they’re high-pressure systems, so they’re not as efficient as center pivots. We’ve seen some furrow irrigation in Alabama, but it’s trickier because you have to have the correct soil types to support it. Secondly, you have to do some land-grading, which can be an expensive proposition.”

“We’ve seen a tremendous expansion of drip irrigation both in north and south Alabama. Farmers are burying the tape, and it’s working well in smaller fields where center pivots just aren’t feasible. You might have an odd-shaped, 20 or 30-acre field where drip irrigation will work better.”

Since 1998, researchers in Alabama have been looking at drip irrigation and have seen many successes, he says.

“Pressure-compensating tape allows you to go over a hillside and down, and it allows you to have an even water flow regardless of where you are along that slope. We’ve got more than 3,000 acres or so of row crops in Alabama being watered by subsurface drip irrigation.”