With many of the original precision ag technologies now approaching maturity, irrigation is the next big challenge.Variable rate irrigation (VRI) has been proven to increase efficiency in applying water to crops. 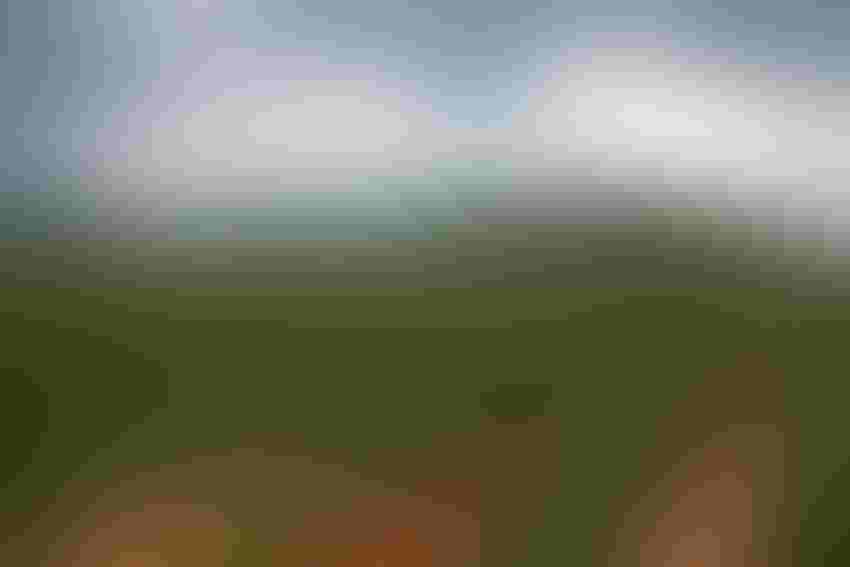 <p>VARIABLE RATE IRRIGATION is seen as the next big challenge in precision agriculture applications.&nbsp;</p>

Many of the original precision agriculture technologies are approaching maturity, so the time is right for farmers to use the advancements to better apply and use water on the farm.

“In other words, we’ve been working on these technologies for a number of years, we understand how they work, and we’re at the point to where we can manage the data pretty well,” says George Vellidis, University of Georgia crop and soil sciences professor and head of the Vellidis Research Group at UGA. “We’ve been using them for a number of years now to measure crop response and to do variable rate applications of fertilizers, plant growth regulators, defoliants on cotton and other inputs. So the next big challenge is to address the parameter that affects all crops, and that’s water.”

A yield map, he says, can readily show the changes in yield that result from various water patterns in a single field. For example, bright green circles within a field can pinpoint leaks in a center pivot.

“While a yield map can show us that more water resulted in more yield, it also can show as that a field is being under-irrigated. That’s not really a surprise,” says Vellidis. “These kinds of yield maps provide us with an interesting opportunity. Because not only can we see that the yield increases with additional water, but we can make economic decisions from this data. You can see how much more yield resulted from the extra water, and you can see if it would be economically beneficial to irrigate at the higher rate.”

Everyone knows that water is a key parameter for crop production in the Southeast, he says. “We can have all the fertilizer and all the micronutrients we need, but if we don’t have enough water, or the right amount of water at the right time, we won’t optimize our yields. Plus, it’s very expensive to irrigate.”

If you’re using a conventional pivot to irrigate a field, then you’re watering the entire field – the wet areas, the dry areas, and the non-farmed areas, he says.

Using a southwest Georgia field as an example, Vellidis says the field is 282 acres in size, and the non-farmed area is 84 acres, so that’s 37 percent of the wet area.

“Doing some simple math, 84 acres multiplied by $11 per acre inch – which is UGA’s estimated cost for average irrigation – we come up with $924 for every inch of irrigation that is wasted because it’s being applied on areas that are not farmed. Taken over an entire year, which would be an average of about 11 inches in south Georgia, and the total would be almost $10,000 that is spent to irrigate areas that are not farmed.”

There’s no reason, says Vellidis, for farmers to continue doing this. “The technology is available for us to do variable-rate irrigation (VRI) and to not wet those areas, but most farmers don’t utilize it. Variable-rate irrigation is a viable technology, and it’s something we need to start doing. It’s economically feasible because of the examples we’re seeing on farms. Granted, this is an extreme case, and most growers don’t have 37 percent of a field that is not farmed.”

Irrigate according to need

Variable-rate irrigation technology allows you to change the rate of water application throughout a field according to need, says Vellidis.

“If you want to choose an application rate that’s 50 percent of normal, then you cycle the sprayers on and off, 30 seconds on and 30 seconds off. You can make things more complicated by including the speed of the pivot in the equation.”

That same 282-acre field used in the example is now equipped with a variable-rate irrigation system that’s only an “on” and “off” system, and the farmer is getting an approximately 37-percent savings on the pivot in that field, he says.

The most expensive phase of retro-fitting VRI to a pivot is the first span of the pivot, he says. As you add spans, the cost becomes lower. An approximate cost for a 75-acre pivot would be about $16,000, according to one of the companies that offer VRI retro-fitting.

“Up to now, we’ve discussed VRI as an ‘on-off’ option. But this doesn’t address agronomic VRI, which means the variable rate use of water over the crops while we irrigate. This is where we have an opportunity to maximize our water-use efficiency. Up until now, we’re putting water on at the same rate, across all crops, no matter what the crop conditions. VRI allows us not only to turn off water over areas that we don’t farm, but it also allows us to change the rate over crop areas to meet the crop demands. And this is where we really gain our economic benefits.”

Vellidis cited the example of a south Georgia grower who had created irrigation management zones, each with a unique application rate. “He has realized water savings rate of about 7 ½ percent over the normal application rates he would have used. He also says he has more uniform yields and higher yields overall.

This particular farmer, says Vellidis, created static maps, and he used them throughout the season.

“Our next step is a dynamic VRI, where we need to respond to whatever the crops are telling us in each of these irrigation management zones. That is how we can achieve the highest water-use efficiencies.”

Soil moisture sensors that are designed to work specifically with a VRI system currently are available to farmers, says Vellidis.

“This type of information is necessary to make good irrigation scheduling decisions – especially if a variable rate irrigation system is used. The UGA SSA consists of smart sensor nodes and a Gateway. A ‘smart sensor node’ is defined as the combination of electronics and sensors installed at each location in the field. A UGA SSA node consists of a circuit board, a radio frequency (RF) transmitter, soil moisture sensors, and temperature sensors. Each sensor node accommodates up to three Watermark soil moisture sensors and two thermocouples for measuring temperature.”