We caught up with Kawasaki&rsquo;s Kevin Allen, public relations manager, at a recent media event to get his insight on the new Mule, the utility vehicle market and what&rsquo;s next for the company. 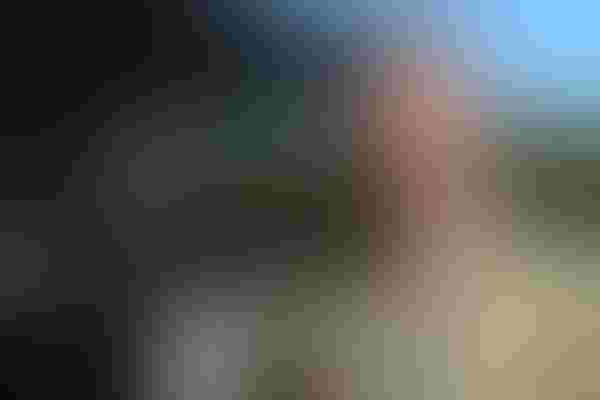 <p class="F06Body">After reinventing the chassis with the Mule Pro series, Kawasaki&rsquo;s Kevin Allen (shown) says its next generation vehicles will gain the suspension to go even faster and over rougher terrain. </p>

Kevin Allen, PR manager at Kawasaki, has been with the company for just over two years, but he knows the market inside out, having been in the motor sports business for almost a decade. We caught up with Allen at the recent launch of the Mule Pro diesel series in San Antonio.

What’s the history of Kawasaki?

The company’s background is in heavy industries. In Japan we make large container ships and are involved in the production of high-speed passenger trains. We’re also involved in the engineering of aircraft parts, robots and gas turbines. For example, we built a factory to make the front fuselage of the 787 Dreamliner.

That is our background and one of the reasons we are known for durability because we make machines that have to last decades. We have to test to a certain standard, and that testing mentally is transferred to all of our products, including the four-wheel products we make in Lincoln, Neb.

When did the company enter the utility vehicle market?

We started making side-by-sides in 1988, starting with the Mule 1000. It was immediately successful because there was nothing like it on the market. We’ve since developed the product line with the Mule 2000, 3000 and 4000, making the vehicles bigger, faster, more durable and with more safety features. In 2014, we launched the Mule Pro series, a professional-grade product built for the farm market.

What’s been the success of the Pro series?

It was the most successful product we had for 2014, and it changed our business model from being “mostly motorcycle” to now “mostly four-by-four” almost overnight.

What sales do you expect with the diesel unit?

We expect a quarter of our total sales in the SxS market will be in the diesel segment because of the comfort factor that farmers have in owning diesel vehicles.

Where do you rate among competitors?

For this new unit, the main competitors are the Kubota RTV diesel, the John Deere 655D diesel and the Polaris Ranger 955 (and now 1028) diesel, in that order.

In terms of market share, we are second, closest to John Deere. But we want to be No. 1. We think this new diesel unit will get us there based on the price, total capacity and total capability of the unit.

How do your UV units compare?

The Kubota unit has bigger displacement, but it is also has higher cost. We claim that with our product’s capability and usefulness, plus our lower price point, we will see an increase in volume that will nudge us up in that direction. John Deere and Kubota have an advantage because they also sell farm implements. And they have the ability to throw in a utility vehicle in the purchase price, either as a promotion or as an add-on to their other implement purchases. It is an easier purchase, convenience-wise, at the time of sale. But we believe if customers are aware of our capabilities, price point and three-year warranty package, they will buy ours instead, and know they will get the value out of it.

What are Kawasaki utility vehicles known for?

This is just speculating, but we think it will be the suspension. When you add work capabilities such as towing and carrying, you add more weight, which puts strain on the suspension. So probably the next engineer that joins us will be a suspension engineer. Our first focus was the chassis, going from a one-row to a two-row and adding the trans-conversion unit, which we brought with the Mule Pro FXT. Now, a year later, we have a diesel unit. The next step is how do we improve the whole platform? And that is in suspension, which will bring us to even faster speeds and rougher terrain capabilities.