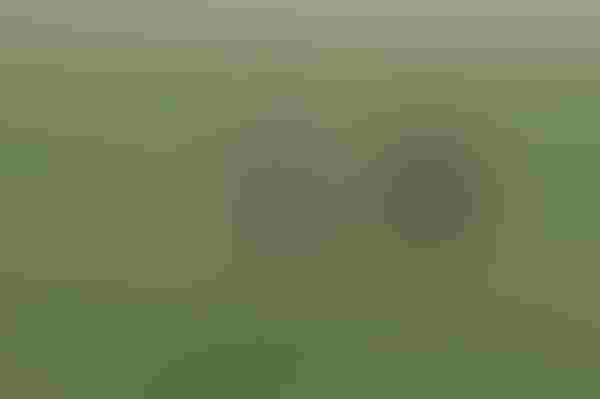 Six years ago, brothers Tom and Jim Wagner, Primghar, IA, made a decision that changed their farming lives – and they’ve never looked back. The corn and soybean producers had shared equipment with a neighbor, using his tractor and ripper in exchange for planting his crops. When the neighbor opted for an off-farm job, he rented his land to the Wagners. He auctioned off his big tractors and tillage equipment and, as Tom and Jim weighed the possibility of taking on more land, they took a hard look at their own equipment situation.

Saving fuel, time and equipment were key considerations. After looking at all the options, they took the plunge into no-till soybeans planted into corn stubble. “Then, we had a lot of residue the next spring, so we thought we should try strip-tilling the corn…something we’d been looking into for a while,” Jim says.

A major advantage to strip-tilling corn in combination with no-till beans is that the strips increase spring evaporation in the seedbed and give seedlings an earlier warm germination boost. That early boost for the northwestern Iowa region also helps minimize disease problems.

All of their soybeans are no-tilled and about 80% of their corn is strip-tilled. This leaves room to work in some hog manure, while preparing some of their recently acquired land for strip-till.

“Our goal is to eventually strip-till 100% of our corn, but it takes a couple of growing cycles with new land to really get up and running with it,” says Tom. “It requires a change of mindset.”

Jim agrees: “Some guys just love to be out there moving dirt and driving big rigs, but once we started not doing that, we decided, ‘Well, this is working pretty well.’ We’re saving fuel and soil and we don’t alter any yields.”

For one thing, their tillage efficiencies provide more time for their seed dealership. And the proof is in the Wagners’ demonstration-plot yields.

“We’ve maintained our yields compared to conventional tillage,” says Tom. “The advantages of time, fuel and equipment savings give us an advantage –simply by maintaining our yield goals. Our yields are competitive with everyone in the area, and in a couple of drier years our no-tilled beans were better than conventionally tilled beans.”

The Wagners now use a 200-hp John Deere 8230 on a 12-row John Deere planter (30-in. rows) for both strip-till corn and no-till soybeans. RTK guidance keeps the planter securely on the corn strips. Their chief strip-tillage tool for corn is a 30-ft. Blu-Jet toolbar that applies anhydrous ammonia while building strips.

Their strip-till bar has Yetter SharkTooth floating residue managers that clear the 7-8-in.-wide strips. A 20-in.-diameter turbo wavy coulter opens the tillage depth zone. The turbo coulter runs about the same depth as the anhydrous mole knife, and helps avoid deep air pockets in the soil. It also helps anchor the soil. The standard mole knife injects anhydrous down about 6-8 in. On each side of the knife are wavy closing disks.

Wagners have grid sampled and mapped their fields for nearly 17 years and variable-rate apply nitrogen, phosphorus (P) and potassium (K).

Ideally, the strips are established and anhydrous applied in the fall – though 2008 was an exception, when the ground froze and the snows came early. However, the spring 2009 strips and anhydrous did not compromise yields.

With minor changes, the planter is used for planting both strip-till corn and no-till beans.

For no-till beans, a rippled coulter is added to the planter. “We move over and plant beans 6 in. from the previous cornstalk row,” explains Tom. “As soon as we can row the beans we apply glyphosate as an early post-burndown and again three or four weeks later. Later we’ll take care of aphids or apply fungicide on a field-by-field basis.”

“Our silt clay loam here in O’Brien County is very forgiving soil,” says Tom Wagner, a district water and soil conservation commissioner, describing it as a windblown loess over glacial till. “We don’t have potholes or as much of a compaction as other heavy soils.

“We’ve always had good organic matter on these fields,” Tom says. “We’re pretty aggressive on our fertilizer program, and haven’t changed it much with new tillage practices. Our soil tests indicate high levels of nutrients – 30 ppm P and about 200 ppm K. What we’ve really noticed is a big increase in earthworms.”

His brother Jim Wagner adds, “You go out there and pull a corn plant and see that those roots are down so far, so deep and so much better than when we used a field cultivator and disk. The biggest thing is that you’ve got to change your mindset.”

Extensive soil testing prior to switching to no-till or strip-till will determine base nutrient levels and pinpoint where you need to bolster N, P, K and lime. Well-drained soils are also a plus for either tillage method. While strip-till is sometimes considered an alternative to no-till in poorly drained soils, it also works well on well-drained, flatter topography – and on the contour – to minimize erosion in the strip during heavy rains.

Strip-till works well in fields with heavy residue. There should be 70% soybean residue in the field when strip-tilling corn after beans. Strips establish a slightly elevated seedbed that warms up earlier in the spring, promoting earlier seed germination, which also helps reduce the risk of disease.