&bull; Alabama is at a good point right now in that there is only a small amount of irrigation.&bull; But agriculture wants to increase irrigation, and it can done in a way that it is sustainable. 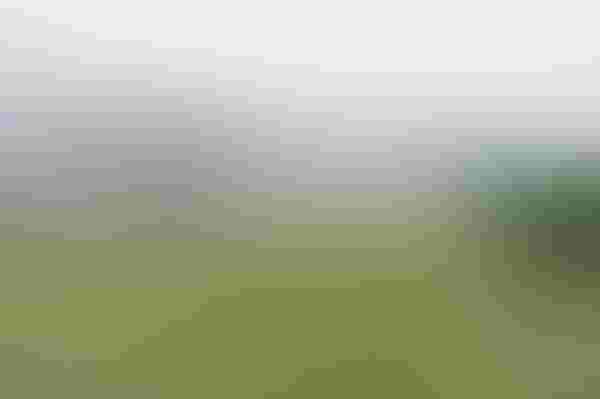 <p> WATER POLICY GROUPS in Alabama are moving closer towards crafting a comprehensive water use plan for the state. The plan could have a significant impact on Alabama farmers who irrigate their cropland are who plan to irrigate in the future.</p>

For evidence that Alabama is serious about pursuing a comprehensive water plan, one need look no further than the state legislature’s recent action to fund a study of the state’s water resources.

In times of tight budgets, it’s a good indication that a statewide water policy is closer to becoming a reality, and the impact on agriculture could be significant.

News of the funding came during the recent Alabama Water Policy Symposium held on the campus of Auburn University.

The symposium was organized by a task force charged by Gov. Robert Bentley to come up with options for a comprehensive water management plan for Alabama. The plan would be the state’s first for managing water resources.

The group will present policy and legislative options to the governor by Dec. 1 of this year.

The theme of the symposium was “Science-based Water Planning and Policy — What We Know, What We Need to Know, and How We Get There.” It is one of several forums held throughout the state for gathering stakeholder input into the development of the water plan.

Sam Fowler, director of the Auburn University Water Resources Center and a collaborator with the Alabama Universities Irrigation Initiative (AUII), told stakeholders at the symposium that irrigation in the state is increasing and will continue to increase.

Want to increase irrigation in the right way

“We think irrigation will increase in Alabama, regardless of whether we promote it or not. We want to make sure it is done in a way which is sustainable,” says Fowler.

It is probable, he says, that irrigation in Alabama will increase significantly over the next five years. “We’ll be coming out very shortly with new data from NASS showing an irrigation increase in the state from 2007 to 2012. I think we’ll have the biggest percentage increase in irrigation of any state in the nation, primarily because we started with such a small base.”

The objectives of the AUII have evolved over the decade that it has been in existence, says Fowler. “In the beginning, it looked at irrigation trends nationwide, especially in the Western U.S., and the fact that it wasn’t going to be sustainable, that irrigation might migrate to the eastern U.S., and whether the state of Alabama could benefit from that migration,” he says.

It also has looked at the economic impact and the environmental sustainability of increased irrigation in the state, he adds.

The initiative also has asked why Alabama has only 120,000 acres of irrigated cropland when there are surrounding states with as many as one and a half million irrigated acres.

“We looked at the challenges of using surface water versus using groundwater. We also analyzed steps we think would be essential for a strategic plan for the future of irrigation growth in Alabama,” says Fowler.

Looking at water use in Alabama, according to 2005 data and looking strictly at consumptive uses of water, none of the agricultural uses of water is a major use of water compared to industrial and public uses, he says.

“We currently don’t use a significant amount of water in Alabama to support agriculture. But if you look at worldwide use of water, and even states that are adjacent to Alabama, you’ll see that agriculture is the 800-pound gorilla — it is the primary consumptive use of water.”

In Western states and in adjoining states like Mississippi and Georgia, water demand for irrigation is the major water-related issue, says Fowler.

Real-time water availability monitoring tools will be needed, says Fowler. “We need a state-level irrigation tracking system so we can monitor the growth of irrigation where it’s happening, whether producers are using groundwater or surface water as a water resource.

The original irrigation tax credit legislation became law in 2012. It allows farmers to claim a maximum tax credit of $10,000 for the installation of irrigation equipment or construction of reservoirs, ponds or wells.

“Farmers can claim the irrigation tax credit over five years from the date a qualifying project is completed. New provisions to the law clarify the process for multiple farm owners claiming the tax credit and allow more farmers to qualify for the tax credit by using direct withdrawal irrigation methods without a reservoir.

Fowler says more support from research and Extension also is needed for the state’s irrigation to expand properly.

“And there needs to be some state-level leadership that is designated specifically to monitor and provide oversight for the growth of irrigation in the state and to insure that it’s done in a way that’s sustainable.”

Alabama, he says, is in a good position to expand irrigation in the right way.

“We’re at a good point in the state right now in that we have a small amount of irrigation, but we want to increase irrigation, and we know how it can done in a way that it is sustainable.

“And the legislature has shown support for providing incentives for farmers who irrigate. We have a great opportunity to do it right. But if we don’t do it right, there will be a lot of problems.”

The degree to which Alabama’s water management plan addresses irrigation will be critical in avoiding these problems, he adds.

Bennett Bearden, general counsel for the Geological Survey of Alabama (GSA) and special counsel on water law and policy for the Office of the State Geologist, told symposium attendees a crisis or crises always drive water policy.

In the case of Alabama, the crises include drought and the ongoing “water wars” with Georgia and Florida, says Bearden, who is chairman of the AWAWG.

He also pointed out that every state in the Southeast that borders Alabama already has developed a state water management plan, “even Mississippi.”

• The demand for water in Alabama is increasing and the supply is finite;

• The riparian system currently employed in Alabama has significant disadvantages;

• Alabama may be vulnerable to federal control over water use through EPA if the state does not regulate water use;

• A comprehensive plan provides predictability [security and certainty] for existing water users; and

Because of the vagaries of common law riparian rights in Alabama, in combination with the fact that Alabama has no water policy, “citizens are left to the throws of the courtroom and the presiding judge to decide their rights to water according to the vague notion of ‘reasonable use,’” says Bearden.

Alabama has a golden opportunity, he says, by participating in the development of a first-ever comprehensive plan to manage the state’s waters. “The ongoing AWAWG efforts, in conjunction with those of the Permanent Joint Legislative Committee on Water Policy and Management (formed in 2008), represent the first holistic approach to analysis of policy options for the management of Alabama’s water resources in more than 20 years,” says Bearden.

Irrigation will be a major consideration in the state’s water plan, he adds. “Irrigation and agricultural initiatives are important. We need to be doing more in irrigation in Alabama, and it will put a lot of jobs back into our rural economies.”

The availability of clean water resources in the state will either enable or limit the future of balanced economic development and a sustained ecosystem, he says.

Some Alabama crops in make-or-break situation