&bull; Within the last quarter century, Dale Monks has had a ringside seat observing how farming has become more data specific. 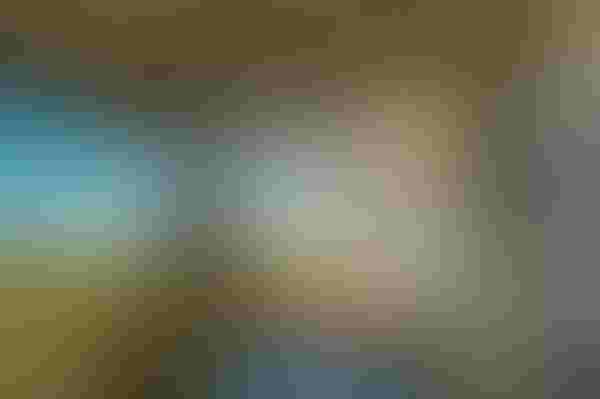 Dale Monks still recalls the day when Patrick Doyle, a beloved Middle Tennessee State University biology professor, gave his students the lowdown on what would likely prove to be the biggest challenge of their careers.

For Monks, now an Alabama Cooperative Extension System crops physiologist and Auburn University agronomy and soils professor, Doyle’s observations not only made a lasting impression but also supplied him with one of the deepest, most invaluable insights into how the world, particularly farming, would work in the 21st century.

The big challenge, as Doyle described it, was electronic data, not only how to manage but also how to make sense of all the data pouring out of computers and other electronic devices  at increasingly accelerating rates.

“That was more than 30 years ago and he was dead on,” Monks said.

Managing the reams of information pouring out of laptops, tablets and smartphones has not only proven to be a major career challenge for Monks but also for the farmers he serves.  In fact, within the last quarter century, he has had a ringside seat observing how these trends have altered the entire farming landscape.

Farming is increasingly about data management, not only collecting and managing the immense volumes of data associated with every facet of farming but also determining how all of it interrelates.

These trends are also calling on Extension professionals to reassess the ways they interact with farmers.

Quick response to crises, whatever they happen to be — insect infestations, prolonged drought, foliar disease stemming from excessive moisture — has always defined Extension work, especially for grassroots professionals such as Eric Schavey, a regional Alabama Extension agent based in the Tennessee Valley.

“As regional agents, that should be about 75 percent of our jobs,” Schavey said.

Like most Extension professionals, Schavey has plenty of challenges on his professional plate— managing his extensive corn variety trials, for one — but when a farmer is in need, his first impulse is to drop everything and respond immediately.

“If the data from one of my corn variety plots is skewed, I write myself a note, but when a farmer’s crop is skewed that’s taking money out of his pocket and food off his table,” he says.

He’s even invented a term for this new standard: HRT, shorthand for holistic real-time response, which, he contends, best expresses the dual challenges of 21st century farming:  responding quickly but also in ways that help farmers make decisions within a context in which all the critical factors are considered and carefully weighed.

“Farmers no longer have the luxury of focusing only on the immediate task — of making decisions in a vacuum,” Monks says. “They have to be constantly thinking beyond the task at hand, anticipating how these decisions will affect other aspects of their operations.”

“The really remarkable thing is that farmers are not just planning according to a 10- or 15-year horizon but are looking even a century into the future, thinking about how changes are going to affect agriculture over generations,” he says.

“If you had something worth that much in a factory, it would be used several times a day, and the fact that something this valuable is left idle for long stretches of time on a farm underscores how sophisticated and challenging farming has become within the last few decades,” Mask says.

Little wonder why Monks’ acronym, HRT, has not only become something of a war cry of Alabama Extension row-crops team but also the basis for much of the in-service training that Extension agents have received within the last few years.

“The thinking reflected now has been around for a long time,” Mask said.

“What’s changed is the critical need for Extension crops experts to become more focused — to understand row crop farming not only as a system of interrelated parts but to anticipate trends before they play out into full-blown crises,” he says.

Just as farming has become more interrelated, the in-service training provided to Extension professionals has become more multidisciplinary to reflect these new realities, with special emphasis on how these different disciplines — agronomy, plant pathology and entomology — relate to each other within a changing farming environment.

Monks, though, is the first to stress that the holistic part of this standard must still be balanced out by real-time response. To better ensure they are both proactive and reactive to producers’ needs, members of the Alabama Extension crops team are also ramping up their presence in social media venues.

Monks and 13 other Alabama Extension specialists representing several disciplines launched their AU Crop Specialists (@AlabamaCrops) Twitter account a couple of months ago and have already garnered almost 90 followers, including several key farm publication editors who are helping spread the word.  They are also tweeting with the hashtag #Alacrops to extend their reach to Twitter users with timely crop-related information.

Many of these specialists have also started twitter accounts and blogs of their own to reach growers.

Monks and the other specialists also use @AlabamaCrops to point to the Alabama Extension Crops team’s Website, Alabamacrops.com, which serves as a comprehensive resource for Alabama row-crop producers.