Grain in flooded bins can’t be fed or sold, and some fields likely won’t get planted. 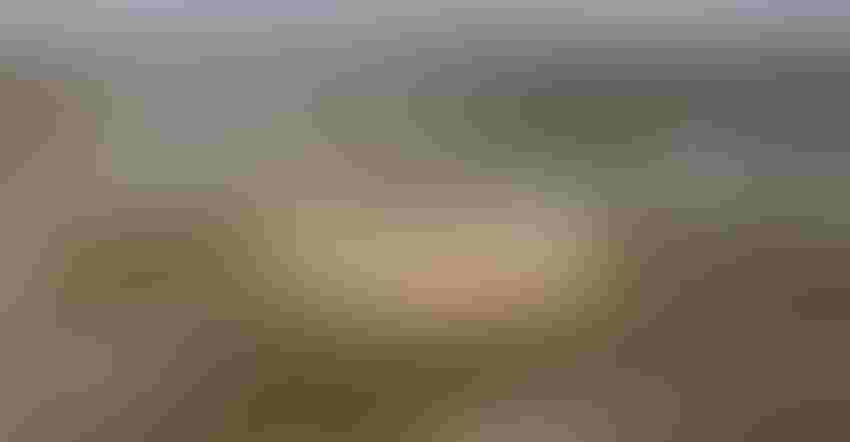 MORE DAMAGE: Farm losses have pushed Iowa flood damage to over $2 billion, according to the Iowa Farm Bureau.

Farmers hit by flooding in Iowa, Nebraska and Missouri are reeling this week after being told that federal disaster aid won’t cover all of their losses, specifically losses from grain stored in bins damaged by floodwater. However, Iowa’s two U.S. senators, Joni Ernst and Charles Grassley, said on April 4 they are continuing to work on getting USDA to do something to help flooded farms.

“One of the major concerns we are hearing from farmers is the loss they are incurring from stored grain affected by the flood,” Ernst says. “Grain from flooded bins can’t be fed or sold. It must be destroyed — disposed of by spreading it on fields. Currently, USDA’s disaster relief program covers lost crops that are growing in fields. It doesn’t cover lost crops that are in storage.”

Ernst and Grassley want to change the USDA rules to cover the loss of the harvested crops in question.

Economists estimate the blow to Iowa’s economy from flooding this spring will reach $2 billion as farmers struggle with damaged grain and hay, a massive cleanup, and impassable roads and bridges to get to fields and livestock.

Iowa Farm Bureau economist Sam Funk says losses to farmers in the flooded Missouri River Valley in western Iowa — and potentially the Mississippi River in eastern Iowa — this spring will ripple through the economy and drive the state’s projected $1.6 billion in damage higher.

“When we look at the crop losses and lost economic activity, it quickly climbs to above $2 billion,” Funk says. He estimates Iowa farmers will struggle to plant as much as 145,000 flooded acres along the Missouri River this year. In 2011, the year of the previous big flood, about 127,00 acres were flooded.

Damage will continue to become more evident and add up long after floodwaters recede.

“In Fremont County, for example, where we have seen more than a quarter of all jobs depend on agriculture and 19% come from crop farming alone, there will be a snowball effect from this early spring flooding,” Funk says. “After the waters recede, the sand and debris left behind must be cleaned up before planting. But the equipment to remove that debris isn’t always available quickly, and fields may not be ready in time for these affected farmers to get a crop in at all this year.”

There are also infrastructure struggles compounding current on-farm struggles. Multiple breaches have occurred in levees, and roads and bridges are rendered unsafe or impassable, which makes it hard to move the equipment in and the product out.

“The areas impacted this year are more extensive than the 2011 Missouri River flooding, where more than 127,000 crop acres were lost,” Funk says. “This flood isn’t just bigger; the effects will last longer.”

This year’s planting challenges may not be the only thing impacting agriculture. Iowa livestock farmers have been directly affected by floodwaters drowning some animals, or in accessing roads needed to care for livestock or transport them to market. Same is true in Nebraska and Missouri. It’s too early to know if these challenges will impact meat prices for consumers.

The size of the areas flooded or being threatened by flooding in weeks to come are a concern. There are acres impacted throughout the Midwest, including Nebraska, the Dakotas and Missouri from this flood. Farmers say at least 30 grain bins in southwest Iowa filled with corn and beans were damaged from flooding. None of that grain can be used, and insurance doesn’t cover it.

Flooded grain not covered by insurance

Those impacts, combined with expected Mississippi River flooding, may push a big reaction in the corn market, initially, which already has several challenges this year. Higher planting intentions for corn may adjust downward due to wet weather. Markets supported by ethanol plants buying Iowa corn are also looking for solid footing with regulatory stability and blending markets to keep up with the legislative intent of the Renewable Fuel Standard.

Soybean stocks were high following another strong production year in 2018, and that may keep prices from moving as high as they might have otherwise with immediate flooding losses, Funk says.

Farmers along the Mississippi River may see possible flooding as heavy snowpack in Minnesota and Wisconsin begins to melt and head downstream. The Missouri River also may see additional flooding with breached levees unable to withstand spring rains.

“Any spring rains we see in the Dakotas and Nebraska will impact southwest Iowa, especially with the damage we’ve had to the levees,” says Chad Hart, Iowa State University Extension economist. “It won’t take as big of a rain event to create problems with the loss of flood protection.”

Farmers with flooded fields will need ideal drying conditions to clean debris from fields and plant a crop this spring. “It’s mostly a lost cause,” Hart says. If fields dry out, farmers would likely grow soybeans, since they can be planted into June without yield losses.

A wet spring is forecast for Iowa and if that projection holds true, it’s likely to push more farmers toward planting soybeans, Hart says. Also, the ongoing U.S. trade dispute with China, the largest buyer of U.S. soybeans, is another factor farmers are watching. If the dispute is settled, that would boost soybean demand and prices.

“It will take time to see if commodity prices might climb as a result of flooding in the Midwest,” he says. “The market will be sorting out planted acres through the next few months, and we know farmers will be keeping an eye on it all.”

Hart doubts if Midwest flooding will help corn and soybean prices, given that the land lost would represent only a small percentage of the nation’s nearly 180 million corn and soybean acres. “The flooding is a huge personal tragedy for a number of farmers, but so far, the flooding isn’t big enough to have a market impact.”