Lighthizer has the tough task of convincing his boss that he needs to exercise patience with lawmakers who eventually must approve his deal but are requiring changes. 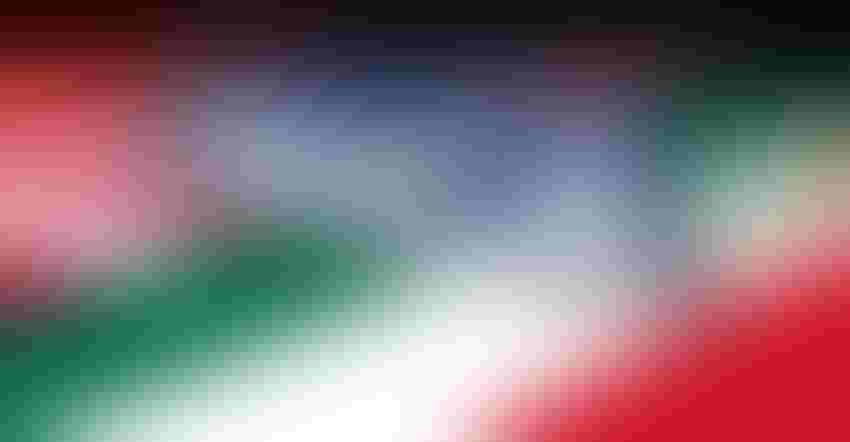 Donald Trump’s push to get Congress to quickly pass his Nafta replacement trade deal will require the president to take an uncharacteristic approach in negotiations: seek compromise while resisting strong-arm tactics.

So far, though, Trump is sticking with his coercive instincts, threatening to nullify the existing agreement a day after signing the new accord on the sidelines of the Group of 20 summit. The threat, intended to spur lawmakers to ratify the U.S.-Mexico-Canada Agreement, illustrates the challenge his administration will face as it negotiates with a Democratic-led House and sets limits on changes sought by lawmakers from each party.

At stake for the president and American lawmakers is the fate of a trading bloc with about $1 trillion in annual shipments that’s lifted some industries while decimating the workers in others. For Democrats in particular, the deal provides an opening to demand concessions that favor unions and include a possible infrastructure investment package.

“There’s no question that there is a path to passage,” said Edward Alden, senior fellow at the Council on Foreign Relations. “The key for Democrats is whether the labor unions are prepared at least not to oppose the USMCA. Without active labor opposition, there will be a significant group of Democrats prepared to vote for this.”

Signed in Buenos Aires on Nov. 30 after more than a year of intense negotiations, USMCA is the biggest achievement in Trump’s trade agenda and its survival depends on whether the president can steer the agreement through fractious domestic politics. Even though it’s been signed by all three countries, it still must be ratified by each nation’s legislature -- and particularly in the U.S., that’s where it can go sideways.

U.S. Trade Representative Robert Lighthizer has the tough task of convincing his boss that he needs to exercise patience with lawmakers who eventually must approve his deal but are requiring changes. Lighthizer doesn’t have much wiggle room to satisfy a wide range of concerns. He says he’s willing to address demands through the implementing bill that Congress will vote on, though he ruled out reopening the deal for negotiations.

According to congressional sources, an infrastructure package is the most likely way Trump could appease Democrats in exchange for their approval of the new trade deal. The president sought to put pressure on Congress Dec. 1 when he pledged to formally terminate Nafta, which would give lawmakers a six-month window to ratify USMCA or end up with no North American agreement at all.

Starting the Nafta exit process while talks between the White House and Congress are ongoing, however, would surely blow up chances for success, the congressional sources said.

Many Democratic lawmakers have said they don’t like the agreement in its current form but are open to working with the administration. Senator Pat Toomey, a Republican from Pennsylvania, said he told the White House it doesn’t have the votes to win approval of USMCA without improvements and has tried to sell them on fixes, “so far without success.”

Senator Sherrod Brown, an Ohio Democrat who is weighing a presidential bid in 2020, said Dec. 2 that “the work’s not done yet.”

“The president needs to talk to Congress on this and we can get back to the table with the Mexicans and the Canadians and do stronger labor standards,” Brown told CNN.

Senator Ron Wyden, a Democrat from Oregon, questioned Trump’s pressure tactics: “If this deal is so great, why is he already resorting to threats to try and ram this through Congress?”

Key U.S. lawmakers including Senator Toomey have also expressed doubt whether Trump can withdraw from Nafta without their approval.

Congress has delegated only “limited” authority to the executive branch, according to Orrin Hatch of Utah, who chairs the Senate Finance Committee that oversees trade policy. “Threats to take unilateral action could destabilize the U.S. economy and may undermine the critical partnership between Congress and the executive with regard to trade policy,” Hatch said.

Rufus Yerxa, president of the National Foreign Trade Council and a former U.S. trade official, said the president’s tactics could eventually result in political pain during a crucial time in his 2020 re-election campaign. After all, business leaders have long warned that withdrawal from the North American trade bloc would result in higher tariffs for everything from car parts to agricultural goods.

“Anti-Nafta Democrats may love his threat,” Yerxa said. “And if he were ever to withdraw from Nafta without having USMCA in place, a whole lot of farmers in Iowa would be in a world of hurt just before the 2020 Iowa caucuses.”

With assistance from Erik Wasson.

To contact the reporter on this story: Jenny Leonard in Washington at [email protected]

To contact the editors responsible for this story: Brendan Murray at [email protected];  Randall Woods