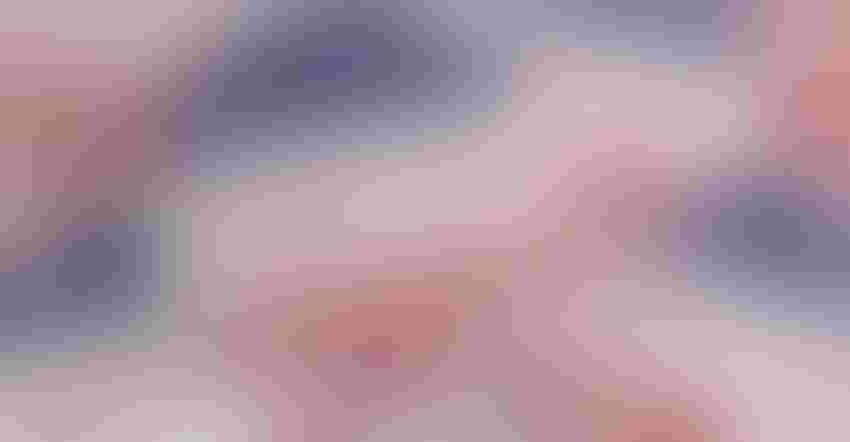 If you’re wondering why corn producers get just 1 cent per bushel and soybean producers get $1.65 per bushel in trade aid, you’re not alone. Since the trade mitigation package was announced a few weeks ago, many commodity groups have been asking questions about how the USDA landed at their price support levels based on where they’ve seen market price impacts from the trade tensions.

In a new white paper released Thursday, as well as testimony from USDA chief economist Robert Johansson, the answer is predominantly based on previous trading amounts, not prices.

“Wheat and cotton have experienced increased prices but are included with relatively large payment rates. Sorghum will receive a payment rate that is more than four times as large as the estimated price decline from May to August.  By comparison, corn has experienced a price decline similar to sorghum (both in $/bu and % terms) but will receive a payment rate that results in an average payment of less than $1 per acre,” the economists noted.

But the price impact was not the major deciding factor in establishing the support levels.  Johansson told senators during a Senate Agriculture Committee hearing on trade that the levels were established looking at gross trade damage, rather than price fluctuations.

Senate Agriculture Committee ranking member Sen. Debbie Stabenow (D., Mich.) specifically questioned why cotton producers who have seen their commodity prices rise are seeing such a significant amount of payments under the trade mitigation plan, while other commodities are not. Johansson defended the levels because the retaliatory tariffs are expected to significantly impact cotton imports to China, even if prices have been on an upward trend.

The USDA’s approach incorporates one often used in adjudicating trade dispute cases whereas it examines what trading levels were before the action changed the course of those trading patterns. For example, in the U.S.-Country of Origin Labeling dispute case, World Trade Organization (WTO) arbitrators awarded trade damages of approximately $1 billion to Canada and Mexico based on the gross trade value of their lost livestock exports to the United States due to the COOL measure.

“In determining the amount of assistance that USDA would make available to producers to facilitate marketing of crops affected by these retaliatory tariffs and to assist in the development of alternative markets under the Market Facilitation Program (MFP), USDA divided that estimated trade damage level by 2017 crop year production to calculate a per unit rate,” the white paper detailed. “We used 2017 trade and production data because 2018 data are not final and are months away from being complete. Moreover, the 2018 trade data will show a biased impact because of the tariffs. Because the goal of the MFP is to provide assistance to producers of commodities that have been significantly impacted by the retaliatory tariffs, the MFP per unit rate is applied to a producer’s actual 2018 production levels to generate a producer’s total payment amount.”

The white paper also detailed why sorghum as an example had a higher rate the corn.

In 2017, China imported $956 million of sorghum from the United States. With the additional 25% tariff, China is estimated to import $642 million from the United States. Therefore, the estimated gross trade damage is $642 million - $956 million which results in a loss of $314 million. USDA determined the initial MFP rate by taking $314 million divided by 364 million bushels to establish the $0.86/bu. sorghum payment rate.

Meanwhile, for corn, in 2017 China and EU combined imported $309 million of corn from the United States. With additional 25% tariff from both countries, the combined imports from the United States is estimated to be $117 million. USDA estimated gross trade damage at -$192 million. To establish the initial MFP rate USDA divided $192 million by 14.6 billion bushels for the $0.01/bu.

In the hearing Thursday, Sen. Joni Ernst, R-Iowa, questioned if USDA had calculated the loss of ethanol sales in regarding the impact to corn markets. Ernst said Iowa corn growers were “shocked” at the 1 cent/bu. assistance for corn growers. The current 70% tax on U.S. ethanol exports essentially has shut the U.S. out of a growing market while China is transition to E10.

“While we did see some recent increases of ethanol exports to China, China had already taken actions on ethanol to reduce [U.S. ethanol imports] prior to the 232 and 301 actions,” Johansson said.

The first round of Market Facilitation Program payments will be based on 50% of production, with another round of potential payments being considered after more is known about the markets and harvest. Some discussion in the Senate trade hearing focused on the need to account for the fall in basis in the next round of calculations.

Sen. John Hoeven, R-N.D., said as soybeans from his state have seen a dramatic hit under the decreased number of soybeans going out from the Pacific Northwest for Asian markets. “Basis needs to be part of the calculation,” Hoeven told Johansson as part of the potential next go around of mitigation payments.