Take steps before planting to manage for stripe rust and other diseases in winter wheat. 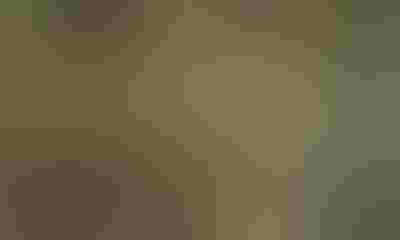 Wheat crops in western Nebraska have been severely affected by stripe rust for the last decade. It is not necessarily a new disease, but it has become much more prevalent and more problematic than the other wheat rust disease — leaf rust — which has historically been the major rust disease.

However, there are some steps that should be taken (or at least considered) before planting wheat in the next few weeks. These steps will not only help manage stripe rust, but can also assist in achieving a good stand and a healthy, vigorously growing crop prior to winter and going into dormancy. Many of the problems on wheat are due to stresses resulting in overall weaker crops, allowing a greater degree of susceptibility when other biotic stresses such as disease or insects arrive.

The quicker the stands become established in the fall, the healthier they are before going into dormancy. This also allows better responses to additional stresses the following spring.

Following are the steps to consider:

2. Tolerant cultivars. Using cultivars with some resistance to a disease (stripe rust) will assist in avoiding or at least delaying infection. In general, the later plants gets infected, the chance of severe damage becomes lower. It may also delay infection enough that a fungicide application will not be necessary, depending upon environmental conditions.

3. Planting into a firm, mellow seedbed. Chances of infection by pathogens causing the crown and root rot disease are increased by planting in a loose seedbed or one that is compacted. This puts a stress on affected plants, predisposing them to other problems later.

4. Controlling weeds and wheat volunteers in wheat fields. These plants remove soil moisture, resulting in greater drought stress to plants, which in turn predisposes plants to other later stresses (rot and crown infection, stripe rust, etc.). Volunteers also can serve as a reservoir for both curl mites and the wheat streak mosaic virus pathogen. This "green bridge" allows them to move into newly planted crops in the fall. Early infection by this virus will cause greater damage in spring when plants come out of dormancy and temperatures begin to rise.

5. Treating seeds with an appropriate fungicide. The pathogens causing root rots (Fusarium, Rhizoctonia) are naturally occurring residents in the soil, and do not ever go away once established. When they infect early after planting in the fall, they do not always kill the plants, but can cause a subtle, often unnoticed yield drag that provides another stress, predisposing plants to other problems the following spring. Fungicide treatments help the plants avoid early infection and establish healthy stands.

Harveson is an Extension plant pathologist at the Panhandle Research and Extension Center.