Deep in the heart of rural Kentucky, grain farmers deliver high quality wheat and corn to make one of the world’s most popular spirits. Here’s an inside look at the process . 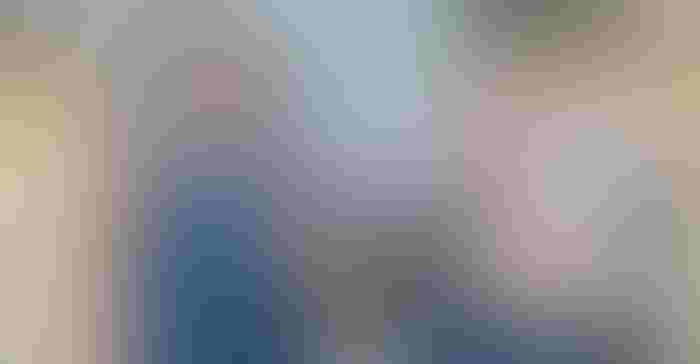 Albert (l) and Bernard Peterson co- own and manage a 16,500-acre farm that grows corn and wheat for bourbon distilleries along the bourbon trail in Kentucky.Mike Wilson

Bourbon is distinctly American, and like so many of our best inventions, it comes with a mysterious past. Some say the Scots, Irish and Welsh brought the distilling process with them as they settled and farmed the American mid-South. Some say the first to age the product in charred oak casks, to give it a distinct reddish color, was a Baptist minister named Elijah Craig. Even the origin of the word is controversial: some say it was named for one of the original Kentucky counties, Bourbon county, so named after the French royal family. Others say it got its name from Bourbon street in New Orleans, a major port where shipments of the Kentucky product sold as a cheap alternative to French cognac.

What is known for sure is that bourbon whiskey today can only be made in America, from American grain. In fact, bourbon must contain at least 51% corn. According to the Kentucky Distillers’ Association, Kentucky distilleries filled 1,886,821 barrels full of whiskey in 2016, breaking records that went back to 1967. Bourbon is now an $8.5 billion business and is considered America’s only native spirit, as declared by Congress in 1964.

So yeah, sometimes your government gets it right.

Distillers couldn’t do it without the hard work of folks like Albert, Bernard, Bill, and David Peterson at Loretto, Ky. They own and manage Peterson farm, one of a select group of operations that grow number one yellow corn and wheat for nearby distilleries like Makers Mark and Buffalo Trace. Check out the process in our slideset. For a more detailed look at the bourbon-making process, go to this page. To read a bourbon-history timeline or view live cameras showing the bourbon-making process, go to the Buffalo Trace website.

Click the link to download an infographic to learn fascinating facts about the drink’s history and process. Source: Maker’s Mark