The retired dean and director of Nebraska Extension discusses how Extension has evolved over time. 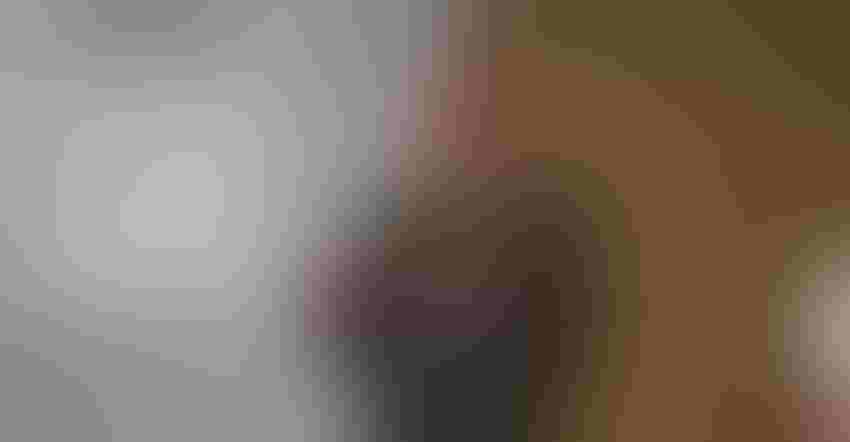 It was announced earlier this year that Chuck Hibberd, Nebraska Extension dean and director, would be retiring June 30.

Hibberd previously served as director of the Panhandle Research and Extension Center in Scottsbluff for 13 years and director of Extension and associate dean of agriculture at Purdue University for five years, before serving as dean and director of Nebraska Extension for seven years.

Nebraska Farmer recently spoke with Hibberd on his 37-plus-year career and how the role of Extension has changed during his time in Nebraska.

What were the big reasons you decided to come back to Nebraska as dean of Extension in 2012?

A guy by the name of Ronnie Green. The dean of Extension at that time, Elbert Dickey, had retired, and they were in a search for a new dean and director. They had gone through one round and hadn't found the person they wanted. So Ronnie called me and said, "I really need you to take a look at this job." So we connected.

Everybody says, "You took the job so you could come back to Nebraska, your home state." No, not really. I was interested in this job for two reasons. During the time I was at Purdue, I got active in a number of national Extension leadership roles, and as I looked across the country, I could tell Nebraska Extension was doing some really cool things, new approaches, hiring great talent. It's not that others weren't — it just felt like Nebraska Extension was in a really good place for someone to come in and lead. That was one thing.

The other thing was I was really interested in working for Ronnie. He's a "big vision" guy, a true leader and visionary focused on food and agriculture, natural resources, he's very well-connected with commodity groups, industry partners, government agencies, etc. The cool thing about working for Ronnie was he was really supportive. He would help me solve problems and was always there if I needed him, but he also let me run with Extension here in Nebraska.

So I hired a great leadership team. We continue to hire great talent here, and that's been really gratifying. By the way, I'm working for my alma mater, and I get to go to football games and things like that — those are bonuses. What matters is the work. That's been the real fun part."

We did something almost seven years ago that I think really helped us in that regard because in so many states, the Extension personnel were still generalists — they knew a little bit about a lot of things. In many ways that doesn't matter anymore, because you can answer those questions on the internet faster than you can call your county agent or educator and get an answer from them.

Seven years ago, we asked our Extension educators to spend 80% of their time in either beef systems or community development or early childhood development, or 4-H — we had seven different programs. So they had a programmatic focus.

When a young person graduates with their master's degree in reproductive physiology, they don't want to be a generalist. They want to be in a role where they can use their knowledge, their expertise in the area that they really love. They want to be able to use that expertise in a way that matters. So that's what we did. We changed our systems. We now have these focused educators. We're attracting this talent from all over the country, and it really is amazing.

The other thing that we've done is we've really strengthened our urban Extension programs in Lincoln and Omaha, and smaller municipalities like Grand Island, Scottsbluff, Norfolk and North Platte.

I feel really good about that, because that means we've been able to establish a well-rounded and balanced Extension program. The people that live and work in Lincoln and Omaha pay taxes; they deserve to have great Extension programs just like anyone else.

Over time, Nebraska Extension's role has grown to helping rural Nebraskans in times of uncertainty. How has this role changed during events like the flooding of 2019 and COVID-19?

You can go back to the 2011 floods on the Missouri River and the 2012 drought. We were heavily involved in those disasters as well. We believe in a county-based Extension program where we deploy University of Nebraska Extension professionals locally across our state. We have offices in 83 of our 93 counties — we serve all 93 counties, but 83 counties have provided the funds to have a local office.

Where some states have gone to more of a regional system or a hub-and-spoke model, we've really stuck with the local county Extension office model. The reason that's critical is it's really hard to be effective in Extension work if you don't have trust-based relationships with local people. What that means is when you develop those trust-based relationships, local people will inform us what their opportunities and challenges are.

We compile that information and build programs around that user-driven prioritization process. We've done surveys to make sure we're focusing on the right issues. So, we've worked really hard to be relevant to local and statewide issues for Nebraskans — that's 1.9 million people. We don't reach 1.9 million every year, but we reach about 425,000 people every year in direct Extension education programming.

We reach a lot more than that through our media, social media, public media, magazines and newspapers, etc. That's key, because that means when you got a flood or you've got a tornado, we can knock on people's door and many of them know us and trust us. It gives us a way to engage with them, provide information that might be helpful.

During the flood recovery last year, we bought about 250 moisture meters. We deployed those across flood-affected counties. People could check out a moisture meter, take it home, check the moisture in their studs, in their flooring, etc.

If that moisture is not down to 15%, you don't dare put that drywall back up because you're likely to get black mold. Those kinds of methods are not high tech. They're really basic, but people are willing to engage with us and listen to us because of those trust-based relationships.

The other thing we did six years ago came from something I learned at Purdue, because they were the host for the Extension Disaster Education Network, or EDEN, a USDA-funded educational program designed to prepare Extension personnel and systems for disaster preparation, response and recovery.

Six years ago, Nebraska Extension hired a full-time disaster education coordinator, Ashley Mueller. That's the other big part: How do you get ready? How do you build resilience into systems? Ashley has done some amazing work to help not only us, but others prepare.

Also, in part because of the flood of 2019, we're now closely connected with Nebraska Emergency Management Agency and the Governor's Flood Recovery Task Force. Just by being there and having a local trust-based relationship across Nebraska, we've found ourselves in a position to really be helpful.

How do you foresee Extension's role continuing to evolve?

I've thought a lot about it. One of the really cool things that we've been doing is building a stronger partnership with the College of Ag Sciences and Natural Resources. This really started when Steve Waller was the dean of CASNR. Now that Tiffany Heung Moss is the dean, it just continues to grow.

The idea is we engage so many youth through our 4-H program. In fact, 142,000 youth in Nebraska are involved in some kind of 4-H, and that's one in three kids. We have counties like Platte County, where we engage 90% of the kids in Platte County in school and through 4-H clubs. We engage a lot of young people through 4-H, and want to create a pipeline where those 4-H youth think about a career. So, we started doing a lot more college and career readiness, helping young people explore what careers might look like.

Something we started about four years ago in partnership with the Admissions Department here at UNL is a program called The Next Chapter. Every eighth grader in 4-H across Nebraska receives a letter of admission to the University of Nebraska-Lincoln. That's special because it says to every one of those eighth graders in 4-H, we would like you to strongly consider being part of the student body at UNL.

It also gives us four years, ninth, 10th, 11th and 12th grades, where we help them make sure they pick the right courses, making sure they're prepared for the ACT, all of those things that will help them better prepare. When they come to UNL, they're on track to finish their degree in four years.

Many will major in CASNR and stay connected with Extension in the classroom. When they're taking an animal nutrition class, for example, they have the opportunity to interact with our Extension educators that work in beef systems. When those students graduate, they already have those connections with Extension.

What's also important is 46% of Nebraskans have a bachelor's degree or better. So we're working with an educated workforce. Those well-educated people now are farmers and ranchers, they're working in industry, working in government. They're knowledgeable, skilled people.

As a result, contemporary Extension is really more about working with our clientele in a co-learning, co-discovery model. It's about co-learning, it's about setting up circumstances, whether it be an on-farm research and demonstration project, where the indigenous knowledge, the knowledge that that farmer has, the rancher has, in partnership with our research-based information, we have a much better opportunity to build more robust solutions than ever before.

The reason that this is such a big shift is that, and in 1994, when I moved to Scottsbluff, Neb., Ivan Rush was taking me around to meet people, and he'd walk into a feedlot manager's office, and he'd say, "We're from the government, and we're here to help."

Well, guess what? That didn't work then, and it darn sure doesn't work today. We've got to be partners. We've got to work hand in hand. We've got to add value. We've got to learn from; we need to learn with. That's the only way we're really going to, in partnership with industry, move forward, because we don't have all the answers.

Read more about the early days of Chuck Hibberd's career in Part 1 of this Q&A.