Case illustrates the ramifications of a farm or ranch that falls under the scope of the TWCA electing not to carry workers compensation insurance. 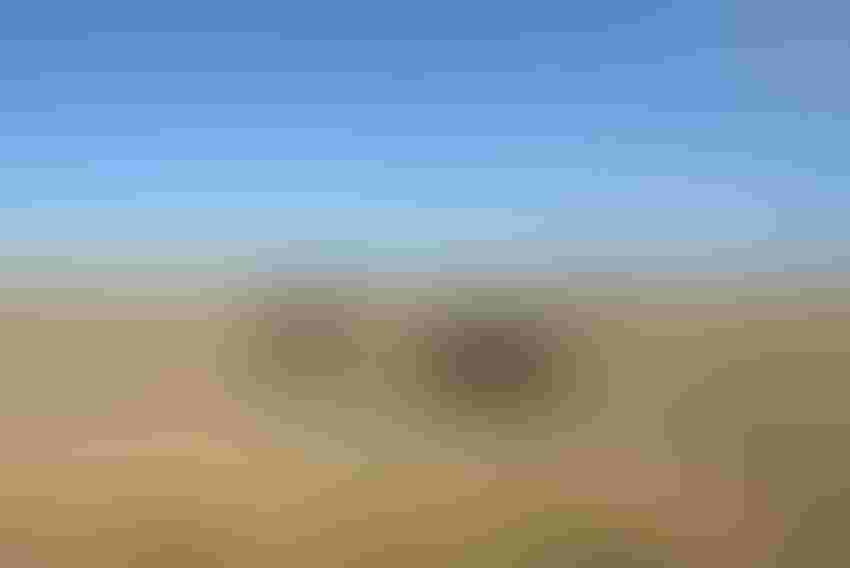 A recent opinion in Zuniga v. Waak from the Houston (1st Dist.) Court of Appeals raises important issues regarding Texas law related to agricultural operations. First, the case addresses the scope of the Texas Farm Animal Liability Act when an employee is injured. Second, the case illustrates important considerations with regard to workers compensation insurance coverage. [Read Opinion here.]

Defendants own a ranch in Fayette County where they run purebred Charolais and Bradford cattle.  The plaintiff began working for the ranch in 2005, eventually moving onto the ranch and working full time in 2007.  He had responsibilities for feeding, monitoring, and moving cattle.  On October 1, 2013, the ranch owner told the plaintiff to move about 20 head of cattle to a different pasture.  The owner asked if the plaintiff needed help, but the plaintiff said he did not.  The next day, plaintiff got most of the cattle moved, with the exception of the bull, one cow, and her calf.  The plaintiff was then found dead in the pasture and the cause of death was determined to be blunt force trauma caused by the bull.

The Court of Appeals reversed, holding that the provisions of the Texas Farm Animal Liability Act did not apply in this case and that the plaintiff raised an issue of fact under the Texas Workers Compensation Act.

(1) The Farm Animal Liability Act is inapplicable when the injured party is a farm or ranch employee.

The court looked at the definition of a “participant” under the FALA and found that a farm or ranch employee was not included.  The statutory definition of a “participant” included persons who engaged–either as an animal or professional–in a farm animal activity and paid to do so or participated for free.  It does not include someone being paid to do an activity.  Based on this rationale, the court concluded, a ranch hand like the plaintiff, in this case, was not a “participant” to whom the FALA’s protections for the ranch owners would apply.

Further, the court relied on its prior opinion in Dodge v. Durdin, 187 S.W.3d 523 (Tex. Ct. App. – Houston [1st Dist.] 2005), reaching the same conclusion when an employee of a stable was kicked by a horse while administering medication. Specifically, the Court, in that case, focused a great deal on the underlying purpose of the FALA, which was to limit liability for those involved in agritourism, rather than limit employer’s liability to employees, in reaching that conclusion.  There, the court found the statute inapplicable to an employee.

The court also discussed a case from the Houston Court of Appeals [14th District] that reached an opposite result.  In Young v. McKim, 373 S.W.3d 776 (Tex. Ct. App. – Houston [14th Dist.] 2012), the plaintiff was injured while working at a stable helping to care for horses boarded there.  Because the court found that the plaintiff was not an employee, but an independent contractor, the court held that the Farm Animal Liability Act did apply and dismissed her case against the stable owners.  This determination was based upon the fact that the plaintiff controlled the details of her work for the stable owners, the owners employed others, the plaintiff operated her own independent business, and she was paid per feeding and stall cleaning.  In this case, the court did not expressly address whether the FALA would apply if an independent contractor, rather than an employee, was injured.

(2)  The plaintiff was an employee of the ranch.

The Texas Workers Compensation Act (TWCA) provides elective workers compensation insurance coverage to employers for their employees.  If the TWCA applies, it provides the exclusive remedy for workplace injuries, meaning that an injured employee may not file suit for ordinary negligence.  Instead, any damages are covered by the workers' compensation policy.

Although Texas employers are not required to carry workers compensation insurance, if the business meets the definition of “employer” under the TWCA and chooses not to do so, that employer is not allowed to raise certain defenses in litigation, including contributory negligence.

For farm and ranch employers, the TWCA applies to “an action to recover damages from personal injuries or death sustained by a farm or ranch employee who is employed by a person with a gross annual payroll of at least $25,000 or who employees three or more farm or ranch employees other than migrant or seasonal workers.”  The TWCA, however, does not apply to independent contractors.

The ranch owners admitted that they had hired three persons to help on the ranch, but argued that two of them, including the plaintiff, were not employees, but independent contractors.  Based on this, the ranch owners argued, they did not have three or more employees and the TWCA did not apply.

The court rejected this argument.  There was no evidence that the plaintiff worked for, was directed by, or provided services to anyone other than the ranch owners.  Based on this, the court held that the plaintiff was an employee and that because the ranch did not have “less than three employees,” the TWCA was applicable.  Thus, summary judgment was improper.  The case will be sent back to the trial court for a hearing on the merits of the negligence claims.

The ranch owners have filed a motion for rehearing.

One of the three judges on the panel, Laura Carter Higley, issued a concurring and dissenting opinion. [Read opinion here.]

Judge Higley noted that there have been only a handful of cases addressing the meaning of “participant” under the FALA.  First, in 2002, the Corpus Christi Court of Appeals in Johnson v. Smith, 88 S.W.3d 729 (Tex. Ct. App. – Corpus Christi 2002) held that the act was applicable where the injured party was an independent contractor that was bitten by a horse.

Next, was the Dodge case in 2005.  Judge Higley points out that the distinction drawn in the Dodge case to differentiate from Johnson was that, in Dodge, the injured party was an employer.  She points out, however, that independent contractors and employees are both paid for their activities, making this distinction immaterial since the court focused on the language regarding payment for or doing an activity for free in the majority opinion.  Further, she argued, the fact that the definition of “participant” expressly includes “professionals” contemplates including persons who are being paid for an activity.

Then, the opinion turned to the Young case from 2012, which distinguished the holding of the Dodge case because the plaintiff was an independent contractor.

Thus, Judge Higley would overturn Dodge and find that employees are not excluded from the definition of “participant” under the FALA.

First, this case is an important reminder that the Texas Farm Animal Liability Act has been found inapplicable in several cases when the injured party is an employee.  Additionally, there remains a question of whether the FALA would apply if the injured party was an independent contractor rather than an employee.  The Texas Supreme Court has yet to address this issue, but animal owners and farm animal professionals should not rely on FALA protection if employees or independent contractors are injured.

Second, this case points out an important issue–merely calling someone an independent contractor does not make them so.  Courts (and the Department of Labor) look at a number of factors in determining whether someone really is an independent contractor rather than an employee.  This distinction can be important for a number of legal reasons and businesses should take care to property classify and treat employees.

Third, this case illustrates the ramifications of a farm or ranch that falls under the scope of the TWCA electing not to carry workers compensation insurance.  Had the farm or ranch had that coverage, the claims of the plaintiff likely would have been paid for by the policy.  Instead, because there was no coverage and because the court found the TWCA applicable, the ranch now faces a negligence suit and is without the ability to raise key defenses in that case.