Tiffany Lashmet discusses in her latest Texas Agriculture Law Blog a case that reinforces the need for landowner legal agreements. 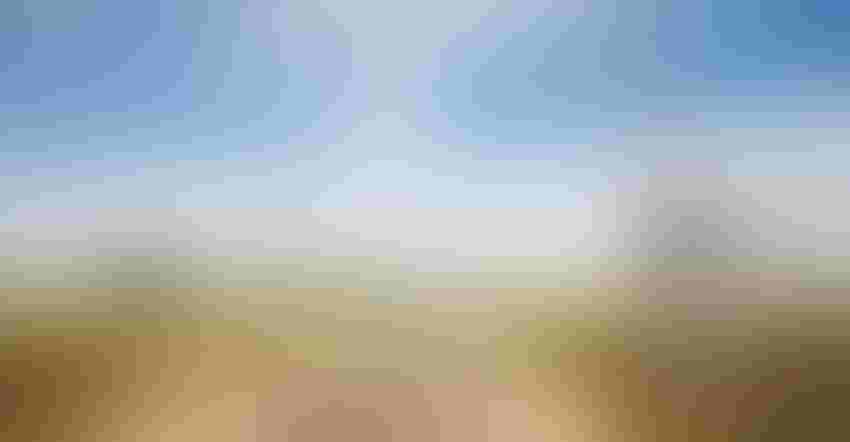 Taking the time to put landowner agreements in writing and recording them at the courthouse is a key step for landowners to protect their land.Owaki/Kulla / iStock / Getty Images Plus

A recent Waco Court of Appeals decision in Fort Worth & Western Railroad Co. v. Albert offers an important reminder that property can, indeed, be landlocked in Texas. [Read opinion here.]

In May 2016, FWWR wrote Albert and Chisholm to inform them that they did not have the right to use the crossing to access the 10-acre property. That month, Albert and Chisholm filed a declaratory judgment action against FWWR seeking the establishment of an easement by estoppel, easement by necessity, or prescriptive easement.  FWWR filed counterclaims for trespass, damages, and injunctive relief.

The following month, Albert began operating his cement mixing plant. Trucks used the crossing to access and leave the property.

A jury trial was held, and the jury found in favor of Albert on each of the easement theories. The jury rejected FWWR’s counterclaims. FWWR appealed this decision.

There are three elements Albert must show to prove an easement by estoppel: (1) FWWR communicated a representation by words or conduct to Albert; (2) Albert believed the communication; and (3) Albert relied upon the communication.  An easement by estoppel can be imposed upon a subsequent purchaser if the subsequent purchaser had notice–actual or constructive–of the easement or if reliance upon the easement continued after the sale.

Albert provided evidence of a February 2016 meeting between FWWR and Albert’s business partners prior to Albert purchasing the land.  At that meeting, Albert’s partners expressed their intent to buy the property to build a concrete plant, which would require using the crossing.  FWWR provided Albert’s partners with a sample crossing agreement, which did not contain specific information about this crossing or Albert. FWWR’s owner testified that the sample agreement would not have been provided unless crossing was to be permitted, and also that Albert’s partners were not expressly told crossing would not be allowed.

Albert also noted that prior to his purchase of the property, the prior owner applied for a zoning change with the City of Cleburne so that the cement plant could be constructed on the property.  Chisholm also applied for an air quality permit at the TCEQ.  FWWR filed objections to both and appeared to express concerns regarding the safety of the crossing.  At these hearings, FWWR never stated that Albert did not have permission to use the crossing. Albert said that had FWWR have told him at any point he could not use the crossing, he would not have purchased the land.  Instead, FWWR attempted to prevent the permit and zoning change by claiming it was dangerous to allow commercial vehicles to use the crossing.

Albert also noted that he purchased the property in April and began constructing the plant, but FWWR did not send a letter stating that the crossing was not allowed to be used until May.

The court found this insufficient to prove the three required elements.  First, there was no representation of any kind made to Albert, who was the sole owner of the property.  The sample agreement presented to Albert’s business partners included terms that the business would have to follow to use the crossing (which Albert and his partners ignored).  Second, the license agreement between the predecessors for both Albert and FWWR expressly said it could not be assigned, and therefore, did not constitute a basis to believe there was a right to use the crossing.  Additionally, FWWR also noted that the city would not provide Chisolm with a certificate of occupancy in June 2016 because it could not prove legal right to use the crossing.  Based on this, the court found Albert failed to prove an easement by estoppel.

The party claiming an easement by necessity (Albert) must prove: (1) unity of ownership of the dominant and servient estates before severance; (2) the claimed easement is a present necessity not just a mere convenience; and (3) the necessity existed when the two estates were severed.

Albert’s property was part of a 702-acre trace that was initially severed in 1887 when 12.7 acres were conveyed to a railroad company (FWWR’s predecessor).  The railroad’s property ran through the larger tract, severing it into a north and south section.  Albert’s 10 acres are located in the northern section. A map from 1938 was introduced at trial, and Albert’s expert testified it indicated a private road or trail which went from Albert’s property across the railroad tracks.

However, the court noted there was no testimony about any use of the property in 1887–the time of severance.  There was no evidence to prove whether there was necessity at that time and, therefore, Albert failed to meet the requirements to prove an easement by necessity.

To prove a prescriptive easement, Albert must show the “open, notorious, hostile, adverse, uninterrupted, exclusive and continuous use of the servient estate for a period of time more than 10 years.”  FWWR challenges Albert’s ability to prove his use was exclusive, adverse, hostile, or continuous for more than 10 years.  A party can rely upon the use of a predecessor in interest to meet the 10-year requirement.

First, FWWR provided evidence that another landowner–Johnson–frequently used the railroad crossing at issue, despite having his own crossing in another location. This use deemed Albert’s predecessor in interest’s use non-exclusive.

Second, Albert’s predecessor in interest had permission to use the crossing for agricultural purposes.  This permission defeats Albert’s argument that the use was adverse, at least as to all “agricultural uses” made by the prior owner.  Although there was a brief time when the crossing was used for commercial purposes and FWWR sent letters objecting, there was no evidence to show such use occurred for 10 years or more.

Thus, Albert also failed to prove an easement by prescription.

FWWR argued that the jury improperly dismissed their cross claims.  Based on the appellate court finding no easement existed, these claims were reversed and remanded to the trial court for a new trial.

If you cross another person’s property to access your own land, be sure you have legal access to do so. The easiest way to ensure that legal access is to obtain an express easement from the other landowner and have it recorded in the deed records. Taking time to ensure this step is completed is critical to preserving the right to access your property.  There may currently be a neighborly handshake deal allowing access, but problems arise when neighbors die or property is sold.  Taking the time to put these agreements in writing and recording them at the courthouse is a key step for landowners to protect their land.