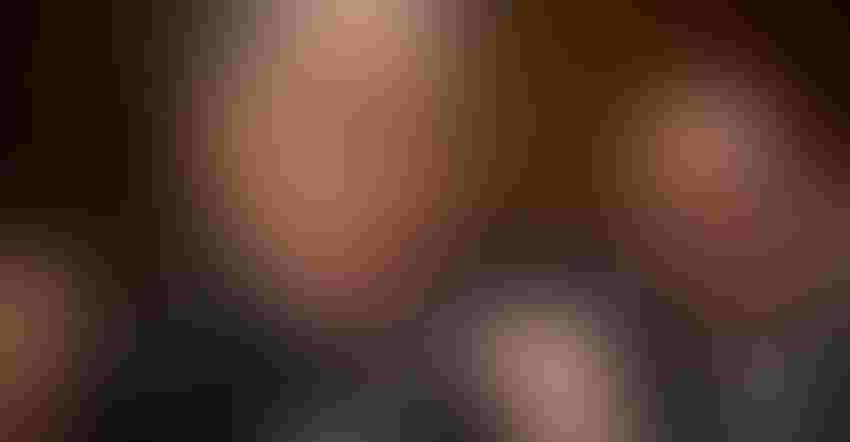 A deluge of political scandals hasn’t sunk EPA Administrator Scott Pruitt. But a wonky debate over the nation’s biofuel policy just might.

Republican Senator Chuck Grassley bluntly warned last month he would call for Pruitt’s resignation if the Environmental Protection Agency continued exempting small oil refineries from a mandate to use renewable fuels such as ethanol made from corn, a staple crop in his home state of Iowa.

When Pruitt moved to do what Grassley wanted -- with a plan that would force larger refineries to make up for the waivers by using more biofuel -- he sparked an intense, angry uproar among oil executives and allied lawmakers who telephoned top Trump administration officials to complain. Their not-so-subtle message: Pruitt’s job was on the line.

Pruitt’s long-term tenure at the helm of the EPA was already in doubt, as lawmakers, the White House and federal investigators look into allegations of ethical lapses, abuses of power and questionable spending.

Pruitt faces scrutiny over his costly travel, the $43,000 installation of a soundproof phone booth in his office and his penchant for enlisting aides to run personal errands (including contacting the chief executive officer of Chik-fil-A Inc. to pursue a franchise for Pruitt’s wife and trying to buy a second-hand mattress from the Trump International Hotel in Washington).

President Donald Trump has generally stood by Pruitt, praising his efforts to roll back Obama administration environmental regulations while acknowledging he is " not happy" with Pruitt’s personal lapses. Yet even with the president’s public support, the allegations intrude, providing rhetorical fodder to critics of EPA regulatory shifts and leverage to lawmakers pushing particular policy outcomes.

During the biofuel policy skirmish, at least one aide to Senator Ted Cruz made an explicit threat, warning administration officials that if the EPA didn’t back off the plan, the Texas Republican would seek Pruitt’s resignation.

The interactions were described by people familiar with the encounters who sought anonymity to describe the private conversations. Representatives for Cruz did not immediately respond to emails seeking comment.

"That issue brought together the entire spectrum of the oil refining industry," said Frank Macchiarola, a group director at the American Petroleum Institute. "The refining industry was unified."

The backlash worked. After the outcry, Pruitt agreed to abandon the plan as part of a proposed biofuel regulation -- at least for now.

The episode underscored how the cloud of allegations and ethical questions hovering over Pruitt are affecting his day-to-day work on intricate environmental policy, limiting his room to maneuver on sensitive issues. That includes the Renewable Fuel Standard, a 13-year-old mandate that pits oil refining and agricultural interests against each other in a zero-sum contest over gasoline market share.

"Forget the secret phone booth, Chik-fil-A and the mattress, the story is the RFS," said Tristan Berne, an analyst with the independent research firm Capital Alpha Partners LLC. "He managed to put himself in a sort of tug-of-war -- and he’s the rope."

"His issues have given opponents free rein to take shots at him when they disagree with him," said Frank Maisano, a senior principal at Bracewell LLP. "It’s a little bit unfair, because he’s doing the best he can to address a very complex and difficult issue where there’s lots of disagreement and lots of competing interests."

It’s not clear that political threats against Pruitt or his other problems are affecting policy outcomes. The EPA has doggedly continued rewriting rules governing air pollution and climate change, with Pruitt just this week ordering new limits on the EPA’s ability to preemptively veto projects because of water pollution concerns.

And Deputy EPA Administrator Andrew Wheeler said in an interview Wednesday that neither negative headlines nor concerns about them were "impacting our decisions or how he’s managing the agency at all."

Berne observed that in the biofuel policy dispute, Pruitt "didn’t act as though he had any political restraints on him." After all, the EPA’s decision not to immediately reallocate biofuel blending requirements was seen as a slap in the face of politically important agricultural interests.

Pruitt initially embraced the reallocation idea on June 18, following a tour through Kansas, Nebraska and South Dakota, where he met with farmers angry that the EPA was exempting refineries from biofuel-blending requirements.

Federal law allows small refineries facing a "disproportionate economic hardship" to get the waivers. But Trump’s EPA is more liberally awarding the exemptions, which can be worth hundreds of millions of dollars for the refineries that qualify. And because farmers are on the front lines of the simmering trade war with China, the administration has less flexibility to address the issue, according to Craig Irwin, a senior research analyst with Roth Capital Partners LLC.

But it didn’t quell the threats. Immediately after the EPA unveiled its stripped-down biofuel quota plan -- without the language the farm-state lawmakers wanted -- Grassley issued a statement casting the proposal as a betrayal of Trump’s campaign vow to support ethanol and invoking his powerful role as chairman of the Senate Judiciary Committee.

If the EPA doesn’t make up for the biofuel waivers, Grassley said, "Administrator Pruitt should let someone else do the job who won’t continue to undermine the president."

--With assistance from Mario Parker.