EPA is ag industry&rsquo;s most feared enemy.Sound science is goal for EPA regulations.EPA and ag have areas of cooperation. 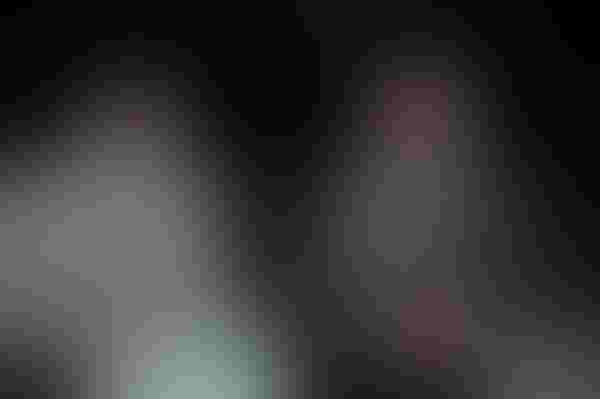 The man from the EPA bore no resemblance to the villainous Simon Legree. He had neither horns nor a forked tail. He seemed an affable sort—young, intelligent, humorous at times and comfortable before an audience of folk who typically express disdain for his employer.

Yet his fellow panelist, Terry Detrick, president of the American Farmers and Ranchers Insurance Agency, admitted that, “the EPA is our most feared agency. We are scared of what might come down the pike. We hate regulations.”

Detrick and Josh Svalty, who works in the EPA’s Region 7 (Kansas, Nebraska, Iowa and Missouri), squared off in something of a “point/counterpoint” discussion at the recent Rural Economic Outlook Conference on the Oklahoma State University campus in Stillwater.

The exchanges were civil and the discussion wide-ranging.

Detrick did admit that understanding the EPA’s mission offers insight into the decisions they make. “I didn’t realize until recently that at the beginning of the EPA development they had one thing in mind: if it deals with health matters, it falls under EPA. That sheds light on how the EPA has to approach issues.”

He said economics plays no role in EPA decisions.

Detrick also posed some questions to Svalty, including how recent Supreme Court decisions regarding Definition of Waters of the United States might affect farmers and ranchers. He asked how dust (particulate matter) regulations might affect agriculture. He also noted that “in the mind of many, EPA has a reputation for abuse. We are also concerned that EPA makes rules that are not legislated and that a ‘sue and settle’” situation often determines regulations.

“And we are concerned that with the recent election more ‘green thinking’ will be detrimental to agricultural production.”

“Dust is not as big an issue as last year,” he said, “but producers have been concerned. We want to help them realize that the EPA can’t differentiate agricultural dust from other dust.”

Most particulate monitors are placed near urban areas with some located in rural locations, primarily to provide background information. “Monitors are set up by state agencies,” he said.

He said two Supreme Court decisions regarding Definition of the Waters of the United States created confusion as to what bodies of water were included. “Farm ponds are nowhere near the Definition of Waters of the United States,” he said. Also, applying pesticides in fields “with puddles” will not trigger EPA action. He said the regulation concerns applications made specifically to water, such as for mosquito control. And applying pesticides to soil “is a FIFRA issue.”

Svalty also commented on controversial “fly-over” surveillance of livestock operations in Region 7 last year. “We took a lot of criticism for that, but what we do is rooted in logic.”

“We have to figure out what causes the impediments. Two years ago, EPA determined that visiting each feedlot was not a good use of time. Most were not causing problems, and we don’t have the manpower to visit them all. And EPA inspections, even on the good operations, are not fun. We have used fly-overs for years to see from the air where over-filled lagoons are located.”

Detrick had also asked if EPA regulations had caused the U.S. fertilizer industry to move manufacturing off-shore. “The United States can be totally food-efficient, but we can’t produce food without nitrogen fertilizer,” he said. “Nitrogen fertilizer production has gone to China. In 2012 we depended on foreign sources for half of our nitrogen fertilizer. What difference does it make to the environment when we buy nitrogen from China and they emit emissions into the air? We have no bi-lateral agreement on a cleaner environment.”

Svalty said he had no data to show why nitrogen manufacturing has moved out of the United States.

He did reply to the “sue and settle” claim, however. “We get sued a lot,” he said. “We are often sued by environmental groups and we are also sued by agricultural advocates. That’s part of the legal process, and I don’t anticipate that it will change. The process will be used by both sides.”

Questions of apparent over-regulation can be addressed, in part, by improvements in science. “We understand better how things operate. The ability to measure adequately has improved. The science we use now is different than the science of 1971. But changes in regulations will be based on sound science.”

Detrick said agriculture and the EPA do have areas where cooperation has proven beneficial to both sides. He said section 319 of the Clean Water Act has been helpful in limiting non-point source pollution. “We have proven that we don’t have to go to court to solve problems,” he said. Funds available from the 319 program helped Oklahoma take nearly 30 streams off the contaminated stream list, Detrick said.

Svalty also commented on the assumption that environmental regulations have increased over the past four years. He said a lot of regulations put into practice over the last few years actually were enacted prior to the Obama Administration.

He said the recent election will not necessarily mean a rash of new EPA regulations.