Rural America has become ground zero for some of Biden’s signature initiatives. 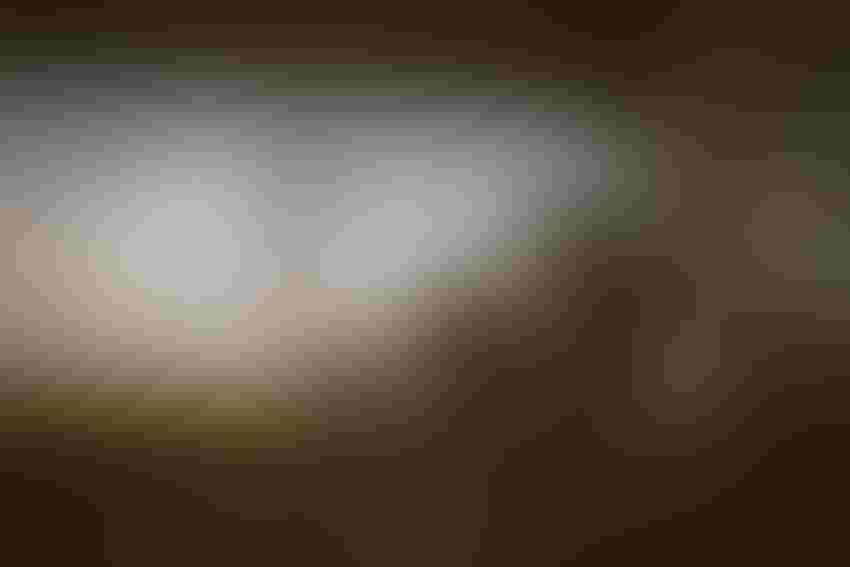 American agriculture is on track for one of its best years this century as soaring exports to China boost corn, soybean and wheat prices.

Yet President Joe Biden and the Democratic Party are facing major political challenges in farming regions like the rolling pasture land of southwest Wisconsin, where he travels Tuesday to promote a bipartisan deal on infrastructure that would have benefits for agriculture and rural America.

Farm country has been a stronghold for former President Donald Trump and will play an out-sized role in the 2022 contest for control of the 50-50 U.S. Senate, in which disproportionately rural states such as North Carolina, Georgia, Ohio and Wisconsin will be pivotal.

“People are generally happy, optimistic and in a better place than in some time,” said Derek Orth, 35, who with his father has 250 Jersey cows on their farm in the hills outside Lancaster, Wisconsin, about 90 miles south of La Crosse, where Biden is set to visit on Tuesday. Orth said the price he received for milk during May was about 20% higher than average over the past five years.

The fourth-generation dairy farmer, who backed Trump in 2020, said among his neighbors there is not much talk, positive or negative, about Biden, and his own view is “pretty neutral.”

“I have no reason to vote against him -- yet,” Orth said.

Rural America has become ground zero for some of Biden’s signature initiatives. His infrastructure plans feature a hefty investment in building out broadband connections in rural areas, and improvements to the transportation network would help speed crops to market. Agriculture Secretary Tom Vilsack has promoted farming as an early front for climate-change efforts, stressing voluntary incentives designed to appeal to farmers and the potential for additional income streams through sales of carbon credits.

On Tuesday, Biden plans to highlight statistics indicating that 35% of rural families lack high-speed Internet -- and that 82,000 Wisconsin children don’t have access to reliable connections -- to help make the case for his proposals, a White House official said.

But parts of Biden’s agenda are already generating a backlash.

Seventy-eight percent of farmers say they are very concerned that changes Biden is seeking in the estate tax would make it harder to pass their farm on to the next generation, according a Purdue University/CME Group survey taken in May.

House Agriculture Committee Chairman David Scott of Georgia and 13 other Democrats from rural areas have raised concerns about the proposal as well, despite assurances from the administration it will include exemptions for heirs as long as they continue to operate a family farm.

One of the administration’s most tangible racial equity programs has been a $4 billion loan forgiveness plan for minority farmers. But a dozen farmers and ranchers in nine states represented by the Wisconsin Institute for Law and Liberty, a nonprofit conservative law firm, sued to block the program.

Biden’s job approval among self-identified rural and small-town residents is 48%, eight percentage points lower than his national standing, according to a Gallup Poll taken June 1-18. In last November’s presidential election, he lost the rural vote to Trump by a 15-point margin, according to exit polls. In Wisconsin, where Biden eked out a victory by less than 21,000 votes out of 3.3 million cast, he lost rural residents by 22 points.

Biden at least has an economic wind at his back in making a pitch to rural voters. U.S. growth is surging as the nation bounces back from the coronavirus pandemic. And farmers are benefiting from a global boom in food prices. Food inflation isn’t so bad if that’s what you produce.

With Trump-era trade hostilities cooled, American farm exports are projected to hit record levels, amid soaring demand from China and droughts in Brazil and last year in Ukraine that cut the supply of corn. Chinese imports of U.S. pork remain strong as the nation rebuilds a hog supply that was devastated by an outbreak of African Swine Fever.

CoBank ACB, a major agricultural lender, expects farm profits to surpass last year, when record government subsidies to compensate for the trade war and pandemic pushed them to the highest level since 2013. The U.S. Department of Agriculture’s more conservative forecast calls for net farm income this year to hit $111 billion, 21% above its inflation-adjusted 2000-2019 average. Farm equipment sales are surging.

“It looks a lot brighter now than a year ago,” said Pat Westhoff, director of the University of Missouri’s Food and Agricultural Policy Research Institute. “On the crop side, almost everything has broken in the right direction.”

The prosperity isn’t uniform. Much of the West is in a drought. The same surge in prices that benefits grain farmers translates into higher feed costs for livestock and dairy producers. Small family-run dairies continue to be squeezed by competition from larger operations.

In Wisconsin, proclaimed “America’s Dairyland” on state license plates, dairy farms closed at a rate of nearly one a day in the first five months of this year, an improvement from recent years but hardly reassuring. Over the past five years, the number of licensed dairy herds in the state has dwindled from 8,357 to 6,169 on June 1.

But milk prices are up, providing a boost.

“Things are better than they were but we’re still not out of the water,” Orth said. ”It’s not like we have a whole bunch of spare money.”

--With assistance from Jordan Fabian.