Farmers wonder what they will do with their products next fall. 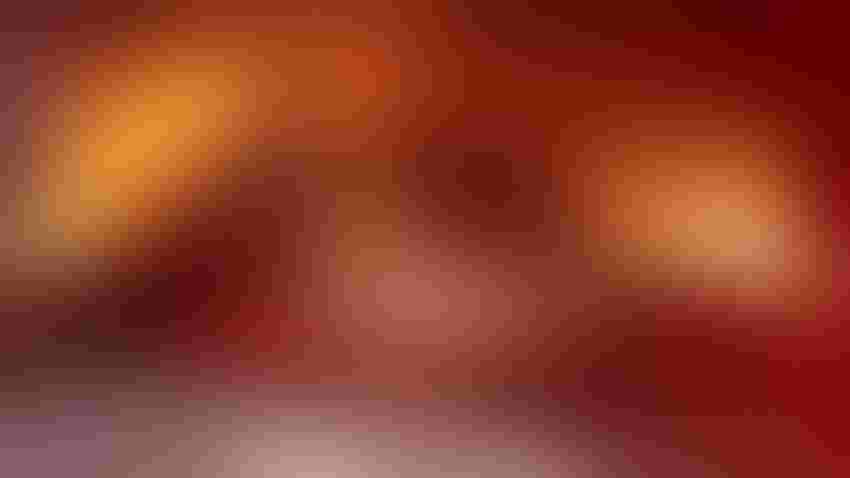 NIGHT OF FIRE: On Dec. 18, The Andersons’ 3-million-bushel storage dome caught fire. It is now under control, but still burning in spots. Michigan Farm Bureau

What kind of fire takes 7.5 million gallons of water to get under control — and keeps burning?

One fueled by 3 million bushels of corn.

It’s been 25 days since a fire engulfed a massive grain storage dome operated by The Andersons Inc. in Hemlock, Mich. — just west of Saginaw — requiring more than 150 firefighters from across Michigan to rush to the small town to fight the towering flames.

Rob Grose watched the night of Dec. 18 as fire crews tendered in water from nearby Thomas Township, running “like clockwork” to move the initial 3.4 million gallons in to douse the blaze.

“I'm truly proud of our fire department,” says Grose, who serves as the supervisor of Richland Township, which encompasses Hemlock. “They really went above and beyond here. Same thing with mutual aid throughout the state. It was like clockwork, like they worked together for years. It was just amazing.”

All told, there were more than 80 fire departments that helped in the immediate aftermath. While those crews have long since returned home, the cause of the fire still hasn’t been determined.

An investigation by the Michigan State Police and the Bureau of Alcohol, Tobacco, Firearms and Explosives (ATF) is still ongoing, Grose says. They’ve since released the scene to The Andersons.

“There is a fire going deep, deep down into the grain,” Grose says. “Every time you move the corn, it'll spark up a little bit because it's getting more oxygen.”

The Andersons brought in a salvage company from Iowa that’s started sifting through the corn that’s left and screening out debris using special equipment and two large cranes, Grose says.

His understanding is that the company is waiting for USDA and Food and Drug Administration officials to give them permission to move the corn off-site while they wait to learn if the remaining corn could be reclaimed for use in ethanol or cattle feed.

It’s a process Grose says will probably take several months. Until then, he says the site is being monitored by the specialty crews brought in from Iowa that have cameras set up to watch the scene around the clock.

While that process plays out, there’s a mountain of uncertainty for the tight-knit community that’s as big as the still-smoldering grain pile itself.

“The issue, quite frankly, for the farmers in this area is what are they going to do with their products next fall? And we're not sure. We don't have an answer for that yet.”

It’s a problem that Grose worries about, especially since he’s heard that nearby elevators were booked solid last year.

“The Andersons is handling it, but at some point in time here — I would think in the next month or so — they'll probably reach out to us to have a discussion on what the future holds there and what they're going to do.”

Adamy is the media relations specialist for Michigan Farm Bureau.