Challenge over water rule litigation lies in whether it should start at appeals level or in district courts. 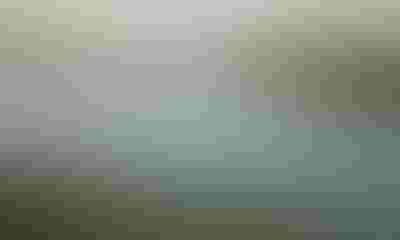 Many of the national agricultural organizations have taken another step in trying to ensure the litigation process is the right one in the ongoing fight against the Obama Administration’s waters of the U.S. (WOTUS) rule.

A total of 14 organizations including the American Farm Bureau Federation as well as beef, poultry, egg, pork, and corn grower groups are seeking to vacate the Environmental Protection Agency’s and U.S. Army Corps of Engineers’ WOTUS rule. In a petition they are asking the U.S. Supreme Court to review whether the 6th Circuit Court is the appropriate court to hear challenges to the rule. The 6th Circuit earlier dismissed arguments that legal challenges to the rule should be brought first in federal district court and not courts of appeal.

Federal courts of appeals are divided on how to interpret a provision of the Clean Water Act mandating that certain types of legal challenges be filed directly to courts of appeals. When pressed to decide this question, the 3-judge panel of the 6th Circuit issued three separate opinions with only a single judge concluding that jurisdiction was lawfully in that court, making this question ripe for clarification by the Supreme Court, AFBF said in a statement.

“This petition to the Supreme Court is not related to the merits of our case and we are confident that eventually the 6th Circuit and the Supreme Court will agree that the rule is unlawful,” said Ellen Steen, general counsel for AFBF. “The petition was filed because the jurisdiction question is one that repeatedly arises in challenges to Clean Water Act actions. The time is ripe for the Supreme Court to resolve confusion among lower courts as to where jurisdiction lies, so that the American Farm Bureau Federation and others can stop wasting time and resources arguing with the federal government over where to file these important legal challenges.”

Scott Yager, environmental counsel for the National Cattlemen’s Beef Association, explained the Clean Water Act clearly defines different categories of lawsuits that should begin in the appellate level, and this is not one of them. The Supreme Court should make a decision on the procedural process to ensure whatever rulings are made, can also stand up against future jurisdictional challenges. Yager warned that if the current case in the 6th Circuit Court of Appeals brings a win to those opposed to the rule, environmental groups could actually get it thrown out on jurisdictional levels if the Supreme Court does not come in and say one way or another whether it should or shouldn’t start in the district court level.

“We are going to take every opportunity to fight for the correct way that the law works to win this case,” Yager said. He added because the expansive nature of WOTUS and the increased jurisdiction it gives the government on everything from waterways to dry features, they’re “going to keep fighting the fight” to make sure the legal process is one that does as Congress intended and allows for the proper process.

The Supreme Court would decide whether to hear or deny the petition this fall, either October or November. If they decide to hear the petition, which would only determine the procedural process of WOTUS, not the merits, it would be heard next spring from the March to May timeframe.

Yager said if the Supreme Court decides to grant the petition, it may put a stay on the 6th Circuit Court of Appeals case and wait until they’ve made their final decision. If they decide district courts are the correct venues, it could send all the cases back down to the district court levels.

When the regulation was first released in June 2015, several attorneys general and commodity groups filed cases in district courts all across the country. One in North Dakota actually issued a stay for the 13 states in that district. Recently a Georgia district court dismissed the case because the 6th Circuit was already further along in the process.

NCBA was party to a lawsuit that was brought in a Texas district court, which has not issued a ruling or dismissal of the lawsuit.