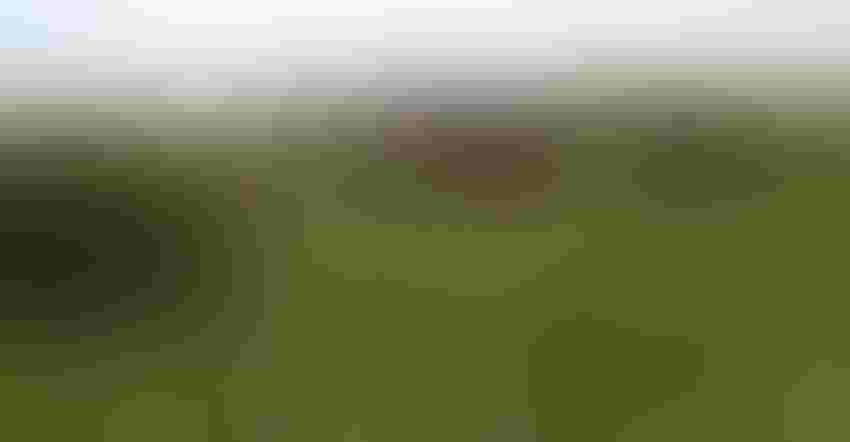 Nebraska is called both the Cornhusker State and the Beef State for good reason. It's a perfect marriage that it also would be an ideal location for cattle grazing corn residue in the winter months.

However, depending on the year, there also are about 150,000 grain sorghum acres in the state, and that can lend itself to added value for those with sorghum residue to graze.

"Clearly, the majority of the acres are still in corn residue, so the opportunity for cornstalks grazing is still very high," says Galen Erickson, University of Nebraska-Lincoln professor of ruminant nutrition. "Due to the sheer amount of residue, cornstalk grazing is very important to Nebraska."

"In grain sorghum residue, cattle consume the leaf first, but will consume some of the stem, which is different than corn residue,” Erickson says. “The energy content of the stem in sorghum is fairly good, similar to the leaf, but for some reason isn't as palatable as the leaf. In corn residue, they consume any downed grain first, then the husk and then leaf material. They will not consume the cob and stem unless forced to, and I would not force them to, because they're low in energy."

Neither corn nor sorghum residue is high in protein, however,  so supplementation may be necessary, depending on the animals grazing the residue. For example, a mature, dry cow won't require supplementation, while a lactating cow or growing calf will require protein and energy supplementation.

"In all situations, grazing corn or grain sorghum residue works very well ­— cattle use that high-quality residue that's left, and leave the low-quality residue we want for cover," Erickson says. "Even in aggressive grazing situations, cattle are still removing less than 20% of the material out on the field, and we've not seen any issues due to compaction and grazing."

What about grazing standing sorghum during summer? Mary Drewnoski, Nebraska Extension beef systems specialist, notes that in these cases it's usually a better choice to graze sorghum sudangrass.

In either of those cases, however, prussic acid can be an issue at certain points in the year. That's why it's important not to start grazing it until it reaches 18 inches in height, and to avoid grazing it within seven days of a frost.

However, most often, when sorghum sudan is grown in Nebraska, it's usually hayed in summer, and the regrowth is grazed in winter. Or, it's planted in late summer after another forage crop and stockpile grazed in winter, similar to stockpiling perennial grasses for winter grazing.

"In western Nebraska, windrow grazing has really picked up,” Drewnoski says. “They plant it, and when it's fairly mature, they cut it and then windrow it and leave it until the winter and graze those windrows. You can cut down on waste by windrow grazing rather than leaving it standing, because you can easily strip-graze it. It's hard to strip-graze taller plants, which cattle often trample to the ground."

Sorghum has found a place in western Nebraska stockpile grazing scenarios largely because of its ability to produce biomass in water-limited environments.

"If you look at options for producing forage, sorghum sudan is one of the kings of biomass production,” Drewnoski says. “In eastern Nebraska where we have a lot of moisture, we double crop. We planted July 20, and we had almost four tons of dry matter per acre produced during that late summer period. That's a lot, and that's with a late planting. It has potential to produce a lot of forage. That's why it lends itself to windrow grazing ­— you get a lot out of a limited number of acres."

"It can be used in potentially water-limiting situations to produce large amounts of forage," she adds. "Grain sorghum and sorghum sudan are pretty good at producing biomass with relatively low amounts of water. I think that's why you see it more as you go farther west."

Del Ficke, who grows both grain sorghum and sorghum sudangrass for grazing on his farm west of Lincoln, also has realized soil health benefits from introducing sorghum into his grazing rotation.

"It really creates a nice seedbed to plant that next crop into, especially when you've grazed cattle across those stalks," Ficke says. "You've got beautiful, big channels from sorghum's roots that go down that seem to be a natural place for worms to start migrating through. Water retention is increased greatly. That's why we've introduced sorghum in all of our cover crop scenarios."

On one 4.5-acre field on Ficke's farm, he notes that the organic matter content increased from 2.6% to 6.9% over the course of 10 years — because of a combination of continuous cover cropping (including a heavy dose of sorghum sudan and grain sorghum) and grazing.

"The water retention is around 13 inches per hour. We're at about 4 to 6 inches per hour on our other acres," Ficke says. "Sorghum has been in that rotation every year for 10 to 12 years in some way shape or form. Whether it's milo or forage sorghum or sorghum sudangrass. It's always in there, and we let it get mature at 10 to 12 feet and then let cows go in and graze. When you dig under that mat and the channels it creates, it's pretty cool. It makes you think for just a couple bucks per acre you're getting that improvement to soil health