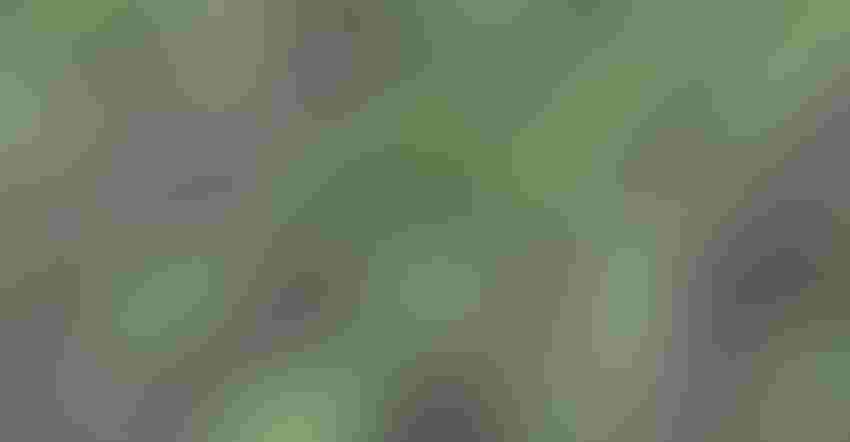 SLUGS THIN STANDS: Slugs may hang around longer than normal if cool, wet conditions persist. Slugs were responsible for the missing and stunted plants here. There is no treatment.Tom J. Bechman

What soybean insect pests might I see through June? Which ones should I worry about? Which can I ignore?

Bower: Start with wireworms, seedcorn maggots, white grubs and slugs. They mostly damage poorly or slowly growing soybeans during cool, wet conditions. However, since the use of seed treatments — even just fungicides — I don’t see much early-season insect damage except slugs.

Slugs can be more problematic in reduced-tillage fields, weedy fields and where crops are planted into weeds and other covers, especially where the slot isn’t closed. Reduce damage by planting early where soil conditions allow, so soybeans get growing before typical slug hatch between mid-May and early June. If planting near hatch, get the seed slot closed!

If pests reduce stands below 75,000 plants per acre, replanting affected areas is warranted.

Aboveground pests include bean leaf beetle, seedcorn beetle and thrips. Bean leaf beetles typically hit the first emerging soybeans and aren’t too concerning overall, but they can vector bean pod mottle virus. This can cause green stem and delayed maturity. Soybeans can tolerate 40% defoliation before treatment is warranted.

Seed maggots are a sporadic threat. They prefer soybeans planted after manure applications or in heavy-residue fields. Most damage is expected when adult flights sync with germinating seeds. The only effective preventive action is a systemic seed treatment. Replanting is the other option if stands are destroyed.

Slugs are another sporadic pest in cool, wet springs in fields with heavy residues.

Miles: Common early-season soybean insect pests are of the underground variety and might not be detected during a casual scouting trip. Keep a small spade handy, and dig for answers. Early clues to underground insect pressure will likely be poor emergence, missing plants, and wilting or poor early growth due to insects feeding on roots and seeds. The three likely suspects will be wireworms, white grubs and seedcorn maggots. The best available defense against these pests would be insecticidal seed treatments. Priority fields to consider for scouting would be areas of heavy manure applications, past forage and cover crop fields. Scouting for these pests is usually performed when plants emerge, and inadequate stands are apparent. Seedcorn maggots will be found adjacent to the seed, while white grubs may burrow up to 6 inches under the row. Heavy infestations of wireworms are probably the most difficult to manage with seed treatments. Predictive scouting can be done using bait stations prior to planting. Rescue treatments are normally not an option, making early detection an important goal. Stand establishment should be monitored closely in case replant decisions need to be made.