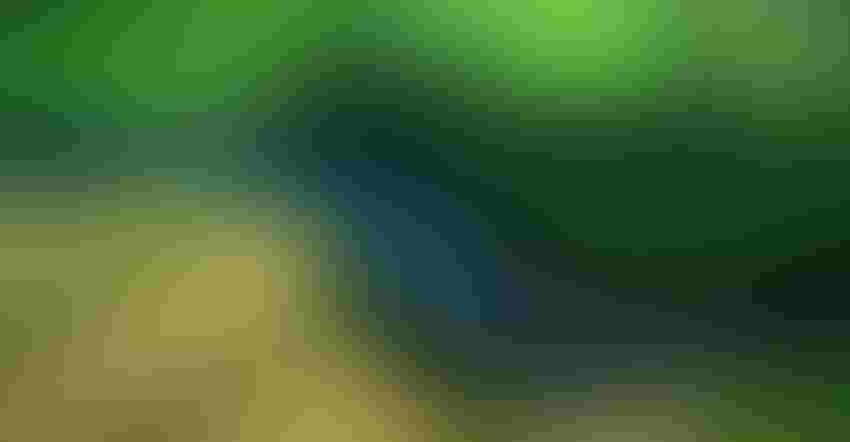 PROFIT FROM FORESTS: Forestlands near farm fields may be a new income source, thanks to work by a reforestation and carbon banking system called GreenTrees.Blaine Harrington III/Getty Images

A chat with Chandler Van Voorhis is an energetic ride through the history of building a carbon credit-based enterprise. Over the phone, his enthusiasm for the work of GreenTrees, is unmistakable — and perhaps it should be. The organization, a global leader in reforestation and carbon banking, recently paid out more than $2 million to landowners for the carbon they stored on their property.

But the road to those payouts has been long, and Van Voorhis, managing partner of GreenTrees, admits it has been filled with its share of challenges. “My business partner and I were looking for a way to bring private capital into the carbon market, back in the mid-1990s,” Van Voorhis recalls.

Those were the initial heyday conversations about the potential for carbon sequestration and new income streams for farms and other businesses that captured carbon. Trouble is, the work of measuring the impact wasn’t easy.

“We’ve gone through a lot of twists and turns,” he says. “We’ve spent half our time building a market and the other half building a business, and it’s been 20 years of actively working on this particular market and opportunity.”

The market is to measure the amount of carbon captured in forest areas, often on farms. The company’s main work has been in the Mississippi Delta, and GreenTrees works closely with Winrock International and the American Carbon Registry.

First step in the process is to measure that carbon capture in a forested area enrolled in the program. “We quantify the height and diameter and species of every tree with statistical precision,” he says. “We work with third-party verifiers, so all the numbers and documents are in order.”

Once cataloged, Van Voorhis says the carbon becomes no different from other commodities that can be traded and transferred to a buyer.

The power of reforestation

GreenTrees works to match buyer to seller, Van Voorhis he says there’s a lot of rigor around quantifying that process. “Then, the key is how to deploy a planting and reforestation strategy,” he says.

Trees do start small and grow over time, capturing more carbon, and that carbon is measured regularly for the carbon market. He explains that GreenTrees has developed a number of planting areas, usually bottomland hardwoods, which can include mixed hardwoods. “That really depends on what the soil is telling us and what we can plant,” he says. “We work with landowners as small as 7 acres up to 1,700 acres, and verify our pool of acres."

The Mississippi Delta was a good starting point since it drains 41% of the U.S. watershed and is a flyway for 60% of all migrating birds on the American continent, Van Voorhis points out. At one time the region had 24 million acres of hardwoods, and that’s fallen to 4 million acres. The GreenTrees program is putting back an added 1 million acres in the area, targeting marginal land that is frequently flooded. “This is not good ag land,” he points out. “We’ve overcleared our lands. We need to put some of that land back into trees, but keep the good ag land for farming.”

Van Voorhis notes that trees filter phosphorus and nitrogen, provide a critical habitat for birds and other species, and that carbon program can be a conduit for financing restoration of this region and other parts of the country. “We're looking at replicating this on other river systems,” he adds.

On the financial side, Van Voorhis drops names like a banker, noting he’s working with companies like Microsoft, which have stated zero-carbon goals for the near future. He adds that there’s other market pressure, as socially responsible investment funds garner more earnings and attention.

“Upwards of 40% of invested capital is into socially and environmentally responsible investments,” he says.

That simple change in the environmental focus of the investor is driving more companies to cut their carbon emissions — and one way to do that is to buy carbon credits. California has a market and even a set price per ton for carbon, but he says the price companies pay GreenTrees for that stored carbon is determined by many factors.

And while reforestation has played a big role in the carbon market so far, he explains that farmers with more traditional agricultural practices will see more of their carbon-storing effort recognized as income potential. “Ag is behind in the standards and methods of counting carbon stored,” Van Voorhis says. “But there's a huge groundswell of effort to figure out a role that the farmer can play [in this market].”

Learn more about the work of this organization at green-trees.com.