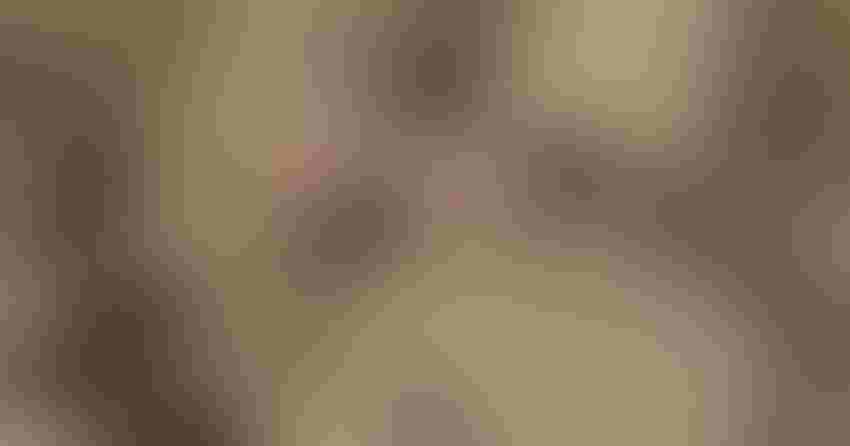 Challenging. Discouraging. Just plain bad. These are some of the words that Louisiana sweet potato farmers and scientists who study the crop use to describe the 2022 growing season.

From high input and labor costs to adverse weather conditions, this year brought a range of problems to an industry already struggling with declining acreage and fewer outlets for selling the flavorful orange tubers.

“To me, this was the worst year that I have seen in my career doing sweet potato work,” said Myrl Sistrunk, LSU AgCenter sweet potato specialist. He has been working with the crop since 1990.

When growers, researchers and others gathered near Alexandria Dec. 8 for the annual meeting of the Louisiana Sweet Potato Association, they reflected on the hurdles they overcame this year — and what they portend for the future.

The 2022 growing season started off with ideal conditions. Then the summer turned hot and dry, hampering crop development. Farmers clamored for rain — but when storm clouds finally rolled in, they dropped as much as 20 inches of rain in a matter of days, flooding fields and rotting potatoes.

The damage was worst in northeastern Louisiana.

“Saturated soil is not good for sweet potatoes at all,” Sistrunk said. “They’re a living, breathing organism.”

The challenges only continued. As farmers readied for harvest, they discovered decomposing potatoes alongside many that were undersized. Some decided to delay harvest in a last-ditch attempt to make a decent crop. By then, however, another dry spell had set in.

“We went from a 110-day crop to about a 150-day-old crop. We pushed the crop on as far as we could to get some size on it, to get the maximum potential out of our crop this year,” said Jason Ables, a Morehouse Parish farmer. “And it still didn’t turn out the way we wanted it to.”

It was a blow to farmers who had been banking on a bumper crop to help offset skyrocketing costs of production. Sweet potatoes are expensive to grow even in a good year due to their labor-intensive planting and harvesting process. With costs of fertilizer, fuel and H2A workers reaching record highs in recent years, farmers are now spending $4,500 to $5,000 per acre to grow their crop, Ables said.

“It’s bad all the way around,” said Michael Salassi, an AgCenter economist and director of the Louisiana Agricultural Experiment Station.

Unlike farmers who grow soybeans, corn and other crops that have government support programs, sweet potato producers do not have that type of safety net.

“In years where we do have really adverse weather like this past year, we will have a disaster declaration, and so there is a chance to get some federal money to help support producers,” Salassi said. “But generally, they don’t really have a whole lot of other options than to regroup and hope next year’s a better year.”

“Our acres in the state have been declining over the last several years,” he continued. “We’re down to about 7,000 acres of sweet potatoes, and it’s not because in good years it’s not a profitable crop. It’s that there are so many production risks that sweet potato growers face, it’s a tough business to stay in for the long term and survive.”

At one time, he said, Louisiana had about 20,000 acres of sweet potatoes. The remaining 7,000 acres is concentrated in a handful of parishes: one cluster in northeastern Louisiana and another in the south-central part of the state.

Ables expects acreage will continue to decrease, perhaps falling to 6,000 or 6,500 acres next year. Many factors are contributing to the decline, he said. Older generations of farmers are retiring, and crop marketing is increasingly difficult.

“To see it dwindling down, it’s kind of sad,” Ables said.

About half of Louisiana’s sweet potato crop is grown for the fresh market; the other half goes to processing facilities. Many northeastern Louisiana farmers primarily grow potatoes for French fry production.

“Right now, we’re seeing that they’re slowing down the processing of their potatoes because of supply and demand,” Ables said. “So we’re at the mercy of the processors right now.”

While the situation can feel discouraging at times, sweet potato farming remains close to Ables’ heart. His family has been in the business for three generations.

The dedication of farmers like Ables is admirable, said René Simon, executive secretary of the Louisiana Sweet Potato Commission. And it is important for people to support them.

“You not only keep the farmers in business,” Simon said, “but those dollars stay local.”

The commission markets Louisiana sweet potatoes and funds AgCenter research aimed at keeping the industry viable. Sweet potatoes, which have been grown in Louisiana for more than 200 years, contribute about $85 million annually to the state’s economy and are the largest vegetable crop grown here.

Louisiana sweet potatoes are noted for their high quality and are considered a staple of local cuisine.

“It’s really important that we not only support our farmers financially, but culturally,” Simon said. “It’s such a part of Louisiana.”