This critical livestock feed source could see a boost in quality in new work at Washington State University. 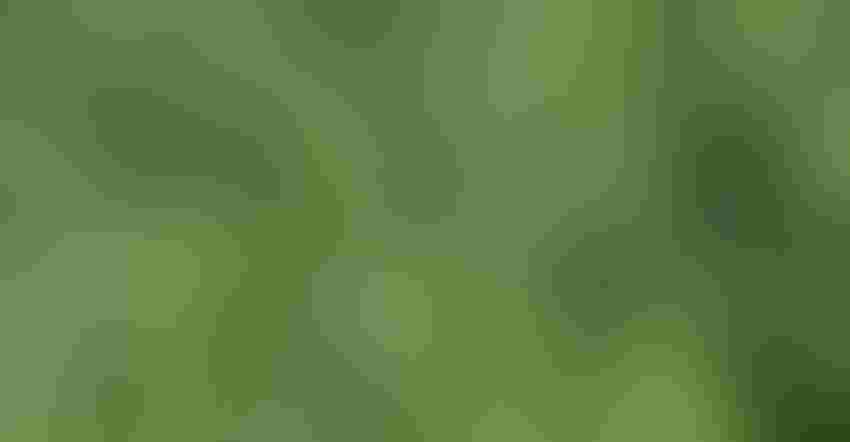 MYSTERY PLANT: The complexity of the alfalfa genome makes quality improvement a challenge, but a group of researchers have identified key genetic markers that could pay off with improvements in the future.Willie Vogt

There’s a crop in the Northwest that’s an important food source that very few if any humans have ever consumed — alfalfa. But for dairy cattle and other livestock, it’s a key feed source used around the world. And new research is aiming to make this crop more digestible and nourishing in the future.

Scientists at Washington State University, USDA and partner institutions have been investigating the alfalfa genome and have identified 10 genetic markers, and promising parent varieties, that could lead to higher-quality hay.

Steve Norberg, WSU Extension forage specialist, notes that while people don’t eat alfalfa, millions of animals do. “Alfalfa is one of the most important crops in the U.S., and an agricultural mainstay here in the Pacific Northwest,” he says.

Alfalfa is the nation's third-most-valuable field crop, worth more than $9 billion annually. In Washington alone, the crop is grown on more than 400,000 acres — most intensively in the irrigated Columbia River Basin. That hay is exported around the world, notably to China, Japan, Saudi Arabia and the United Arab Emirates, where demand has risen steadily.

Alfalfa has a large, complex genome that has hindered efforts to breed it for desirable qualities including higher protein, lower fiber and easier digestion by dairy cows. Norberg says the goal was to “find the genes behind those traits, and then pass that data on to commercial breeders who can introduce better varieties of alfalfa.”

Some of the markers researchers found were linked to more than one trait, showing that common genetic factors control multiple traits. Plants’ yield and quality also varied by location, suggesting that the environment interacts with genetics to affect results.

Fiber is a key component of alfalfa and an important energy source However, less than half of alfalfa’s fiber can be digested and used by cows.

Team researchers wanted to learn if they could improve alfalfa quality by selecting genetics based on the digestibility of fiber. They measured fiber qualities and digestibility of several varieties, identifying strains that cold pass on valuable fiber traits.

This was a wide-ranging study that looked at calculating the potential increase in nutrient value of hay for better genetics. The study also sought out varieties that combined improved qualities and solid yields. Cultivars usually favor either high yields or good forage quality, but some strains delivered both.

The genetic markers researchers discovered are being shared with growers and breeders, and the research team plans to share results with the research community through publication and discussion. Adds Norberg: “These genes could really change things and speed up improvement in seed programs. Breeders will be able to use these strains to bring out new varieties that are more digestible and nutritious for dairy cattle, giving our alfalfa and dairy producers more value.”

Norberg says the project could not have happened without NAFA’s effort. “Producers have known for a long time what a better understanding of the genes behind forage quality could bring to this industry,” he adds.