But weather and global events could quickly change things. 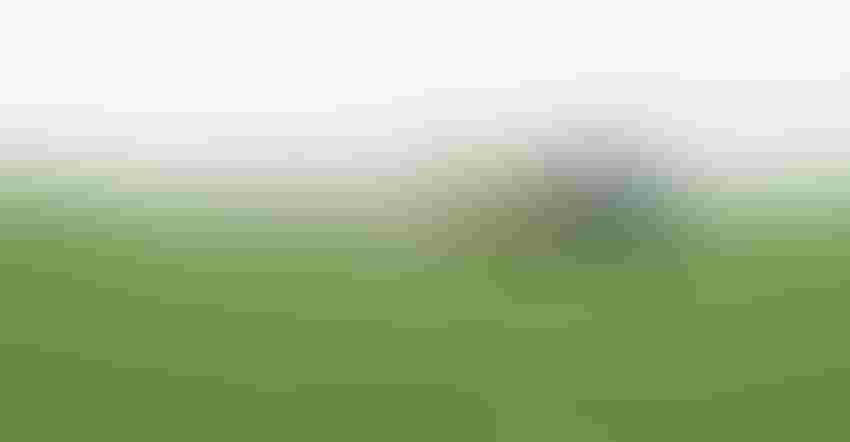 HUNGRY CROPS: As long as commodity prices remain high, fertilizer demand will remain high, too, which is one reason Jason Troendle of The Fertilizer Institute thinks high fertilizer prices will likely remain through next spring. Leonid Eremeychuk/Getty Images

If you haven’t purchased fertilizer yet for 2023, don’t expect much price relief between now and next spring unless commodity prices and natural gas prices come down dramatically.

And that’s not likely, at least at this point, according to Jason Troendle of The Fertilizer Institute. Speaking at the recent Keystone Crops and Soils Conference in Grantville, Pa., Troendle said you must go back to the 2008-09 planting season for the most dramatic example of fertilizer price collapse in one year.

“We saw the largest decrease in absolute numbers and percentage of fertilizer application go down,” he said. “Nitrogen application went down 9%, phosphates decreased 26%, and potash decreased 34%. So, we saw a historical number of folks pull back on their application because of that affordability.”

But he doubts that will happen next season.

He pointed to rice as the best example. While other commodities have seen strong prices, rice has lagged, he said, and he expects next year’s rice crop in the U.S. to be one of the lightest in history simply because growers, at these high fertilizer prices, don’t have much of an incentive to grow the crop, he said.

What other factors may impact fertilizer prices? Pay attention to weather, especially this winter. If the weather isn’t bad and natural gas for heating decreases, it could result in some price relief as natural gas is a major component in the production of anhydrous ammonia.

Then there are geopolitical factors in play. China, for example, which accounts for 25% of global phosphate exports, could have a big impact on phosphate prices if it decides to export more product in the coming year, he said.

The Russia-Ukraine conflict is also something to pay attention to, Troendle said, as more than 10% of U.S. potash has historically been imported from Russia and its ally Belarus, both of which have been sanctioned by the U.S. and other countries because of the invasion of Ukraine.

Russia is also a big exporter of natural gas.

How we got here

Last year, anhydrous ammonia, the most prevalent form of nitrogen that producers use, shot up to $1,400 a ton, up from $600 a ton the previous year, Troendle said. While phosphate and potash also went up in price, it was not as dramatic as nitrogen, he said.

One reason for the increase was the effects of the COVID-19 pandemic on regular plant maintenance. Troendle said that during the pandemic in 2020, many fertilizer plants delayed maintenance to keep workers from getting exposed to the virus. This caused a lot of plants to go off line in 2021 when they should have been opened to keep up with demand.

“In summer 2021, twice as many fertilizer facilities were down as normal, as it was deferred from summer 2020. And we needed to run at full capacity, but that didn’t happen,” he said.

“So events, weather impacts and other things going on around the globe affect what goes on here,” he said.

Russia’s invasion of Ukraine and the subsequent economic sanctions have had a big impact on fertilizer prices. Russia exports 23% of the world’s ammonia, 14% of urea, 10% of phosphates and 21% of potash. While 84% of U.S. potash imports come from Canada, much of the rest has historically come from Russia and Belarus, Troendle said, so cutting those off will drive prices higher.

Russia is also a big producer of natural gas, which comprises between 70% and 90% of the cost to produce ammonia, he said.

The demand for fertilizers has also been high. Between 2020 and 2021, Troendle said fertilizer demand was up 6.2% from the previous year and hit a record high, largely driven by increased demand from Brazil and countries in southeast Asia. Normal year-over-year fertilizer demand increases anywhere from 0% to 2%, he said.

Though worldwide fertilizer demand was lower this year, he expects demand to rebound next year, especially if crop prices remain high.

“Domestically here in the U.S. … we still see fairly strong commodity prices, both in corn, wheat, soy and cotton,” he said. “If, in particularly, corn prices remain high, demand for these nutrients will likely remain high, too, as producers will need nutrients to grow their crops.”